As part of an exhibition on the 1981 Springbok tour protest, Ngā Taonga Sound & Vision has restored and remastered Patu!, the masterwork of wahine Māori filmmaker Merata Mita and her artistic collaborators. Dan Taipua looks back at the legacy of this cinematic taonga.

Patu! is a documentary from a different age: before the tools for filmmaking were widely democratised, before video footage of protests could be captured by just about anyone, back when film was difficult and required a bloody-minded commitment to complete. Against these constraints, and against the will of an aggressive government and widespread public opposition, Merata Mita and crew were able to create a vital and galvanising work of art that perfectly captures the spirit of its time and continues to resonate today.

Patu! isn’t a film about the South African rugby team touring Aotearoa in 1981. Instead it focuses on the protest movement here in response to apartheid. Its story is told entirely from within that movement, filmed in situ, never shifting position from the people it stands beside. The film is an ally to the cause, and an act of solidarity through its record of events.

As the film progresses we see the machine of the protest movement come to life in real time – from public engagement and ally-seeking, to solidification of purpose and resolve, and finally direct action at great personal danger and cost. We also see the machine of massive state and corporate power bear down on the protest movement – from monitoring of groups, to forceful restriction of movement and association, to outright bloody violence against citizens. 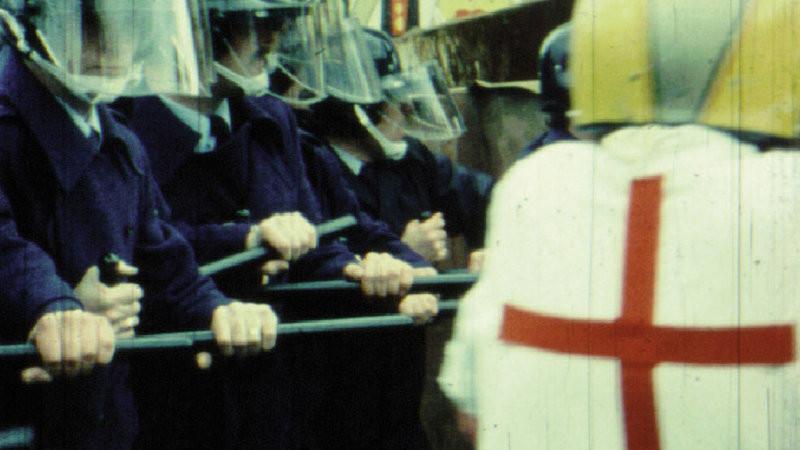 Peace in the meeting house, violence on the streets

Following a strict chronology of events, Patu! begins at the announcement of the 1981 tour, before any rugby games have taken place and before the South African team has even arrived in the country. Meetings at the HART (Halt All Racist Tours) headquarters in Auckland show that group planning a campaign of public education on the realities of the apartheid regime, posting flyers, collecting signatures for petitions and unifying their sense of purpose as a group. At this point the filming is largely indoors, with stable lighting conditions and among a sympathetic crowd.

When it is made clear by the National government and the New Zealand Rugby Union that the tour will definitely go ahead, the protest movement reaffirms its own commitment and mobilises into mass demonstration. An increasing number of groups gather to protest, including the major denominations of Christian churches, workers’ unions, school students, representatives from Black South Africa, and many more. The film crew now have more activity to capture across a wide array of locations. They’re filming at night, at public demonstrations, at marae and at family homes, and the action moves between locations to relate the simultaneity of events.

By the time of the first match between the Waikato and Springbok teams in Hamilton, everything is on foot and in the moment. Protesters are now standing at barbed wire fences around rugby stadiums, being beaten by rugby fans and trying to make their way to the centre of the pitch. On the nighttime streets of Wellington, young women are beaten bloody by a confused and defensive police force.

From this point forward, across different games in different cities, filming is a kinetic and almost desperate navigation of space; the camera is almost continually in motion, attempting to capture as much as it possibly can. With synchronised audio impossible, wild sound is layered into the mix to orient or disorient the action on screen. The chaos of real life violence becomes chaos on screen. 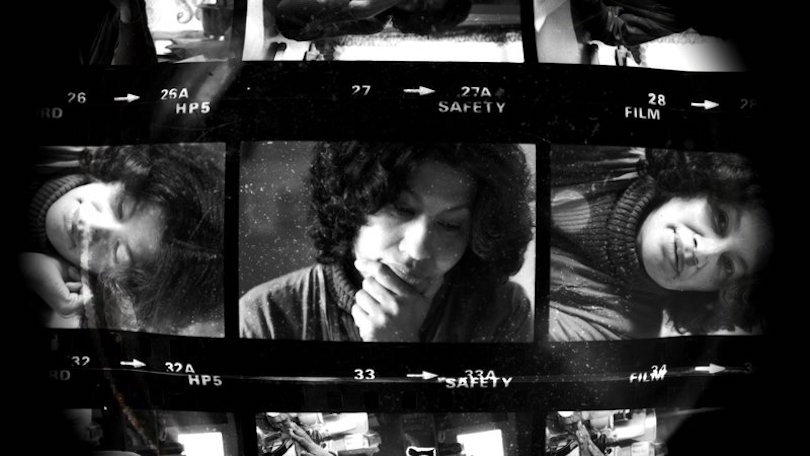 The presentation of Patu! is perhaps most remarkable for what it doesn’t include. There is only a small amount of narration from Mita, employed only to communicate the passage of time or to give concise historical or societal context. Likewise, title cards are kept to a minimum. Most noticeably there is a very limited use of “talking head” interviews. When people are talking they are usually addressing a crowd or a gathering of peers, contributing to or negotiating a collective response.

We call a director the author of a film as a result of certain cinematic traditions, but in Patu! Mita reshapes this tradition by allowing a number of voices to represent themselves, as they were heard, in front of their own allies. These voices are sometimes critical of the protest movement, even when they come from within the movement itself. Anyone familiar with te ao Māori will recognise this practice of communication: it is a simulation of the paepae, where we speak forthright and earnestly and listen with that same spirit. It elides the idea that any group is monolithic within itself, while that group is still able to embody a unified sense of purpose, or kaupapa.

The range of perspectives within Patu! also reflects the way the film was made. The credits list no fewer than 16 camera operators and nearly as many sound recordists, and while this makes it sound like epic and well-funded organisation, the truth was the exact opposite. The high cost of filming meant that most of Patu! was created on the scrounge, with the team digging up “short ends” of film stock left over from other projects or jobs. Maybe someone was filming an advert and added an extra day to camera hire so they could steal away to a night protest. Or maybe someone took a reel of Eastman Video News 16mm, used a few frames on a job, then marked it as spent. To make Patu!, many people contributed their time, skills and hustle to a collective cause – just like the protest groups themselves. The protestors gather in Patu!

In the intervening 40 years, history has judged Patu! much more kindly and accurately than the forces that sought to see it buried. Patu! has been accused of being one-sided, but it is only “biased” if we accept that an accurate record of real-life events, captured as they occur, represents a mistruth. Certainly, it is not the only record that exists: the Springbok tour was covered widely in print, and on radio and television. Many other documentarians have covered the events from a historical viewpoint. Ross Meurant, a leader of the violent police response, authored a book about his own role in the affair.

Patu! stands as a landmark contribution to documentary and to cinema as direct action, easily placed alongside other works like Agnes Varda’s The Black Panthers (1968) and Barbara Kopple’s Harlan County, USA (1976). It holds a special place in the hearts of the Indigenous filmmakers who were inspired and energised by it, and who recognised the paepae aspect of authorship mirrored in their own cultures. Most significantly, it was viewed with respect and solidarity by Black South Africans, including Archbishop Desmond Tutu, and by fellow Indigenous people. Few works of documentary ever become moral as well as artistic achievements.

Ngā Taonga Sound & Vision are making sure the legacy of Patu! endures by commissioning a full digital restoration of the film. This includes digitally scanning each frame captured by the 16 different camera operators shown in the final cut, filmed in varying conditions of light and natural deterioration, and carefully restoring colour to every image. Ngā Taonga has also cleaned and carefully matched the recorded sound to maintain the intentions of the original filmmakers.

Truly a national treasure, the fully restored version of Patu! screened on July 25th at Hamilton Museum with an introduction from HART organiser, John Minto.

While we await a wider public release of this reclaimed taonga, a full-length stream of the original film is available here.