In 1998 a serial thief wrenched the precious and very popular painting James Tissot’s Still on top from a gallery wall. Police found the painting under his bed a week later, in shocking condition.

The story of Still on top is one of 33 featured in the fascinating new book The Back of the Painting : Secrets and stories from art conservation, which Sarah Hillary, principal conservator at Auckland Art Gallery Toi o Tāmaki, co-wrote with fellow top conservators Linda Waters and Jenny Sherman. This version contains a couple of bonus paragraphs about the detail of the restoration work, which Hillary generously added in at our request.

The phone rang one quiet Sunday morning in 1998 when I was working in the conservation studios at Auckland Art Gallery. It was David George from security. “Something terrible has happened,” David said. “I’ll come up.”

The tone of his voice made me get up from my desk and go to meet him, my heart racing even before he told me the awful news: A gunman had been terrorising people in the building and had stolen the Tissot painting. 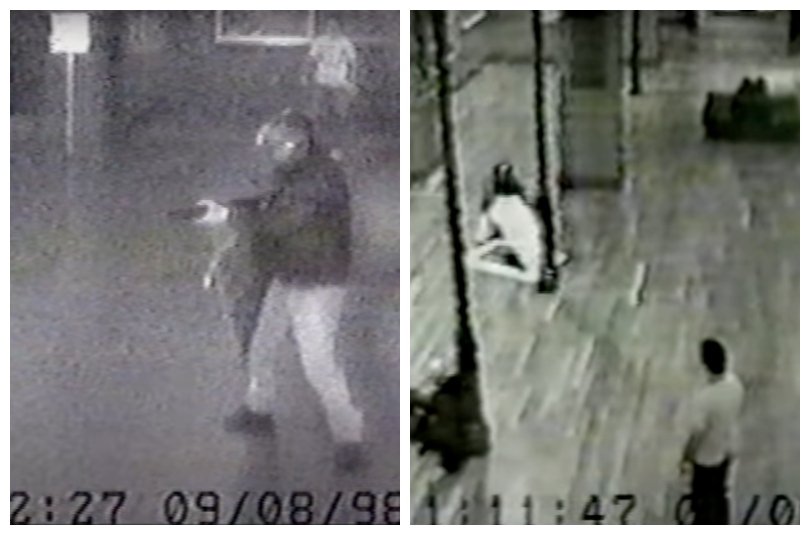 There is a protocol at the gallery that if anything is damaged nothing is to be moved, and conservation is to be called immediately. By now the Lower Wellesley Gallery was a crime scene, but I was still taken there, where I saw the broken glass and frame on the ground. Later we watched security video footage which showed the perpetrator throwing the painting face down on the floor and using a crowbar to roughly take it out of the frame. The painting might have looked robust, but that sort of treatment would savage it – the breaking glass cutting through the canvas in jagged slices and causing innumerable tiny paint losses. Firing his gun at the staff who were following him around the side of the building, the perpetrator stuffed the painting in a bag and zoomed away on a motorbike.

Still on top was 125 years old when it was stolen and had been in excellent condition for a painting of that age, with only some small cracks in the paint and discoloured varnish residues on the surface. James Tissot was famed for his scenes of modern life and his tremendous virtuosity in capturing decorative detail. The painting had always been very popular with the public and it was often on display. James Tissot painted Still on top, in oils on canvas, in about 1873. It was gifted to the gallery by Viscount Leverhulme in 1921 (Photos: Supplied; Auckland Art Gallery)

The police found the painting in just over a week, but when they brought it back to the gallery I was shocked by its condition. Not only were there horrifying large tears and losses, but the thief had also caused further damage in his attempt to remove it from the stretcher and roll it up. The treatment took conservator Nel Rol and me two years to complete, and I spent at least six months of that time working on the back of the canvas. The careful reattachment of loose sections and replacement of missing areas was crucial to the successful repair of the painting, and because of the extent of damage and the need for additional support, it was necessary to attach a fabric lining.

The treatment of a painting so savagely damaged and now incredibly fragile, requires careful planning. The first step is to learn as much as possible about the artist and painting structure, and use this information, as well as research and tests, to determine a suitable treatment. We abide by the professional ethics and standards of practice of the NZCCM conservation body which requires us to keep the artwork as original as possible, to retard deterioration, and to use stable and reversible materials.

The treatment can then begin in stages, each one developed to be independent of the others, so that it can be undone if necessary. Texturing of gesso fills where paint had been lost (Photo: Supplied)

With Still on top, stabilisation was the priority, as paint was literally falling off where the painting had been cut by glass when it was thrown to the ground, and from the knife when the perpetrator tried to cut it off the stretcher. Once this had been carried out it was possible to work from the back, which was necessary to begin the repair of the tears and replacement of loose pieces. Using magnification it was possible to realign the threads and adhere them in position, before turning the painting over and working from the front. I was also able to use the irregularities of the canvas weave on the back to identify where loose pieces of canvas came from, as we received a number of these that the police had discovered in the hiding place with the painting. Because of the extensive tears, it was decided to attach another canvas with a specially formulated contact adhesive to the back to provide additional structural strength. The painting was then reattached to the stretcher using the original tacks.

The areas of paint loss were filled and textured and a discoloured varnish was removed, as it was not original and would interfere with the retouching.  Finally, the losses were retouched using conservation synthetic polymer paints and the painting revarnished. A new replica Tissot frame was also made for the painting.

The treatment of Still on top successfully stabilised the painting and reintegrated the image, and today the painting is still often on display at Auckland Art Gallery.

The Back of the Painting: Secrets and stories from art conservation by Linda Waters, Sarah Hillary and Jenny Sherman (Te Papa Press, $45) is available from Unity Books Auckland and Wellington.