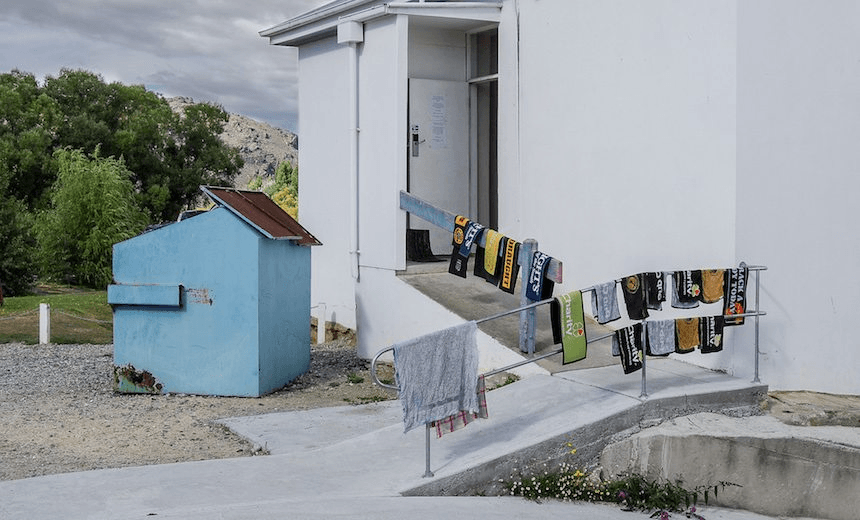 The weekly best-seller chart at Unity stores in Auckland and Wellington, for the week just ended: November 18

It’s not really about shops at all, it’s actually an evocation of the profound melancholy and unexpected beauty of ordinary New Zealand life, but certainly there are stories and images of shops in the introductory memoir by author Steve Braunias and the 44 photographs by Peter Black, who is one of the great colourists of the age; in any case, it’s an awesome book.

Winner of the 2016 Man Booker Prize but not as popular as The Shops.

Outstanding memoir by the winner of the 2016 Wintec Press Club Best Writer in New Zealand Journalism Award, presented last week; his book,  centred on his unusual, depressive, brilliant literary father, is bound to feature in next week’s longlist for the Ockham national book awards.

4 Grant and I: Inside and Outside the Go-Betweens (Hamish Hamilton, $40) by Robert Forster

“Robert Forster writes a moving, definitive portrait the Go-Betweens deserve…The heart of Forster’s memoir is his friendship with Grant McLennan, but it skirts the topic of heroin that hangs over it like a shadow”: The Guardian, in a four-star review.

“A difficult, ambivalent, precious mother-daughter relationship forms the core of this beautiful, clever novel”: The Independent.

Not as popular as The Shops but quality illustrated non-fiction nonetheless, with photos by the legendary Jane Ussher.

“I believe O’Malley’s book is the most significant history title to be published in New Zealand in a generation. There is no other book that shows such depth of scholarship, fine judgment, and skill in narrating such significant events but also connecting them to the present. It should be owned by every New Zealander who wants to understand their country”: Aaron Smale, Mana magazine.

9 A Brief History of Everyone Who Ever Lived: The Story in Our Genes (Weidenfeld & Nicolson, $40) by Adam Rutherford

Xmas bumper annual for kids FT stories, puzzles, drawings and something by the ever-popular Steve Braunias.

We have received Elizabeth Heritage’s review of Smith’s latest novel and we will post it anon. Spoiler alert: she kind of thought it sucked.

“My book has something to offend everyone,” bragged the author, but actually it’s been a very well-received, not especially controversial novel which won the 2016 Pulitzer Prize for fiction.

Memoir by one of the pioneers of the Marlborough wine industry.

Publisher’s blurbology: “The Hanging Tree was the Tyburn gallows which stood where Marble Arch stands today. Oxford Street was the last trip of the condemned. Somethings don’t change. The place has a bloody and haunted legacy and now blood has returned to the empty Mayfair mansions of the world’s super-rich. And blood mixed with magic is a job for Peter Grant.”

“Sparks fly as Rankin’s much-loved detective tackles an unsolved murder from the 1970s”: The Guardian.

We have received Linda Burgess’s review of this extremely popular history and we will post it anon. Spoiler alert: she loved it.