Tara Ward transcends the cat v dog debate with a list that also includes a goat, a duckling, and a butcher who likes to share his meat.

New Zealand bloody loves Hairy Maclary. We’ve made films about his life, erected statues in his honour, and turned Hairy Maclary from Donaldson’s Dairy into the bestselling book of last decade. The prime minister once read a Hairy Maclary book on national television, and we all know a small kid who can’t put their pants on properly but can drop a casual “cacophony” or “skedaddle” into the conversation like a total boss. This is of course all thanks to Dame Lynley Dodd, who writes sweet, simple stories about a mischievous terrier and his gang of doggy mates.

Books like Hairy Maclary’s Caterwaul Caper and Slinky Malinki Catflaps are literary classics, but has anyone ever ranked every single cat, dog, bird and human in the Hairy Maclary stories in a completely arbitrary way? Which is the strongest and the shaggiest? Whomst is most likely to appear from nowhere with a ladder? It’s hard to believe such a ranking hasn’t happened before, and yet, here we are.

The results are in, the debate is over, Hercules Morse is still as big as a horse. Be warned, these rankings may hurt if you have a soft spot for the Poppadum Kittens from Parkinson Place. We each have our favourites, but like Samuel Stone giving out his juiciest bone, there can only be one winner.

We barely had a chance to know Ray, given all he did was wave a hat at Scarface Claw once. But, what a hat! What a wave! Don’t be a stranger, Ray.

An absolute clown who allows 14 feral animals in the waiting room at once. No doubt still traumatised by the shocking events of Rumpus at the Vet, and probably can’t look at a feather without having flashbacks. 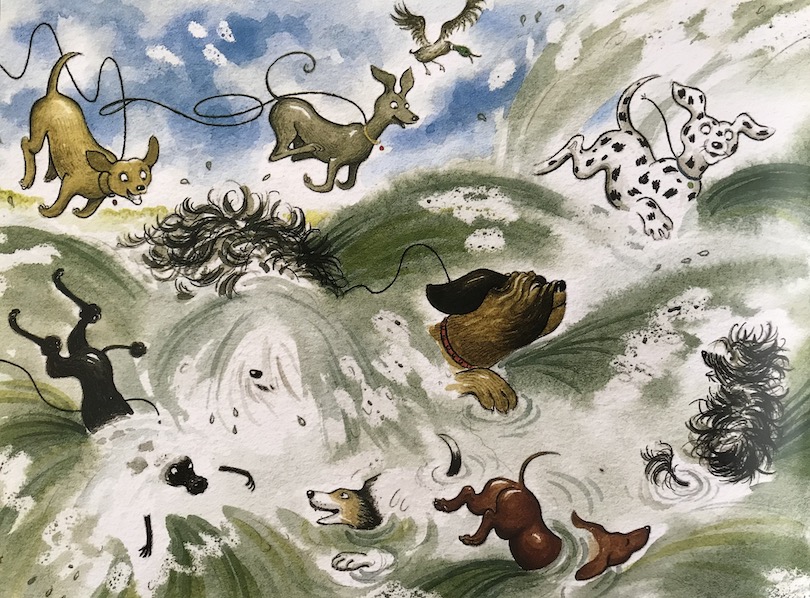 As helpful as Ray waving a hat.

Once gave Hairy Maclary the prize for the Scruffiest Cat, which is an outrageous slight against our valiant hero. Should expect to be rolled at the next AGM.

Could not see Hairy Maclary that one time, even though he was very close. Oh dear.

Like Ray, Peter the Plumber will be remembered for waving random objects at a cranky cat. Is Peter still standing on the street, waving that sock at Scarface Claw? Go home, Peter. The pipes, the pipes are calling.

A shit-stirrer from way back. Troublesome beak? That’s the least of it. 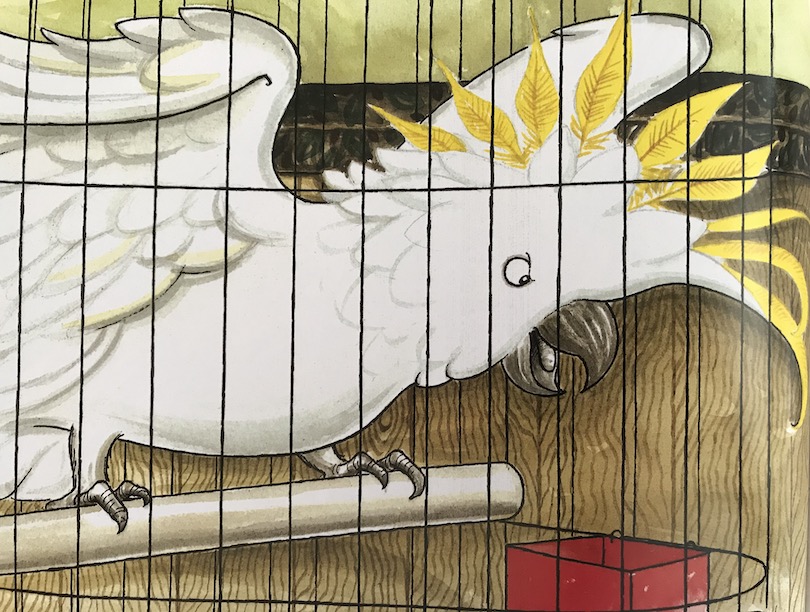 27. The Poppadum Kittens from Parkinson Place

Kittens are cute and poppadoms are tasty so surely this is a delicious result.

Famous for driving through town with Scarface Claw on top of his car. Spoiler, he is not the toughest Tom in town.

Or as they call him down the pub, Quadruple D.

Everyone loves their grandmothers, but these books are about dogs and cats, not budgie-owning octogenarians and old ladies whose hats blow away. Sorry Nana, I don’t make the rules. 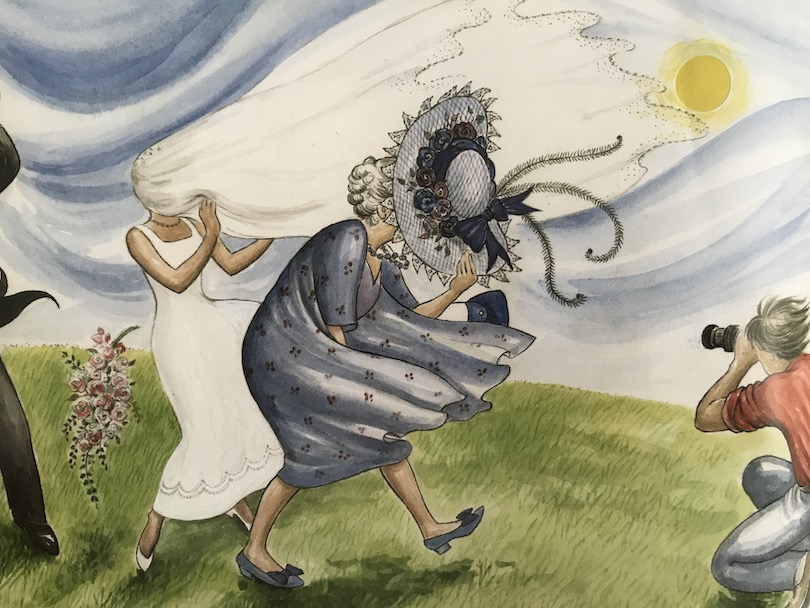 Toodle oodle to Noodle the Poodle.

Rumoured to meow with a Scottish accent.

Loses his shit at Hairy Maclary, but also uses snazzy words like “shemozzle” and “hullabaloo”.

Too cool to be in this list. Sucks to be him.

Prioritised saving a cat over solving the many burglaries and common assaults no doubt taking place in Riverside’s criminal underbelly, which is exactly the sort of stunt I pay my taxes for.

We can all agree that one fussy budgie is trouble enough, but four? FOUR?! Four fussy budgies could rule the world.

A cat with exceptional standards of hygiene. A hero for the lockdown era.

Skinny, bony, loves a scratch in a strawberry patch. It’s the happy trifecta of doggy delight. 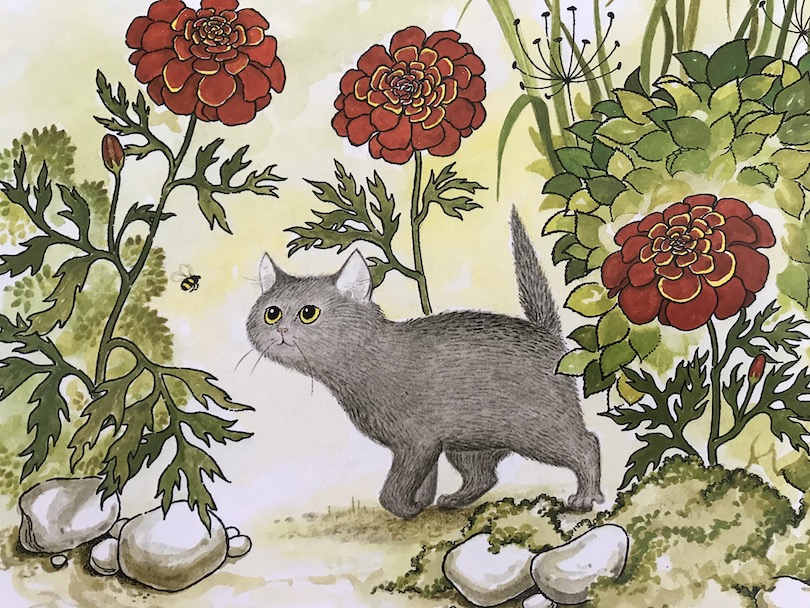 Another one who creates an absolute scene in Rumpus at the Vet. FFS can’t take her anywhere.

ALL COVERED IN SPOTS, SAY IT WITH ME NEW ZEALAND.

Gets stuck in fences at the worst moment, probably still stuck there now. Sleeps with his tail in the sun and his head in the shade, which makes him both sun smart and dog smart.

Slinky Malinki’s partner in crime. Don’t let the impressive plumage confuse you, this beaker is ready to cause carnage 24/7.

Butcher who gives Hairy Maclary his tastiest bone. Generous with his meat, probably gives the local kids a free cheerio after school. Legend. 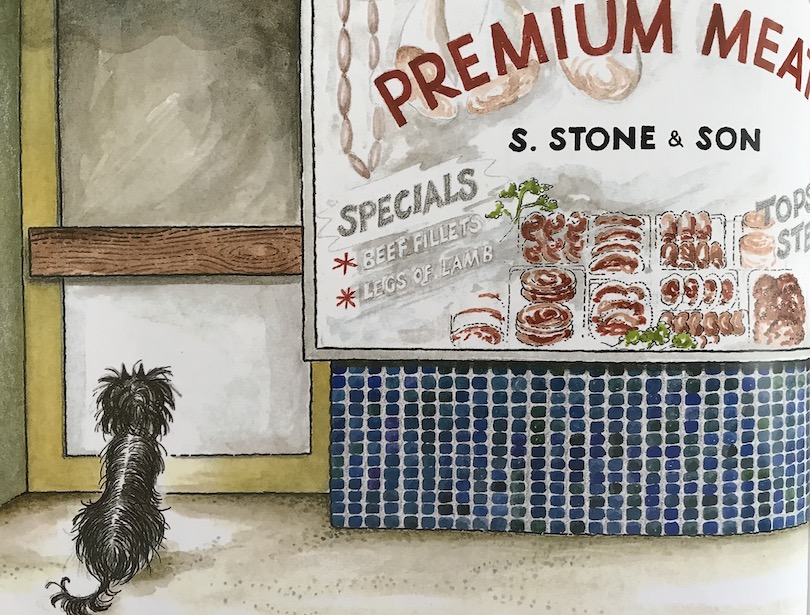 With his fabulous hair and penchant for bathing in rustic wooden tubs, this old English sheepdog should be the social media influencer to rule them all. Sadly, there is no canine version of Instagram, and dogs hate TikTok. Never mind.

A duck who loves to frolic and footle and play? A duck who once saved Hairy Maclary’s life? Straight to the top 10 for this quirky quacker.

Sometimes I imagine Miss Plum is having a torrid affair with Samuel Stone the butcher, and their illicit rendezvous includes some gritty role play with a ladder and a big bone. Miss Plum doesn’t need a man in her life, because she’s a strong, independent woman, but it’s nice to have someone to watch The Repair Shop with once they’ve put the ladder back in the garage. He fills a need and she puts up with him smelling like saveloys and everyone’s happy.

But that’s a story for another day, because Miss Plum is the superhero of Hairy Maclary’s world. She refuses to be intimidated by Scarface Claw, she wears fabulous shoes, and she plays frisbee with Hairy Maclary when nobody else will. You’ll probably see her this weekend at your local garden centre, buying too many house plants and hooning off in her yellow mini. Won’t SUM1 love PLUM1? We do. 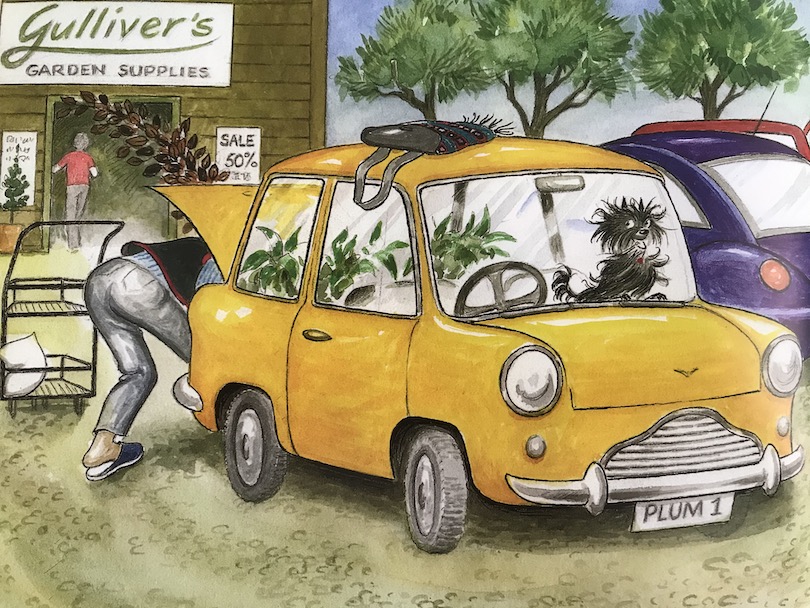 I too have a very low tum and struggle to climb over walls, so SVK and I share a bond that can never be broken.

I don’t even like cats, but somehow Slinky Malinki slipped his way into number three.  That’s how cunning he is. You might even say he’s New Zealand’s favourite feline, cat years ahead of the bullshit Canterbury Black Panther or the dearly departed Paddles, and don’t even get me started on Wellington’s beloved Mittens. Keys to the city? Please.

Stop the clocks, cut off the telephone, prevent the dog from barking with Samuel Stone’s bone. Surely our fun-loving hero should top his own rankings, I hear you ask? On one paw, you are correct, but on the other, you are more mistaken than the time Dooley’s Daily Delivery Driver took off with Hairy Maclary trapped in his courier van.

Life is one big adventure for wee Hairy, who carries on like a toddler who just scoffed an entire family bag of Skittles. Everyone loves this little larrikin, apart from one member of the animal world that he’ll never win over, and that’s why Hairy can’t wear the crown. Look, he’s still a good dog. John Campbell is talking only to Hairy whenever he does his good dog rant on Breakfast. He’s hairy and he’s maclary and he’s a national bloody treasure. If 2021 was a cat, it would be Scarface Claw. Scarface is such a beast that if he had opposable thumbs he would text ONLY IN CAPITALS, and like Judith Collins, probably has to raise an eyebrow to show he’s joking. He’s frightened by his own reflection, and even grown-ups are too scared to look him directly in the eye. Nope. I won’t do it.

But cats are people too, and the toughest tom in town has a vulnerable side that’s often overlooked. Some say he’s a bully, others say he’s a complex, misunderstood misfit who’s sick of putting up with everyone else’s shit. Fuck yeah, Scarface Claw.