The secret to good beer? All you need is four ingredients

By Henry Oliver
Guest Writer
Made possible by

Put them together and malt, water, hops and yeast creates something beautiful. Henry Oliver looks inside his beer, and discovers it’s really quite simple.

In some ways, buying beer is more complicated than ever. What seemed like a simple choice in the past – basically: lager, ale or something fancy-sounding – is now complicated by the explosion of options in every corner of the market. Go to any good bottle store or supermarket and you’re confronted with a psychedelic array of cans and bottles, promising every variant you could think of on this previously simple-seeming drink.

But, despite the ‘notes of apricot’, the ‘whiskey barrel fermentation’ or the ‘chocolate lava cake nose’, most beers are still made out of four simple ingredients: malt, water, hops and yeast. And to turn those into beer, you (to vastly oversimplify the process) take malt, add water, filter out solids, boil it, add hops, cool it, add yeast, more hops, ferment it, cool it, filter it and, there you have it: beer.

But to help you understand what’s in your beer and how it makes your beer, y’know, beer, let’s look at those ingredients one-by-one.

Malt is where all beer starts. It is the flavour seed from where all variants grow. There are different malts to make different beers – lager malts, ale malts, light malts and dark malts – and the way the malt is treated by the maltster (who is usually not the brewer) is crucial in the flavour outcome of the beer.

Malt is barley that has been added to water to get that seed to grow a little bit. When the seed grows, it converts its starch into sugar, which is what will be used in fermentation. Once it has grown and developed its sugar, the barley is heated to stop it growing (for light malts) and roasted (for darker malts). Malts used in beer can vary from “almost raw to very roasted,” says Dave Eaton, New Zealand’s Heineken Master Brewer who has made beer at DB Breweries for over 28 years. Much like coffee, the longer it’s roasted for, the darker the colour and stronger the flavour.

In most beers, malt is the only source of sugar for fermentation. Other beers may include wheat, or occasionally other cereal grains like rice, corn or sorghum.  Sometimes cane sugar can be added as an additional source of fermentable sugar.

That malt is milled and added to water in the brewhouse, to extract the sugars from the malt and get them into the water. This is called the ‘wort’, which is unfermented beer and it’s here you first add hops.

But before we get to the hops, it’s important not to forget the thing that makes beer drinkable, literally.

The water your beer is made out of usually comes from the same water supply your tap water comes from, but it’s put through a carbon filter to remove chlorine (which is not good for the brewing process) and any impurities. Sometimes salts (such as gypsum and calcium chloride) are added to the water to change the pH balance.

“You want beautiful, clean, consistent water,” says Eaton. “But a little hardness helps for certain beer styles. Hardness can make the beer taste a little crisper or fuller depending on the balance of the water.”

And while water used to be a prominent factor in the difference between beers from different parts of the world, filtration technology has evened the playing field.

“Traditionally, certain beers were made in certain places, like the water from Burton upon Trent had the right salt makeup to make particular ales,” says says Kirsten Taylor, head brewer at The Fermentist, Lion’s microbrewery on Colombo Street, Christchurch, where she makes all the beer on-site out of locally-sourced ingredients.

“But now, in New Zealand, you wouldn’t notice the difference between the waters.”

Other than the style of beer, hops are what most people think of as the most determinant factor in what their beer tastes like. But what are they? And how are they used?

Hops are the flower of the hop plant (or the Humulus lupulus) of which there are hundreds (if not more) variations around the world, many of which are distinct, including those from New Zealand. “Our hops are sought out all over the world,” says Taylor. “Particularly Motueka, Moutere and Nelson Sauvin.”

Hops are added in two stages in the brewing process. “You have hops for bitterness and hops for flavour and aroma,” explains Eaton. “When you’re boiling, you’ll add the bittering hops at the start of the boil to give it time to extract. If you’re making a beer with a whole lot of hop aroma and flavour, you’ll also add them at the end of the boil because the boil will strip off those flavours and aromas so you don’t want to be boiling them long.”

The bittering hops contribute to the base bitterness of the beer, while the hops added later in the boiling process remain more intact and can therefore retain their characteristic flavours and aromas.

For what most consumers would recognise as a hoppy beer, brewers can also do what’s called “dry hopping”: adding more hops in the fermentation stage once all the yeast no longer has any more sugar to ferment. “When you dry hop you get all the aromas and flavours of fresh hops – fruity, citrus, spicy,” says Eaton. “IPAs and popular craft beer styles are very hoppy which comes more from the dry hopping than earlier ones.”

But no matter how hoppy you like your beer, if you want a beer with alcohol, it’s going to have to be fermented, and to ferment, you need yeast. In some places in the world, wild yeasts can spontaneously encourage fermentation, like in Belgium where they make lambic beer within a 16 km radius of Brussels where particular microorganisms encourage fermentation. But, in New Zealand, nearly every brewery uses cultured yeast and all cultured yeast comes from overseas.

The yeast converts the malt’s sugar into alcohol and, depending on the yeast you’re using, imparts a flavour into it. “You want a yeast that will make a nice clean fermentation,” says Eaton.

There’s English ale yeast which has a more pronounced “yeasty” flavour and American ale yeast which is more neutral (“it lets the malt sing,” he says). If you’re making an ale you’d use an ale yeast that will ferment at a higher temperature which will produce other characters you’d like in that beer.

From fermentation, the resulting liquid is cooled and filtered, carbonated and cellared until it’s ready – a pure and balanced expression of just four simple, natural ingredients.

This content was created in paid partnership with the Brewers Association. Learn more about our partnerships here.

This content was created in partnership with the Brewers Association of New Zealand. Find nutritional facts on New Zealand’s favourite beers here.*

Now assisted dying is legal, hospices must not block access

Can a publicly funded hospice justify denying its patients a legal medical treatment that 65% of the public voted for?
By Frankie Bennett
Guest Writer
5th December, 2021

Everything you need to know about how the Covid-19 pandemic is tracking in New Zealand.
By Harkanwal Singh
Head of data
5th December, 2021

The women who occupied a Levin factory for 96 days

Do profound good: give a child a book.
By Connie Buchanan
Guest Writer
5th December, 2021

My tragic story: 'I auditioned for The Chase and didn't get in'

Sophie Pringle went where few of us will ever go: to a live audition for The Chase. It didn't end well.
By Tara Ward
TV writer
The Spinoff has covered the news that matters in 2021, most recently the delta outbreak. Help us continue this coverage, and so much more, by supporting The Spinoff Members.Madeleine Chapman, EditorJoin Members

Brewers Association
Made possible by 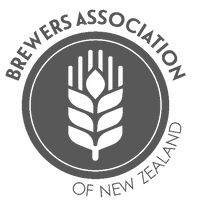