On the East Coast, a group of Māori-owned enterprises is innovating to create new revenue streams while doing what they love.

New Zealand’s remote and sparsely populated regions are typically not the best places to create thriving brick-and-mortar businesses. In small communities miles away from any major centres, there are so many factors that can make life difficult: too few customers, high cost of shipping, lack of digital connectivity. But during the level four lockdown, the businesses and surrounding community of Uawa Tolaga Bay on the East Coast of the North Island found their isolation and self-sustainability was something of a blessing.

“In our community, we survived beautifully, because we’re used to having nothing, so to speak,” says Lily Stender of the Tolaga Bay Innovation hub. “We supported each other. We’ve got food in the sea, we’ve got sheep in our fields, we’ve got pumpkin and corn. We could survive quite easily. It’s the big cities that would have struggled.”

While the main highways were closed by local roadblocks during the lockdown, allowing the East Coast to be insulated, it didn’t do much to improve the economic status of the region – one of the most deprived in the country. But as the world moved online during that time, illuminating the importance of e-commerce, some Tolaga Bay enterprises continued moving along the path they’d started three years earlier toward digital literacy.

It started in 2018, when Stender founded Tolaga Bay Innovation as a way to give a new life to the historic Tolaga Bay Inn by restoring it and turning it into a place where local entrepreneurs could learn digital skills, develop their projects and pursue new online opportunities. Stender says it was an attempt to enhance the livelihoods of locals, keeping them in the region, and diversify away from the forestry, farming and fishing industries that dominate the region without providing sustainable benefits. 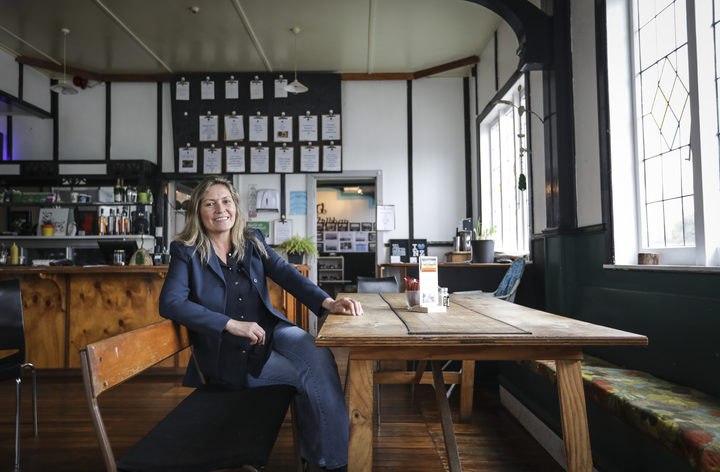 “I got involved in various tourism boards and Māori economic development boards, and I really got a good understanding of the problems the Tairāwhiti region faces,” she says. “Fundamentally it’s high poverty, low-skill jobs, unemployment, suicide – you name it, we’ve got all the worse statistics.

“So we thought, maybe the inn could be used to help with economic development and help solve problems within our community. The inn is historical, but it needed to serve the community to justify its existence and we believed that entrepreneurship and technology could be the enablers, and that’s how the concept grew.”

Although the region was allocated a slice of the provincial growth fund, much of it was earmarked for projects in Gisborne 40km to the south. So with a small crowd-funded budget and some refurbished computers donated by Upper Hutt company Digital Wings, the hub was established within the inn. 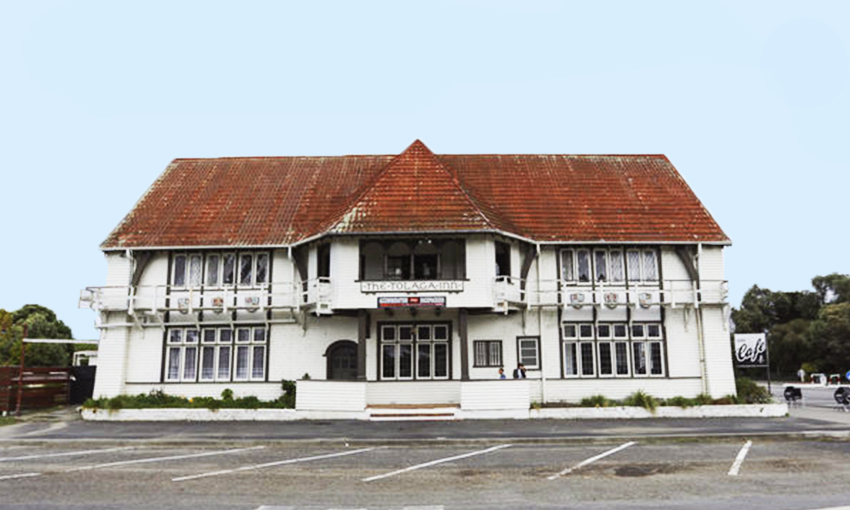 “Everything we do is on the smell of an oily rag,” Stender says. “They [the computers] are not the greatest, but they work to get us onto the internet, which means we can learn on different modules and learn about Shopify and online business and things like that.”

After Tolaga Bay Innovation became a social enterprise in 2018, Stender travelled to Scotland for the Social Enterprise World Forum. There she met the Ministry of Social Development’s Amanda Nicolle, who believed in Stender’s kaupapa about empowering grassroots initiatives and helped her set up a 12-month pilot programme to support 10 Tairāwhiti people to get off the benefit to create their own businesses.

“And that’s exactly what we did. We’ve got eight businesses still running – that’s still good stats.” 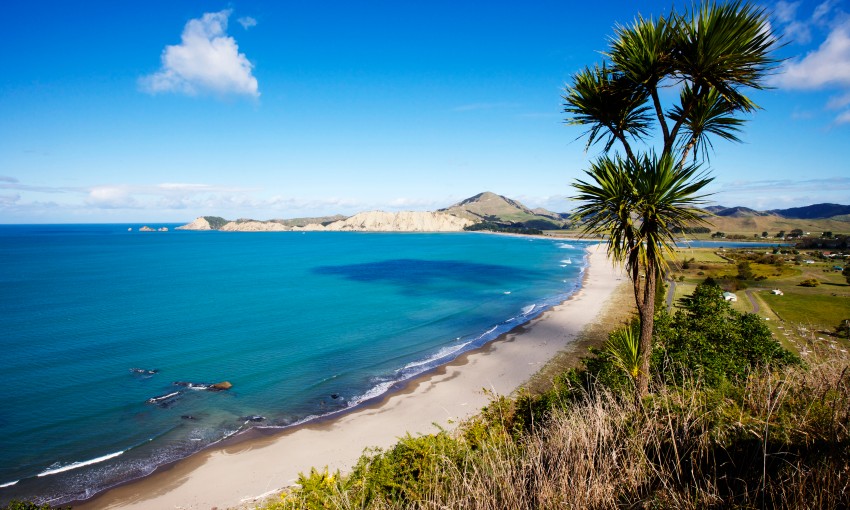 Since then, Tolaga Bay Innovation has played a central role in the local business community, organising working bees, providing support and helping out with administration to allow entrepreneurs to turn their passions into viable employment. The work has been chronicled in a YouYube series, which features several local entrepreneurs including Trevor Maurirere of kawakawa balm business Kawa Ora, Mere Tamanui who owns the Uawa Factory Road Native Tree Nursery, and Harley Stender of Harley’s Harvest – a mobile fruit and vegetable vendor.

“People get to do their passion,” Lily Stender says. “Everyone who goes to school is put in the same box. But we all know every kid is different. With these businesses, if someone is great at making medicinal herbs or knows all about flora and fauna, if that’s their passion, let them do that and we’ll support the admin side of things. That’s the key I think – people doing what they’re good at.

“It is about the economic and social development of local people within our community. We use our natural skills, our natural resources and create revenue streams from them.”

However, the reality is that in a remote community like Tolaga Bay, businesses could only expand to a certain point through local consumers and domestic tourists. Which is why Covid-19 and the near global move to e-commerce prompted Stender to participate in the 12-week Ka Hao course run by Māori training centre Te Whare Hukakuka.

Along with Holly Maitai, who founded local clothing business Dirty Mulle to create mental health awareness, and Terese Tepania-Ashton of the Māori Women’s Development Inc, Stender completed the virtual course that taught all aspects of digital business and set the goal of creating an online shop via Shopify.

“We could then share that knowledge to our local people. And I just really believe in online business. I think that’s the way the world is going and so we had to get off our butts and learn it. And we graduated in November.” 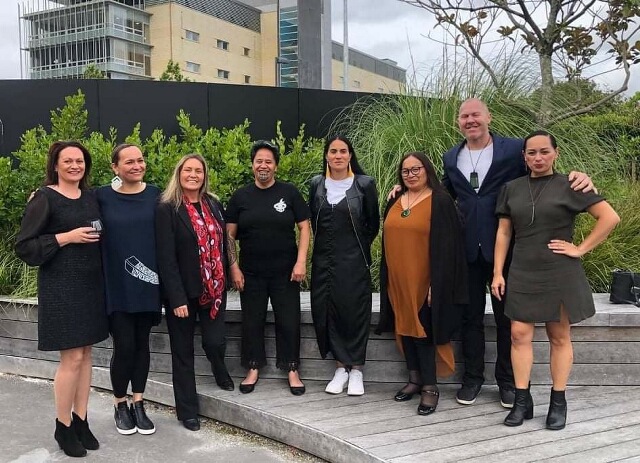 While Ka Hao taught Stender the tools to establish her new online shop – The Inn Market – she needed a product she could pitch to global consumers. The course had introduced her to the idea of on-demand printing, where businesses can have their designs printed onto generic products all over the world, thereby saving on shipping and warehousing costs. With that in mind, she began googling and found a Norwegian company called Gelato that had a printing facility in Auckland. She contacted the CEO, Henrik Müller-Hansen, through LinkedIn, with the idea of creating a programme that would empower local businesses to utilise on-demand printing.

Müller-Hansen responded enthusiastically, and arranged a seven-week course of regular Zoom meetings between Gelato staff and the Tolaga Bay Innovation Hub, Dirty Mulle and Māori Women’s Development Inc, teaching them all about the model. While there are now a range of cups, clothes, and canvases with local designs listed on The Inn Market, Stender says it’s still early and they’re aiming to expand and refine the range. In the meantime, it’s a good learning opportunity and will eventually provide a revenue stream for local artists and creators who can advertise their designs through the online store.

“We let the kids do a picture, and with the three best winners we created a canvas. Through any sales of that canvas, the kids get 30% of those sales,” says Stender.

“I want to do that for my marae as well. If I do a cool T-shirt for my marae we can sell it to all our whānau overseas. They’ve got loads of money in the UK and Australia, it’s a win-win.” Müller-Hansen of Gelato says the initiative shown by the Tolaga Bay businesses was incredibly astute considering the growing global value of e-commerce, the demand for indigenous products, and the environmental benefits of local, on-demand printing.

“I was very happy. It is amazing how technology connects ideas and people. Also, I admire on a personal level New Zealand and its people. Māori are well known for their beautiful art and rich history, and being able to provide a vehicle for spreading that – well, it’s a privilege.

“Never before has an individual, without any upfront investments, been able to access so many tools and growth opportunities. The global platform companies, especially when you combine them as in the case of Shopify and Gelato, allows a single person to reach the global community of consumers in a cost-effective and user-friendly way.”

To further support the initiative, Gelato will be making a donation to Māori Women’s Development Inc., Tolaga Bay Innovation and the Tauawhi Men’s Centre for every order placed throughout January.

As for Tolaga Bay Innovation, it’ll continue developing alongside the community and MSD, with the hope of creating even more opportunities for grassroots businesses and potentially taking the model to other towns. The next big milestone will be when fellows from the Edmund Hillary Fellowship visit in late February to provide more training and technology to the hub. Stender, who became an EHF fellow earlier this year, hopes it will improve the region in a meaningful and sustainable way.