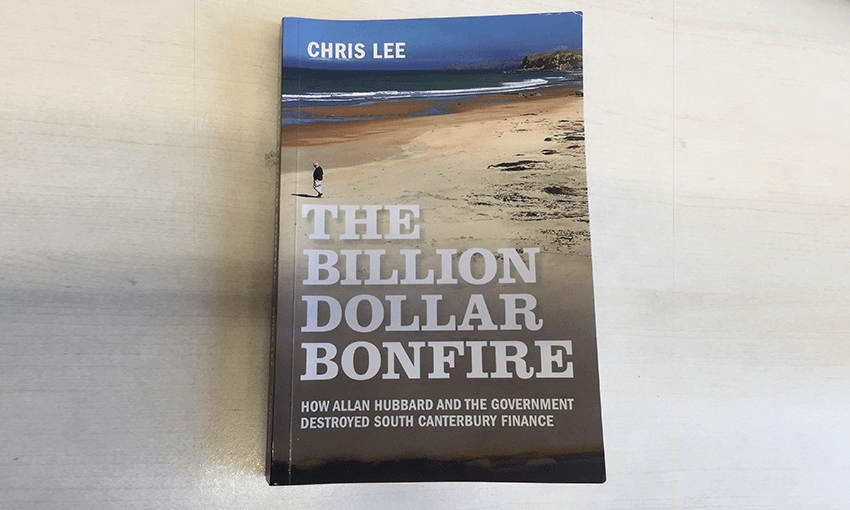 Think the dark times of the finance company collapses are well behind us? The regulatory environment that allowed the collapse of South Canterbury Finance exists to this day.

Allan Hubbard’s failed investments included $30m lost on the Lord of the Rings trilogy and $10m in a Blenheim company that claimed to have found a cure for hepatitis C, says Chris Lee, the author of a new book on the South Canterbury Finance founder.

Timaru’s reclusive moneyman was a complex character who was seen as the saviour of widows and troubled farmers, yet behind the scenes was playing fast and loose with other people’s money, Lee writes in The Billion Dollar Bonfire.

As a financial adviser with clients invested in SCF, Lee knew Hubbard well, and counted him as a friend. It took him a long time to see through the veneer and realise that the finance company had been made vulnerable by its own stupid lending, negative cash flows and lies.

The regulatory environment that allowed Hubbard to get away with his reckless operations still exists today, and without legislative change the conditions are ripe for another cycle of finance companies to mushroom, grow greedy and fail at Mum and Dad investors’ expense, Lee warns.

Lee has sat through 11 hours of video that Hubbard and his wife Jean made before their deaths, and says many of the details commonly reported about his early life are true.

The eccentric multi-millionaire was born to a poor and troubled Dunedin family in 1928. His mother, Margaret, had worked as a prostitute for her own mother who kept brothels in Australia and New Zealand. His father Edward was a plumber who drank heavily, gambled and beat his children. As the eldest Hubbard helped his mother provide for the family, often by stealing.

His start in life and lack of parental guidance left him with no moral compass, Lee says.

“The way I look at it is that he ended up, through being a disciple of the Presbyterian church, believing that he had a higher morality than the law. Allan actually believed in the end that the law didn’t apply to him, as long as the outcomes were more than what the law would have provided.”

Hubbard could not distinguish between entrepreneurial skill – and luck – and being a custodian of other people’s money, Lee says. If you asked him to put $10,000 into Air New Zealand shares for you, he might instead lend it to himself to buy a dairy farm. “Allan felt as long as he gave you $20,000 back you hadn’t lost anything, and there was no law broken.”

He was a bad money lender and a big risk taker, he says.

“He didn’t care about wealth, he cared about power, and he cared about being a hero. He liked being seen as the Warren Buffett of Timaru. To create that image he took some horrendous risks.”

An example was the Blenheim venture that thought it could solve hepatitis C. Eventually the company failed and Hubbard lost SCF’s $10m. The year before his death in a car crash he showed Lee the cash flows he had thought he could generate and put back. “He was assuming hundreds of millions in royalties from that investment in a hepatitis C cure. Well it wasn’t even a proven drug, yet in his mind that was going to recapitalise SCF.”

Not a dollar was returned on the Lord of the Rings investment, either. Hubbard claimed to be mystified by the losses, but his due diligence had been non-existent.

Hubbard didn’t send out the typical signals, Lee says. He was no Mark Hotchin building the biggest mansion on Paritai Drive. He drove the same mustard-coloured VW for years and lived in a modest Timaru house.

He also gave away money to people who genuinely needed help. There is the story of the suicidal Canterbury dairy farmer who rang Hubbard late one night to say his farm was ruined and he planned to put an end to his pain. He was ringing to apologise because he owed Hubbard money. Hubbard asked him to sit tight and jumped into the VW. Arriving well after midnight, he offered to buy the farm and hire the couple to manage another one. He would sell them a share if they could make it profitable. The deal worked and years later the farmer publicly praised Hubbard’s Christian behaviour.

SCF had also operated like a model finance company until Hubbard’s business partner Humphrey Rolleston sold out in 2004, Lee says. Rolleston was a descendant of one of Christchurch’s original wealthy families and an astute financier. After he left Hubbard surrounded himself with people who lacked finance company experience and became enablers of his behaviour, Lee says.

This was at the height of the boom of finance companies riding high on a frenzy of property investment.

“That’s where I failed, I didn’t distinguish and see that at a time when the banks were believing the story and the credit rating agencies were saying, ‘yep, you’re investment grade’… I don’t think anybody really saw how he was using the bad protocols of the finance companies and bad law to hide the reality of the company.”

Lee had his eyes opened in 2009 when other finance companies were going belly up and SCF announced a $82m annual profit. The company had stated that it was not doing property lending with capitalised interest (interest added to the principal of the loan and repaid at the time the loan is settled). It turned out to be completely untrue, Lee says.

Hubbard “deliberately and cynically” missignaled cash flows and the type of lending SCF was doing. For example, five-year capitalised loans with six-month review clauses were coded as six-month loans. A loan to develop a motel would be described as lending on an existing income-generating motel business, when in reality it was a risky property development.

This is one of the areas of the law Lee wants to see reformed. The rules allowing financiers to pay dividends, bonuses and even tax on interest income they haven’t earned yet is “nonsensical”.

“People would be amazed to think the accounting law is so stupid as to actually enable the likes of South Canterbury Finance to present itself as having all these lovely profits when they haven’t received it at all.”

He also wants tighter regulation around how loans are described. “If a company is going to do lending on race horses, I want to know that.”

The finance company collapses could happen again, and in his book Lee provides a list of 13 reforms he says are required to create a stable and trustworthy sector.

“A system change is needed to stop our habitual and deliriously repetitive waltz towards catastrophe. Otherwise there will be bonfires everywhere,” he concludes.