Where will it get wetter and drier?

The future of rainfall in Aotearoa is complicated. As the country warms up, some places will get drier, while others will become far wetter. These changes will not be spread evenly through the year. Some places will have wetter winters and drier summers; others will experience the reverse. These shifts in rainfall patterns have big implications for our rivers and water supply.

The big story about temperature change over the coming century is straightforward. Average temperatures will climb everywhere, with the highest rates of warming coming in the north east of the country. The more greenhouse gases we emit, the more extreme these warming patterns will be.

The future of rainfall is more complicated. In broad terms there is a west–east gradient, where the largest increases of rainfall are on the West Coast while the east of the North Island, coastal Marlborough and North Canterbury get drier. Yet in some places, climate models forecast that annual total rainfall at the end of the century will be roughly the same as a typical year in the 1986–2005 reference period, even in a high-emissions future. This is the same reference period we looked at in our first essay. But behind these seemingly static annual totals there are some big changes. Here is an important thing to understand about rainfall. Annual totals are just part of the picture. To get a better sense of what is going on, we need to look at seasons. The following examples are based on data from the New Zealand government’s climate change projections for the Intergovernmental Panel on Climate Change’s (IPCC) Fifth Assessment Report. The report lays out different possible future climate scenarios based on the volume of global greenhouse gases humanity produces over the coming century. These range from humanity mitigating climate change, and even removing some carbon dioxide from the atmosphere, through to a business-as-usual scenario where we continue producing gases at very high levels.

Consider the case of Whanganui under a high-emissions scenario. The district is forecast to receive about the same amount of annual rainfall in 2100–2110 as during an average year in the 1986–2005 reference period. However, this rain will be distributed differently across the seasons. Whanganui’s autumns and summers are expected to be drier, but the winters are much wetter.

In Hawke’s Bay, on the other side of the North Island, the opposite is predicted. Models forecast large increases in Napier’s summer and autumn rainfall but decreases in winter and spring.

Perhaps the best way to wrap your head around these forecasts is to see them. Keep in mind that these are projections based on climate modelling and there is considerable uncertainty to them. However, they are our best glimpse into what the future might be like.

While one part of the country experiences too much rain, other places may be in drought. Aotearoa experienced this scenario in early 2020, when there was flooding in the lower South Island while much of the North Island was in severe drought. This is a preview of our future under climate change. Expect extremes to increase at both ends of the spectrum. More heavy rainfall and more dry days – sometimes at the same time. We can turn to our waterways for an alternative perspective on what this might look like.

Wetter in the west, drier in the north

Nearly all the water in New Zealand rivers comes from rain or snow. Most water that falls on land eventually finds its way into rivers or tributary streams. Although there are other factors at play, especially a region’s underlying geology, more rainfall generally means more water flowing through our rivers. We can learn much about how different parts of the country are experiencing changes in climate by observing and comparing river flows over time.

This map provides a view of how river flows might change over the next century if we continue emitting high levels of greenhouse gases. The forecast is based on climatic and hydrological modelling by NIWA scientists. It shows how mean annual flows are likely to increase or decrease in different rivers relative to their 1986–2005 average. Note that these changes are expressed in percentage terms, so some care needs to be taken in interpretation. A small percentage drop in a river that carries a lot of water can still have a lot of hydrological impact.

These models suggest current patterns of wet and dry are likely to intensify. Flows are likely to increase on the West Coast and in Southern Alps-fed rivers that drain on the eastern side of the South Island.

In the North Island, flows are predicted to decrease in the east and north, especially in Northland, Hawke’s Bay, East Coast and the Wairarapa. Meanwhile, many rivers in the central North Island and around Taranaki are likely to have greater flows.

River flows in 2090 under a high emissions future

Many native freshwater species and ecosystems are already under threat. These changes in river flows will impact many species’ ability to breed and migrate, potentially pushing some to extinction. In drought-prone areas there is likely to be increased pressure to divert freshwater resources for farm and crop irrigation, further depleting river flow.

This all matters because our water supply and agricultural systems are built around certain assumptions about the geography of rainfall and snow melt. Climate change could fundamentally alter these patterns, creating both problems and opportunities. Droughts, storms and floods will become both more frequent and more severe. Warmer, drier weather will lead to increased water demand. Shifts in weather patterns will create new agricultural opportunities, which will be accompanied by new pests and diseases. Our collective future is deeply uncertain.

It does not have to be this way. If humanity takes concerted and immediate action to reduce greenhouse gas emissions, milder rainfall patterns should return over the coming century. This future averts the more severe drought and flooding predictions. However, it would require a degree of global commitment and cooperation that humanity rarely exhibits. The final episode in this series explores these challenges. 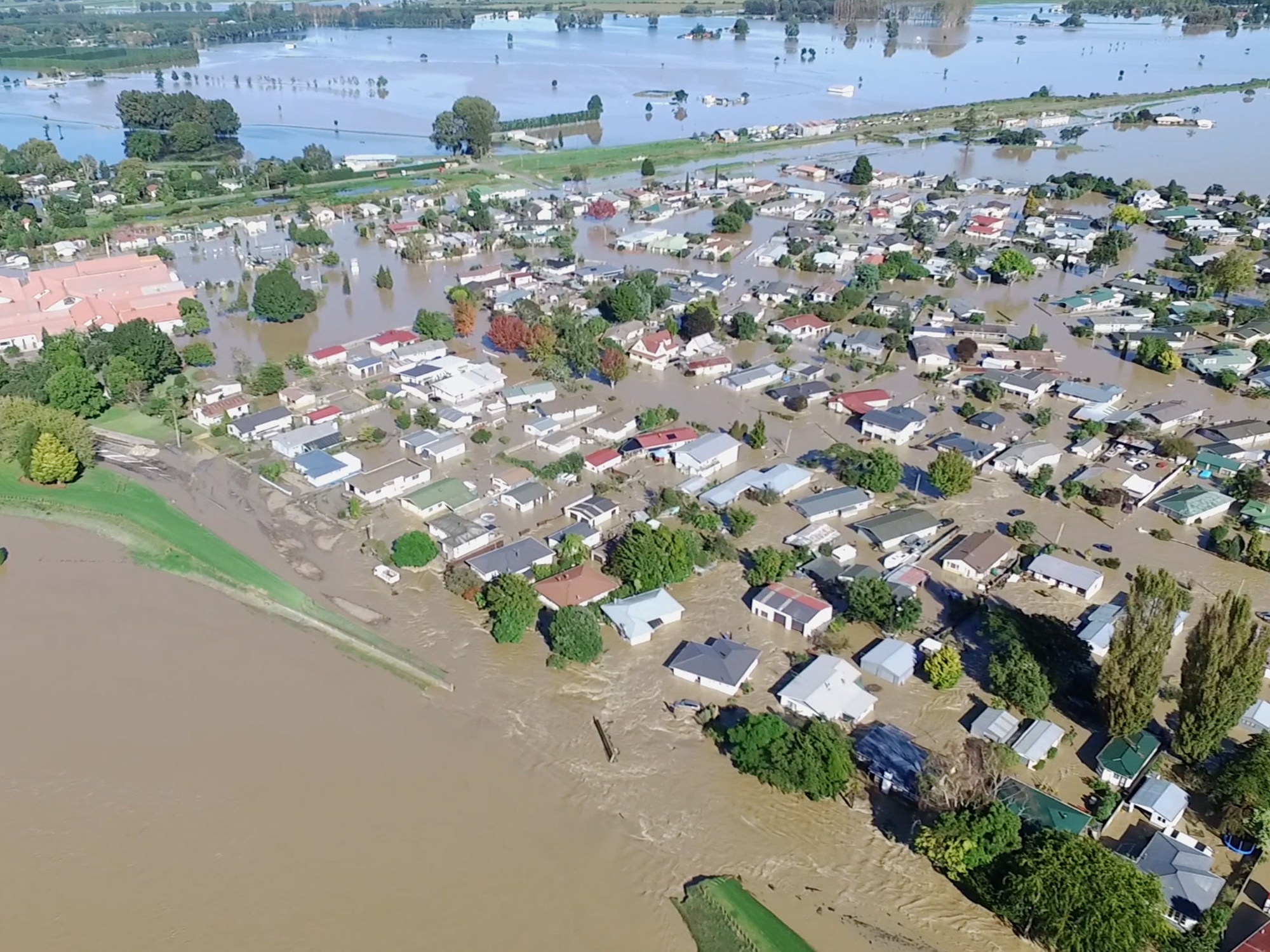 Where are people and land at risk from flooding?