Haggis, neeps and tatties and whisky may not be a traditional spread for a summer gathering in NZ, but trust Auckland city councillor and Kiwi-Scot Cathy Casey on this one. Gie it laldy!

Robert Burns was born on January 25, 1759. Since the early 19th century, Burns’ life and work has been honoured by sharing in a meal of haggis, neeps and tatties on his birthday with the attendant rituals and toasts. Burns suppers are held throughout the world – with haggis as the centrepiece of the menu.

This year, January 25 is on a Monday. You might consider having your Burns celebration on Saturday January 23 (for reasons that will become clear at rule five). 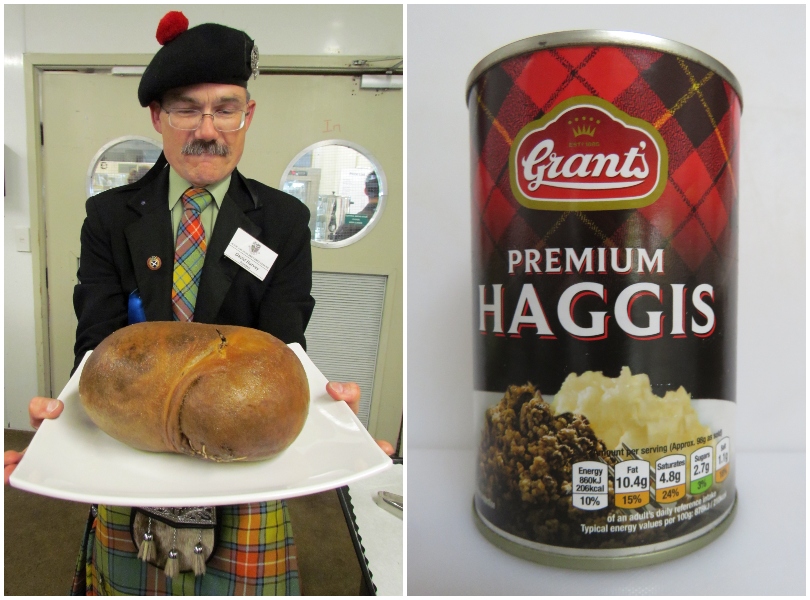 The haggis has been a culinary delight in Scotland dating back to Viking times. This meal fit for a king is made from the cheapest of materials and the parts of a sheep that no one really knew what to do with. Its ingredients are heart, lungs and liver, beef suet, oatmeal and onion mixed together and sewn into the large stomach bag of a sheep. Gives “boil in the bag” a whole new meaning.

Warning. I tried making haggis once. Never again. If you can even get sheep offal nowadays, you will attract every cat in the street when you put it on your stove to boil.

Back to the matter in hand. If you are having a Burns gathering for a small group, there are several butchers in Auckland that will supply a haggis to order.

If it’s just for yourself and a few brave friends, best to buy imported tinned haggis from an international food store and heat it up. I have tried haggis of all types and you cannot tell the difference between them (apart from the fact it’s in a tin rather than a sheep’s stomach).

If all the buying and preparation gets all too much, in Scotland you can actually buy a haggis pizza, and believe it or not a “haggis, neeps and tatties” pizza. The Italian in me just checked out.

If all else fails, In Scotland you could also enjoy haggis balls or nip down to your local chippie and get battered haggis and chips (and maybe a deep-fried Mars bar for dessert). 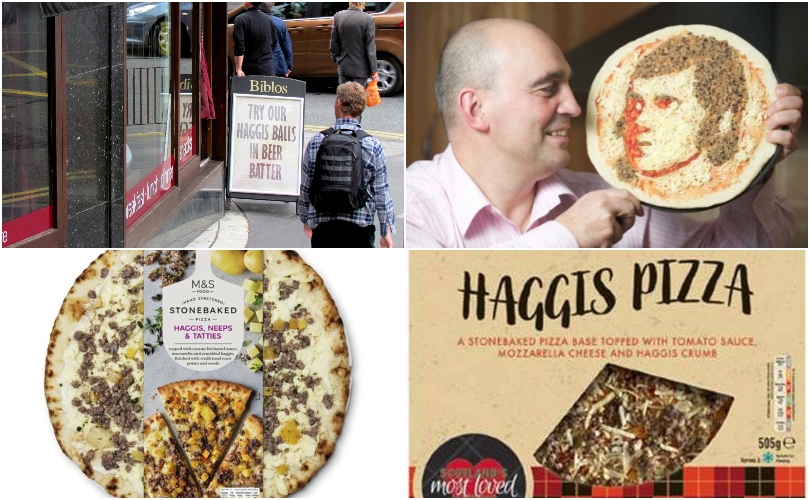 Haggis balls and haggis pizzas – including a tribute to Robert Burns with his face fashioned in haggis from Edinburgh company Cosmo (Photos: Supplied)

Rule three: Don’t get your turnips, swedes and parsnips mixed up

The traditional vegetable accompaniments to haggis are bashed neeps and champit tatties. Neeps is the Scottish word for turnips. Turnips are round. They are purple and orange on the outside and pale orange on the inside. In New Zealand they are called swedes, they are paler in colour and are fed to cows and horses. The esteemed Guardian has addressed the true nature of the swede versus the turnip at length. On the left: neeps (turnips/swedes). On the right: not neeps (parsnips) (Photos: Getty Images)

Turnips are generally quite tough and take longer to boil than the tatties. Once softened, add butter and bash with a metal potato masher. I broke my plastic one trying to bash down the fibres of a 10-day-old neep. The champit tatties are easier. Peel some big spuds, cut into pieces and boil. Add butter and milk and champ well (if your plastic masher hasn’t broken bashing the neeps).

There is only one drink to accompany the haggis at a Burns supper and that’s whisky, or the amber bead as Burns called it. If you buy a decent single malt you will be forgiven if your wild haggis is tame or your neeps are only semi-bashed and tatties are less than well champit.

At your wee celebration it is enough to have one toast to the haggis. The added bonus is that you don’t have to share so much precious whisky. Rule six: Get someone to toast the haggis

Prior to eating your first forkful of this rare delicacy, the haggis must be toasted. Robert Burns’ Address to a Haggis was written in 1786. It has twelve verses.

In the interests of eating your haggis while it is still hot, it is probably better to get a volunteer just do the first and last verse. If they can learn it by heart, that will earn high praise from the assembled group. (There are tons of videos on YouTube to get the pronunciation correct)

It is definitely a night for the kilt and sporran, tartan trews and the Tam O’Shanter bonnet. For the comedians among you there’s no end of “Jimmy” costumes and kilt bath towels than can provide hilarious entertainment.

Since it is a night to enjoy the best of Scottish culture, make sure you begin the evening with lots of Jimmy Shand accordion and fiddle music. To start a singalong at any time, change to Kenneth Mckellar, Andy Stewart and the Alexander Brothers. Once you’ve cleared the table, it’s down to serious stuff like ‘Flower of Scotland’ by The Corries and ‘Five Hundred Miles’ by The Proclaimers. 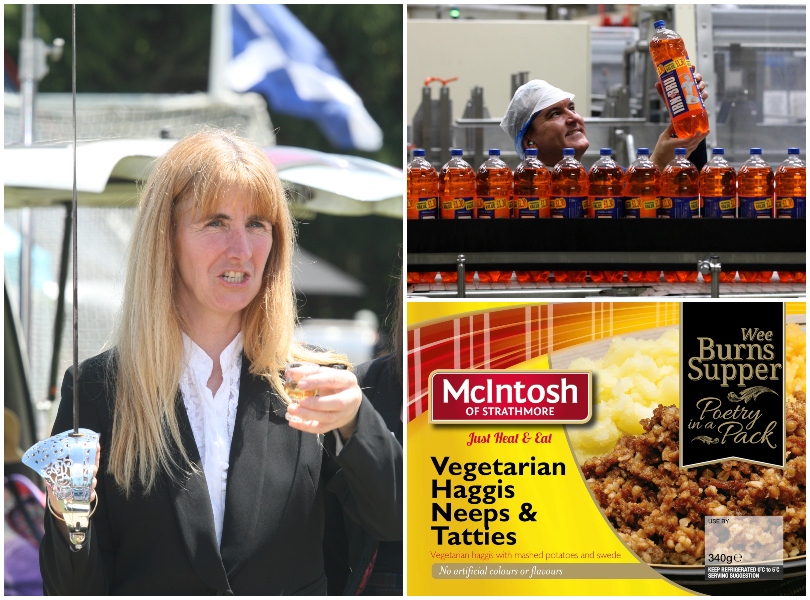 Rule nine: Have plenty of Barr’s Irn Bru on hand

Irn Bru serves many functions in Scotland. It is the ideal soft drink for those who don’t take a dram and it is also a foolproof hangover cure.

Sad but true: in Scotland, you can actually buy a no-meat haggis.

I have several recipes for vegetarian haggis, if anyone out there would like to try. But for me it is an oxymoron.

Trust me. At your Burns supper, you won’t go wrong if you let the vegetarians settle for bashed neeps, champit tatties and a few extra drams.