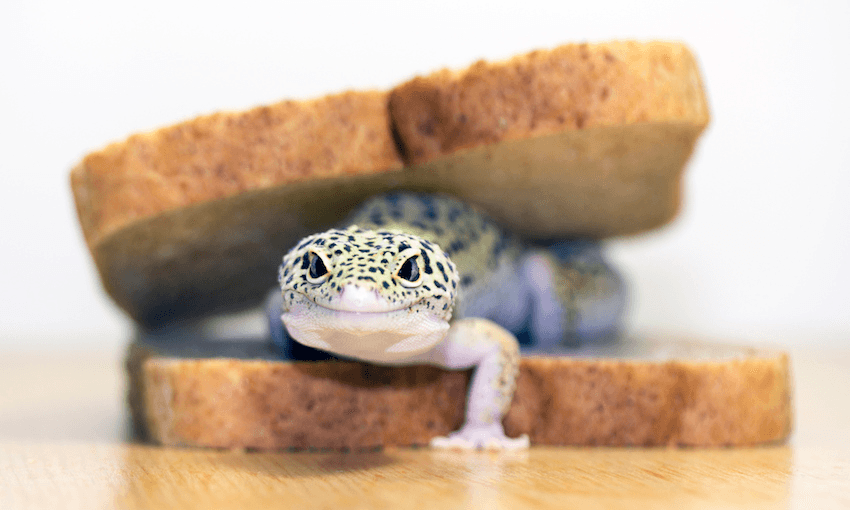 The three stages of my vegetarianism

When I was 12, I accidentally cooked a lizard in the toaster at my dad’s house in Fiji. I was home alone watching a Zoey 101 marathon on TV, and a metallic rattling from the kitchen tore me away from Jamie Lynn Spears. The poor skink was trapped against the element with my white bread, being lightly grilled. After eating it on toast, I swore never to eat meat again.

I was horrified by the whole incident, packed a sad and waited till my parents got home from the supermarket to declare that I was now a vegetarian. We weren’t really a meat-and-three-veg household anyway, so my parents didn’t seem particularly bothered or surprised.

Dad’s house smelled of burnt gecko for days. He threw out the toaster.

Twelve years of unexciting vegetarianism. My dad’s Hindu coworkers take us to their parents’ houses in the Suva suburbs for vegetarian Indian feasts with their entire extended families — I live for their aloo tikki and dal makhani. My mum and I learn to cook great meat-free kai. I struggle to find much to eat in Vietnam and Greece, with memorable meals including a bowl of plain, undressed, unseasoned spaghetti in Athens.

In my early 20s, through a combination of dumb luck and freak accident, I somehow get a publicity job that requires me to eat out frequently. I am trusted to dine, wine and woo all sorts of rather important people, my impostor syndrome ringing in my ears during every meal. I dine out several times a week at Wellington’s most excellent eateries, always choosing the one vegetarian option on the menu. My dietary requirement does attract some surprise from culinary media, considering I am being paid to go to restaurants.

A few months in, the inevitable happens. At a very important media dinner in a lush private dining room, surrounded by editors and writers from Aotearoa and Australia’s most influential media outlets, we are surprised with some extra courses — gifts from the kitchen. A waiter puts a plate in front of me: braised beef cheek with black garlic mash and red wine jus.

I feel a small panic and look to my co-host — the marketing manager I work with, who has quickly become a close friend and is well aware of my vegetarianism — for some sort of support, but she is already eating. I decide to take one for the team, being a consummate professional who has already consumed at least three glasses of good red wine. I eat a tiny amount to look polite. I realise what people have been going on about for all these years. Meat! It’s delicious! I scrape that plate clean. My friend soon notices what I’ve done and looks between me and the plate with wide eyes. I nod solemnly in response. Then I go on a fairly significant meat bender to make up for all those lost years.

One day I ate four cheeseburgers, going back to the same food truck at hourly intervals. I discovered the healing properties of service-station pies. Once I came home from a restaurant opening in a frenzy and breathlessly asked my boyfriend — who had been working in professional kitchens for the better part of a decade — if he’d ever tried this incredible thing called pork belly.

I continued to dine out a few times a week, and the safety net of the work credit card meant I could be reckless with my ordering without worrying about having wasted a meal on a protein I was unsure whether I’d like. I made it a mission to try every meat. Rabbit, veal, duck, venison, hearts, brains, kidneys, eyeballs — the animal kingdom was my oyster, and it turns out I really like oysters too. Luckily I suffered none of the fabled digestive issues said to beset vegos who get back on the horse.

There’s only so long a bender of these proportions can last. Eventually meat lost its novelty, and I remembered I actually really like vegetarian food. I’ve mellowed out and eat mainly meat-free now, with non-factory-farmed meat treats a couple of times a week (my homemade bacon and egg McMuffins are legendary). The incredibly tender beef from my in-laws’ farm is my favourite, and my fella and I get all the bits his parents don’t fancy — the tail, the cheeks, the less glamorous cuts. Some friends find my waxing lyrical about the home-killed ‘flavour cows’ a little off, considering my former vegetarianism. Once you’ve killed and cooked your own lizard meat, though, what’s a bit of beef?