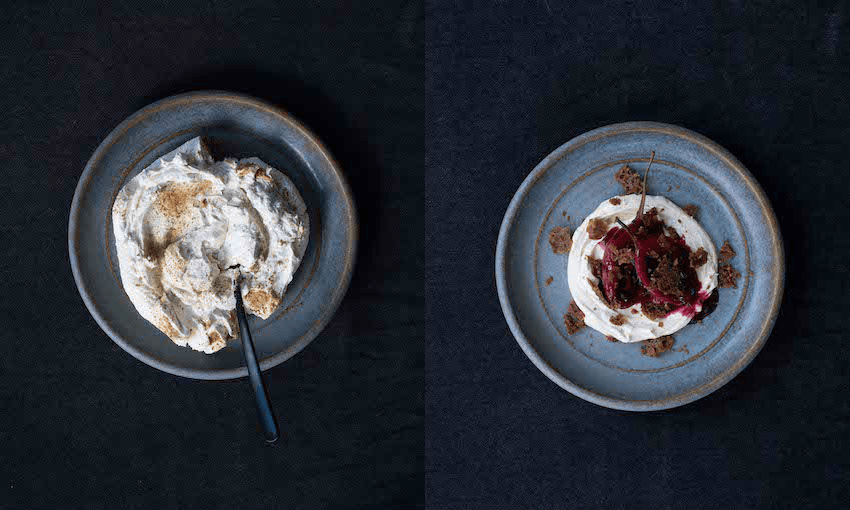 Could this be the perfect winter dessert? (Photo: Emma Boyd)

Could this be the perfect winter dessert? (Photo: Emma Boyd)

We have a tamarillo tree that grows behind a row of feijoa trees up against our old shed down the back of our garden. It is no longer standing as you might expect a tree to be, its soft wood and the weight of the fruit it miraculously bears every autumn has seen it give under its own weight. Every year we figure must be its last, yet on it goes giving forth the most beautiful fruit. Last year we turned a big batch into tamarillo chutney and this year we have been enjoying them poached atop creamy winter porridge, or, as in this recipe, on creamy vanilla-scented labneh with crunchy brandy snaps.

Put the tamarillos into a large saucepan along with the water, sugar, cinnamon and cardamom. Bring to the boil then reduce the heat and simmer gently for 15 minutes or until the tamarillos are soft.

Preheat the oven to 180°C and line a baking tray with baking paper.

Heat the butter and the brown sugar until melted. Remove from the heat and leave to cool a little before adding the ginger, cinnamon and a salt.

Place small balls of the mixture onto the lined oven tray and press down gently. Bake for 8 minutes or until bubbly and golden. They will spread into each other but this is OK as you break them up to serve anyway.  To serve, divide the labneh among 6 plates, top with two tamarillo halves, some tamarillo syrup and some brandy snap broken into pieces.