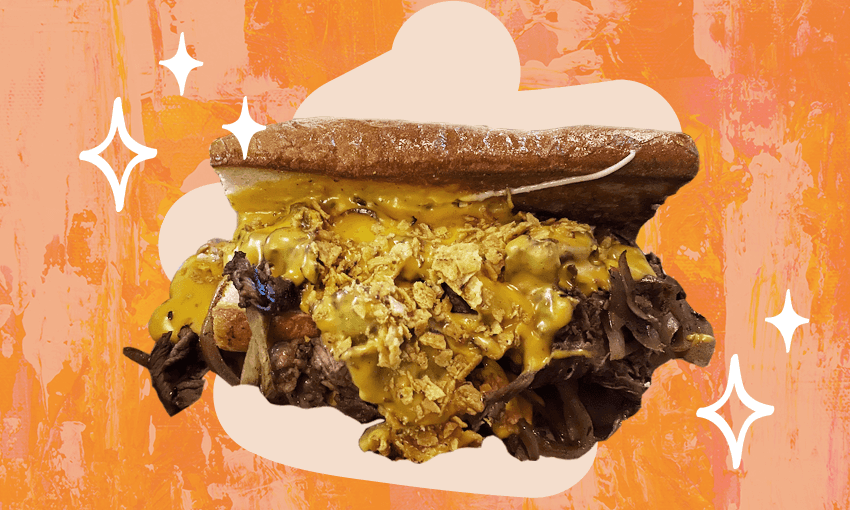 Like most people who ever set foot in Philadelphia, one of the first things I ate there was a cheesesteak. On paper it immediately ticked all the major boxes: meat, cheese, bread. But only once I tasted it did I understand what a culinary wonder a good cheesesteak truly is. I spent about six years studying and working in Philly, and reckon I probably had one every week or two.

A couple of weeks ago a specialty cheesesteak spot called Phat Philly’s opened in Auckland. It looked legit – at least from the photos on their website – so I decided to see how it stacked up to the cheesesteaks I’ve eaten over the years. Unlike almost every other cheesesteak I’ve eaten since leaving Philly, this time I can say I wasn’t disappointed in the slightest.

The “Full Phat” (essentially a classic Philly cheesesteak with onions) came out fast and piping hot. My first thought was that they’ve really nailed the bread – almost all cheesesteaks in Philly use a brand called Amoroso’s, and this was as close as you could get. As I got into it, the cheese, steak and onion had clearly all had a chance to get to know each other – each bite had a great balance of ingredients. Within a few minutes all that remained was the cheese and fat dripping down my fingers. Perfect.

Beyond the bread, this was pretty spot on for an authentic cheesesteak. The cheese tasted different from the cheese whiz I’m used to, but that’s probably because the stuff over there is 20% plastic – so I saw that as a plus. The steak was solid and very thinly sliced, which was awesome to see, but if anything maybe slightly underseasoned. The one rogue thing was the crispy onion flakes sprinkled on top – that’s a new one for me, but I was a fan of the added texture.

Cheesesteak spots in Philly often do something to differentiate theirs from everyone else’s – some have really long slices of steak, some have thick chunks, others have finely chopped everything. So what makes a good cheesesteak really depends on the person eating it. The one thing they all have in common is that all of the ingredients melt into each other to make a cheesy, meaty mess.

My favourite spot is Jim’s Steaks on South Street. A lot of people prefer Dalessandros, John’s Roast Pork or Max’s Steaks – all of these are great too. One thing you’ll never hear a Philadelphian say is that their favourite spot is either Geno’s or Pat’s. Those places are right next to each other and are a massive tourist trap. They still serve good cheesesteaks, but they survive off the taste buds of tourists, not those of locals.

A big part of the authentic cheesesteak experience in Philadelphia is in how you order them. I embarrassed myself the first time I ordered one, politely asking “Can I please get one cheesesteak with some onions? What sort of cheese do you have? How much is that?”. Little did I know there is an intricate ordering system that sets tourists and locals apart. It basically makes your order as short as possible, so the chefs can keep pumping them out. “Can I please have one cheesesteak with melted cheese and onions” becomes simply “One wiz wit”. “Can I please have two cheesesteaks with provolone and no onions” becomes “Two provolone witout”. Philly is all about efficiency in that sense, and I wish that was somehow a part of the Phat Philly’s experience too.

I’ve become accustomed to skipping right past a “classic Philly cheesesteak” any time I see one on a menu, assuming it will never be as good as the ones in Philly. The bar has been set at the very top and I don’t want to disappoint myself. I’m glad I made an exception for Phat Philly’s – it was one of the most authentic cheesesteaks I’ve had outside of Philadelphia, and it’s probably the only place I’ve found where I’d take any of my Philly mates for a taste of home.