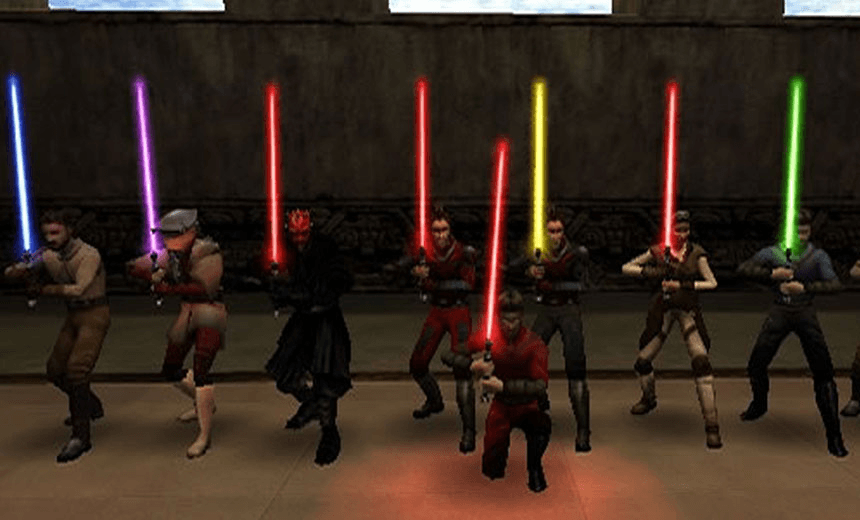 How I became a Jedi: Looking back at gameplay training forum The Jedi Academy

It’s likely earth will never be free of Star Wars, not least thanks to the many communities which have sprung up around the property’s various tentacles. In celebration of May the 4th day, José Barbosa tells the story of one such community and what it did for him.

Every so often you’ll find what exactly what you need. For a period of around six months in 2003, I was living with my parents on their lifestyle block in the rural Bay of Plenty.

In a lot of ways it was something of an idyllic existence: food appeared on the dining table three times a day (thanks Mum), I was warm and no one was asking me to write essays for university papers.

It was also a terribly boring existence. I had no friends living nearby. Mum and Dad were, and are, nice but their interests existed within a spectrum with the weather on one end and the first three stories on the 6pm news on the other. I ended up spending days by myself and sometimes didn’t speak to anyone for 12 hour stretches. I was sinking into myself.

We did have a computer, a Pentium 2 or something, and dial up internet. So that was a distraction, as was the occasional trip into Tauranga to buy games. And on one trip I bought Star Wars Jedi Knight 2: Jedi Outcast.

Released in 2002 by the now pretty much defunct publisher LucasArts (Disney bought it along with the rest of LucasFilm in 2012, then they closed it down) and sporting a title that mentions Jedi twice, the game was amazing.

The single player part of Jedi Outcast continued the story of mercenary Kyle Katarn. As the game progresses Kyle learns the way of the Jedi and slowly regains his force abilities (he forsook them in the first game, but that’s too long to get into here). Good action, great voice acting, ropy but endearing cutscenes: it was and is a jewel among the ten thousand other Star Wars games ever made.

But where it really excelled was in the multiplayer. The game had numerous game modes you could play with others online (Team Deathmatch, Capture-the-flag etc) all with an bevy of Star Wars-based weapons, but the only mode anyone cared about was lightsaber dueling.

Dueling was a tension soaked affair. Two players would square off against each other in an arena as a queue of other players looked on. They’d fight using lightsabers until one player’s health bar was depleted and they died. The next player in the queue would spawn in and the duels would continue on, sometimes into the morning.

What made this brilliant and a lot of fun to play was the gameplay and the etiquette that developed among the community. A duel could not begin until both players had bowed to each other in respect. Occasionally you’d get someone role playing as a sith who’d refuse to bow. But more often if there was no bowing, it was ‘cause the player was being a douche.

Players could choose from three different fighting styles to play. Red stance was very powerful, but slow; Blue stance inflicted less damage but was very fast and acrobatic; and Yellow stance was a mix of the two, a kind of inbetween, medium option (the butter chicken of the lightsaber stances if you will). This resulted in some interesting match ups as every stance had their own moves. Red had something called the DFA or Death From Above. If initiated the player would leap into the air bringing the saber down from behind their head onto the other player. If you didn’t counter or dodge in time the DFA would almost always destroy a huge amount of health either killing you outright like a hot knife cutting through steaming lard or leave you with a thin sliver or remaining life.

The Blue stance’s finishing move was possibly even more impressive. By pressing the right combination of mouse and keyboard buttons, one could do a complete 360 flip over their opponent and on reaching the apex of the flip, striking with a powerful blow almost always resulting in death. But what was even cooler was that if you had enabled the dismemberment cheat (everyone did, of course) you’d end up decapitating your foe. The game would automatically engage slow motion as the head would slide off, the stump charred and glowing like a cigar stub.

Crucially, each of those killing moves had specific counters which were difficult to perform, but devastating to the attacker if you could pull them off. In the normal run of things, however, your best bet was to recognise when your opponent was about to perform a special move and roll the fuck out of the way.

One of the best pieces of video game journalism I ever read (and have spent the last 16 years trying to find again) was a gripping account of a duel. The writer very quickly realised he was outmatched by his opponent who, incredibly, switched back and forth through all the stances as they deemed practical. Finally he was left with a spot of health and to his horror he recognised his enemy had started a dreaded DFA. He could try the DFA counter which in all probability would win him the match, but he’d never successfully performed one before. It didn’t matter. He had to try, it was life and death.

The killing stroke came and to his amazement his fingers flowed over the keyboard, he swung his saber at exactly the right time. The vastly more experienced foe, who’d from the start started slicing down his health stats like a chef in a carvery crumbled to the floor. The writer was aghast and sweaty from the impudence of his actions. The other player was, presumably, just as shocked; he logged off immediately without so much as a “GF” (great fight) in the text chat (it was customary to write this after a match). His next opponent spawned and immediately wrote: “awesome.”

Nothing like that ever happened to me. I was terribly shit at duelling; my only wins were through luck or the intoxication of my opponents. I was so green I thought GF meant “get fucked!” and spent my first few matches confused by the negativity of my online colleagues.But lost in the sea of flailing wannabes I somehow washed up here.

thejediacademy.net wasn’t just a clever name. It was exactly what it said it was: a training community for Jedi Knight 2. In the forums you could book into classes to be run by higher up officials in the community. And at a assigned time, which I always had trouble working out on account of the time zone difference, you’d log into a server with sometimes up to 20 other students in a recreation of the Jedi Temple on Yavin and a teacher would put you through your paces.

You could receive basic to expert training in all the stances; a range of skill levels in movement classes; acrobatics; beginner level design courses, intensive Capture the Flag strategy; roleplaying instruction; photography(!); mines and explosives workshops; there was, at least for a time, classes covering every aspect of the game. All held in game in multiplayer maps and all run by the community.

My game never really improved, but I was always happier just mucking around in a server. I met so many people on the JA maps. I remember one guy, a stormtrooper, made everyone in the map pile into a building. Turns out he’d spent the last hour placing hundreds of trip mines inside on of the bigger rooms. The floor was covered in them like a field of cultivated pineapples. He typed “SEE YOU IN HELL” and ran straight into the nearest mine. It started an almost instantaneous chain reaction and all the mines went up causing all our computers to crash along with the server.

I laughed so hard I woke up my parents downstairs.

And then there were the forums. The site still exists. Classes haven’t been held for a long time, but there’s still some people chatting away on in the threads. I found my old profile: I called myself underhill. I must have been right into Lord of the Rings then as it’s the alias Frodo uses when he leaves the Shire. I was a hobbit making his first steps in a bigger world.

Or a sense of just reaching out for anyone. Anyone at all.

And simply of becoming unhinged.

I barely remember any of this. And after a few months I’d moved back to Auckland and was spending less and less time with my fellow students. By the beginning of 2004 I’d clearly stopped going back at all, no doubt back enjoying the city with friends.

And yet the Academy meant something to me. It meant I had some kind of social life, albeit through the internet. It meant I had laughs and learnt about internet culture and some things about communicating via the internet (which is all I seem to do nowadays). And I had friends, weird, disembodied, Sandra-Bullock-in-The-Net-type-friends that were almost certainly all male. But I needed that for those few months. It kept me engaged, forced me out of myself.

And then I moved on and never looked back. Until today. And part of me wishes I’d stayed there, dueling to 2am, setting up trip mines in the Jedi temple, escaping the cold outside.

NB: The vigilant Josh Drummond managed to find that account of a JK2 duel after we published. Here it is in all its glory.