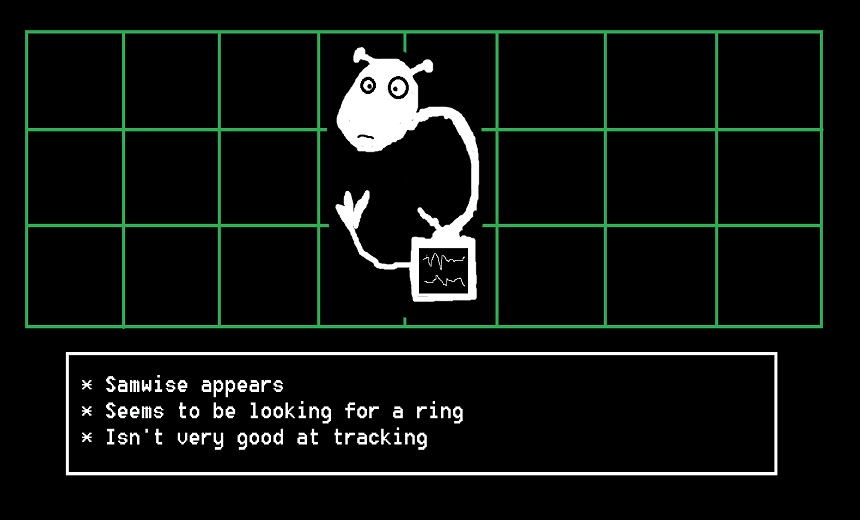 In Undertale, monsters aren’t bad, they’re just misunderstood – but that doesn’t mean you can’t slay them anyway. Liam Maguren holds the power of life and death in a game that straddles the line between hilarious and ridiculous.

Standing alongside the beautiful brutality of Bloodborne, the social life-crumbling world of The Witcher 3, and the skin-itching addiction of Fallout 4, 2015 championed the RPG indie charms of Undertale. It’s a PC exclusive, only takes five hours to finish, and wears an 8-bit aesthetic as proudly as a Texan wears a belt-buckle.

But what had people falling on their knees in holy praise is the game’s general conceit: it’s a dungeon crawler where you can defeat monsters either by killing them or getting to know them better.

For a genre that has spent decades forcing players to massacre monsters to the point of genocide without a second thought, this is a massive game-changer. But it’s only when you begin to play Undertale that it hits you square on the head with a slab of “How the hell did this not get made sooner?”

And that beginning throws you under a mountain and into a menacing confrontation with, erm, a flower. A flower named Flowey.

You’re then taken under the wing by a warm, motherly creature named Toriel who teaches you how to avoid violence during combat scenarios. The first proper “combat” puts you in front of a frog with absolutely no distinguishing features. Before anything heated happens, Toriel gives the frog an intimidating glare.

The frog goes away.

And that’s it. Battle over. You get nothing out of it, but you’re also still not a murderer. And Undertale wonders if you can remain that way.

Sometimes, to avoid violence, all it takes is to compliment a monster on their very cool hat. Other times, you need to unpick the secret desires lurking in the relationship between a pair of dude-bro knight guardians.

Toriel isn’t too keen to let you wander past the ruins and explore this world of monsters. It’s not like you can get lost though – this isn’t so much a Legend of Zelda experience as it is an adventure placed on a very singular track. The game gives you the option to travel back to previous locations, but there’s little incentive to do so.

Fortunately, it never feels like a big deal. You always want to push forward to see what other characters you’ll meet and how the game will tickle your ribs. However, as much as I adore Undertale’s golden humour, there is a point where the jokes flip the game’s world from ‘comedic’ to ‘ridiculous’.

(For me, it was when I reached the anxious aeroplane monster with a hidden crush. Imagine Lord of the Rings with a laugh track and if Samwise was half giraffe, half television. It’d be a lot harder to forgive that 30 minute ending, wouldn’t it?)

This makes it difficult to completely buy into the world and take the game too seriously, which becomes a bigger problem when the conclusion puts on a straight face and attempts to be profound about the lives you spared and the ones you took.

But it’s pretty easy to forgive since the ending goes coo coo bananas in the best way possible, throwing players off with a fake glitch that’s deeply – and purposefully – unsettling. This goes triple for me, given my laptop was experiencing actual malfunctions at the time that caused auto-shutdowns.

At first, I thought the game was legitimately out to destroy my computer, which would have trumped Eternal Darkness for the most meta videogame experience I’ve ever had. Turned out I was having issues with my cooling fan.

Bigpipe aren’t monsters, but you can still befriend them anyway! Sign up for unlimited, uncapped naked broadband.