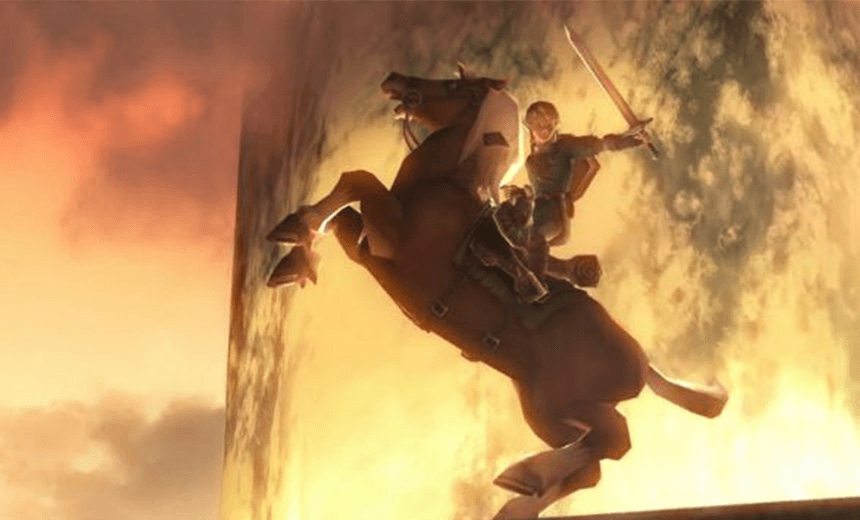 They’re remaking everything nowadays and past beloved games are no exception. Joseph Harper looks at a old Zelda favourite that’s been given a wipe around the chin.

The next great installment in Nintendo’s Zelda franchise looks very good but also seems to constantly be 700 years away. Nintendo’s next console, the ‘NX’ will come eventually, and with it, the glorious rpg-mode Breath of the Wild, but until then they’re finding ways to satiate the pro-Link set by putting oldies on their virtual console and remastering their not so distant classics. Which is exactly what led me to the Twilight Princess HD remaster.

This is one of the Zelda games I never played much when it first came out ten years ago. I definitely remember it being one of the more angsty titles in the franchise and I also recall the Wii-mote controls being somewhat clunky. The angst is really cemented here. Twilight Princess gets pretty dark when Midna chimes in and turns Link into a goddamn wolf. The aesthetic is all shadow granules and washed out memory light. For better or worse, it’s very mid-2000s. It looks fricken nice though. There are a whole mess of new textures that have been added to characters and environments that definitely make it sing. Whether you’re digging your way out of a prison, or wrestling a goat to the ground, everything is airy enough that you can feel the winds of Hyrule whistling over your character’s skin.

I also love using the big chunky Wii-U gameplay controller. It’s amazing that what is essentially an in-flight entertainment thingee feels very intuitive and comfy to use. There isn’t Wii-mote support here. If you’re a die hard fan of swinging a digital sword via deft wristy moves, all power to you. I for one think that it’s painfully shitty and was extremely pleased to navigate my way around via gamepad. The game makes excellent use of the second screen, letting you fiddle with your inventory or peruse maps while you dungeon crawl and puzzle solve your way through the Twilight Realm.

They’ve added a dungeons or two and there, and apparently they’ve cut down some of the original’s more laborious quests (I didn’t notice). Mostly this is a pretty superficial revamp of one of weirder Zelda titles out there. A dry shampoo and a bit of leave-in conditioner for it’s kind of mangy coat.

All this gaming content is brought to you with the help of Bigpipe, an ISP that loves its stabby daggers.