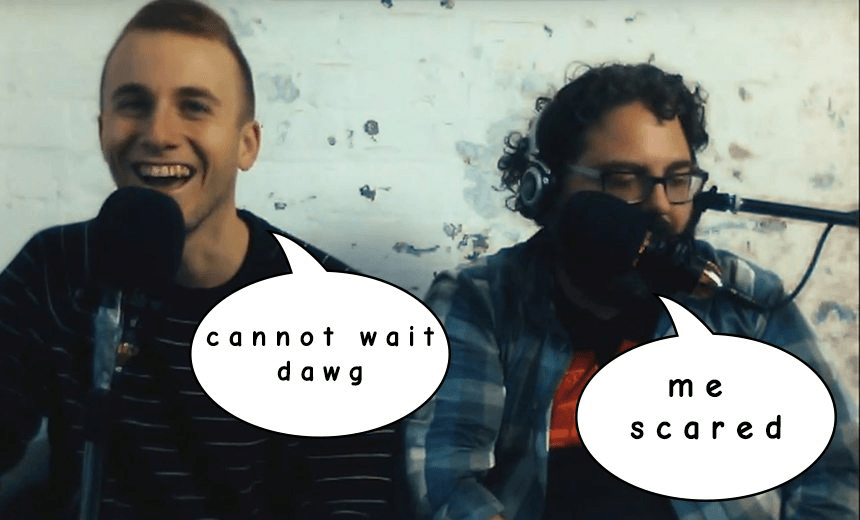 For years gamers everywhere have been waiting to load up No Man’s Sky and blast off into the heavens. The game is finally launching this week on PS4 and PC and there will be many who have taken a day off work or come down with the lurge on release day.

However, for the poor souls who haven’t been able to take the time from work, The Spinoff has it sorted. From 9am on Wednesday the 10th of August we will live-stream a Let’s Play of No Man’s Sky on our Facebook page for the whole work day until 5pm. We’ll also have scientists and commentators on board and we’ll have give-aways too. Join hosts Don Rowe and José Barbosa and special guests for an exercise in sedentary exploration as they probe the galaxy. Watch the video below for a taste of what’s to explode all over your reptile brain.

What: No Man’s Sky Live-stream

This unhinged attempt at getting off work is brought to by the mighty Bigpipe, ISP to the stars.