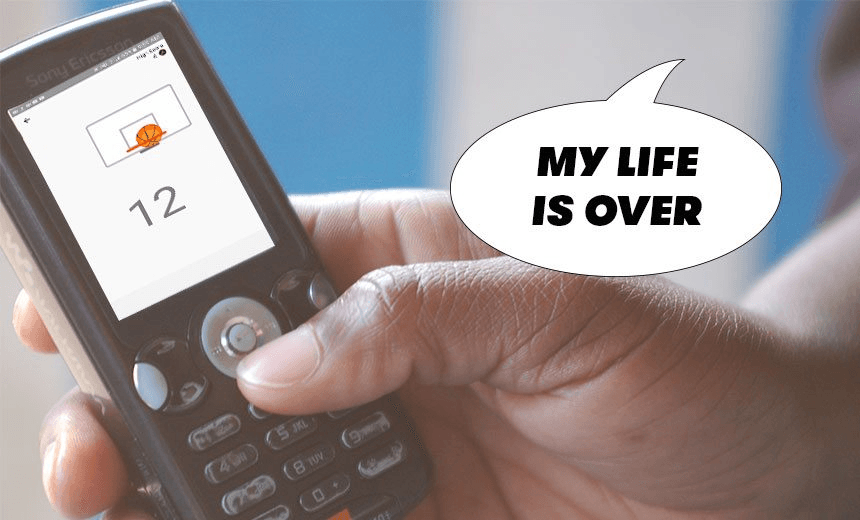 The Spinoff’s favourite games hidden in your phone

We’ve made the world a cornucopia of distractions and fidgety little things to keep us from achieving our potential as sentient beings. It turns out that the makers of all these doodads are, as expected, pure evil because they love hiding away secret games in software. It’s a double down on mindless game and here are some of our favourites.

I can’t think of a more hateful app on my phone. The purpose of its existence is to make you hate yourself for using it. Bad.

But it is chocka with wee hidden games that will at least distract you for the 4 seconds it would take to notice the Smith & Smith van that’s about to run you down. Try the basketball game today.

Start a chat with someone and type the basketball emoji (you can try the same thing with the football emoji). It’ll immediately load a game where you have to duck a basket ball in the hoop by swiping up. Your high score will appear in your mates chat window goading your friend like a shard of glass in their eye.

This appears to work with at least a few versions of Android, so why not give it a go? I mean, have you got some banquet to go to or something?

Go into your phone settings, click on “About this phone”, click on “software version” and start clicking on the Android version that’s listed. It’ll bring you to a flappy bird clone, but they’ve replaced the bird with that little Android robot thing.

Take note though, before that there’s a stylised Android logo that I still haven’t worked out what combination of clicks and swipes progresses you to the actual game. So I kinda just sit there, basically fapping away at my phone.

Just another hiccup on the journey to my eventual demise.

Technically this isn’t a hidden game. It’s something my friend Hayden thought up and few years ago which I’ve been doing ever since, so I figure it’s legit.

Create a new note in whatever note taking app you like, then start whatever dictation app you have. Then just start scat singing into your mic. Here’s a sample to get you going.

What my friend Hayden found was that the dictation taken by the phone is often hilarious. I mean, you have to do this stoned to really get the laffs going, but it works. Here’s an example from a session I’ve just completed.