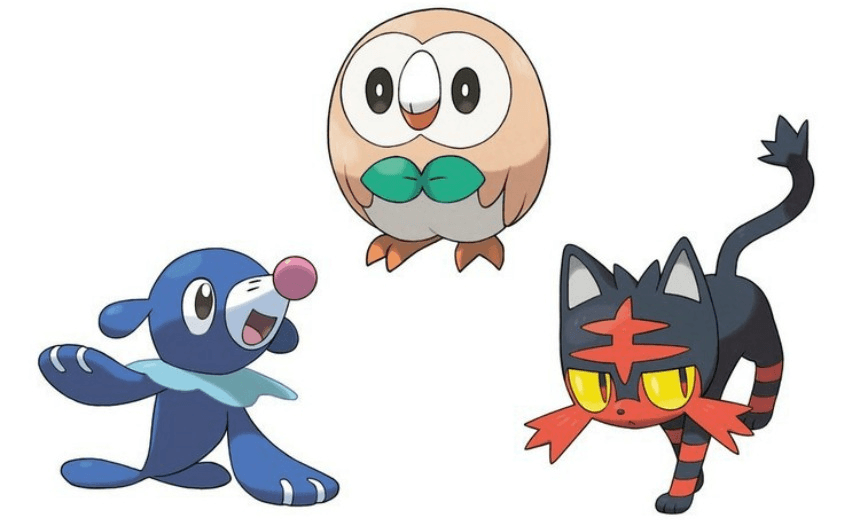 Important: Which new starter Pokémon is the cutest?

Joseph Harper reviews the three new starter Pokémon characters, using cutting-edge scientific methods to determine which one is the cutest.

Great news for children, and fully grown Nintendo tragics: while Pokémon Sun and Moon are still a wee way off, we’ve just been gifted the first offering of real game footage – including names and pictures of the three new starter Pokémon!

Of course, as per tradition, it’s necessary to decide which is the cutest.

How do we define the cutest? In years past, it’s sometimes been a fierce battle for cute supremacy (Bulbasaur edging out Charmander and Squirtle because it looks like my cat, or Chimchar narrowly beating out this delightful penguin and this surprisingly darling realistic turtle thing).

Other draft classes have yielded clear victors (Totodile over this disgusting thing, or Froakie beating out the rest because it is a gorgeous baby). There has only ever been one massive disaster year where the entire Pokémon draft class sucked (look into the eyes of three Pokémon who know full well they are Andrea Bargnanis).

In order to appraise this year’s crop I looked deep into their eyes, then asked my partner, who is pretty much disgusted by everything about Pokémon apart from how cute they are. I’ll also include some feedback from my friend’s tiny, adorable child for obvious reasons.

Facts are facts and this Pokémon is a beautiful angel from heaven. When I asked my partner which Pokémon she liked best, she instantly yelled (over FB) “The circle one.” “Where is its mouth? Where are its feet? I love it.” All great points.

We’ve been teased with various subpar owls over the years by the Pokémon gods. With Rowlet, one gets the feeling they’ve finally put it all together. The fact that “It looks like it’s wearing a leaf bra,” is not only a psychological tell (it’s clearly a bowtie, right?) it’s also the nail in the winsome coffin. A beautiful Pokémon.

IRL CHILD’S VIEW: The owl is “CUUTE” and “friendly” also. The owl is neither a boy or girl, it’s “a adult”.

No offence to any seals reading this, but this Pokémon makes me sick to my stomach. It’s the latest in a long line of revolting Seal-based Pokémon. The designers have fallen into the same traps they did with the dreadful Oshawott.

There’s too much going on here. Yes a little neck ruffle is good on paper. But this isn’t Victorian England, and William Shakespeare doesn’t write 3DS games. “I don’t like the seal thing,” said my revolted partner, “it’s trying too hard.” Sealed with a kiss? More like sealed with an ownage.

Considering the Japanese national affinity with the humble cat, it’s madness that we’ve never delighted in a good cat Pokémon – until now. Litten might just be the answer to our prayers. Yes it’s in grump-mode. Yes it has quite weird skin flaps on its face. But Litten’s X factor is its cool bad attitude.

Some will be intimidated by the grunge rock style of this Pokémon. Others will be afraid that “yellow eyes means jaundice.” But I can’t help but love a Pokémon with the moxie to tell me to step off, School of Rock style.

“It just looks pure evil.” Exactly, and at the end of the day, evil is cute. And this little puss is a nasty wee number. Five stars.

IRL CHILD’S VIEW: The cat is “spooky” and “grumpy” but still “friendly”.

Pokémon Sun and Moon aren’t out till November. In the meantime, check out the official Pokémon video and please do tell me which one you think is the best.