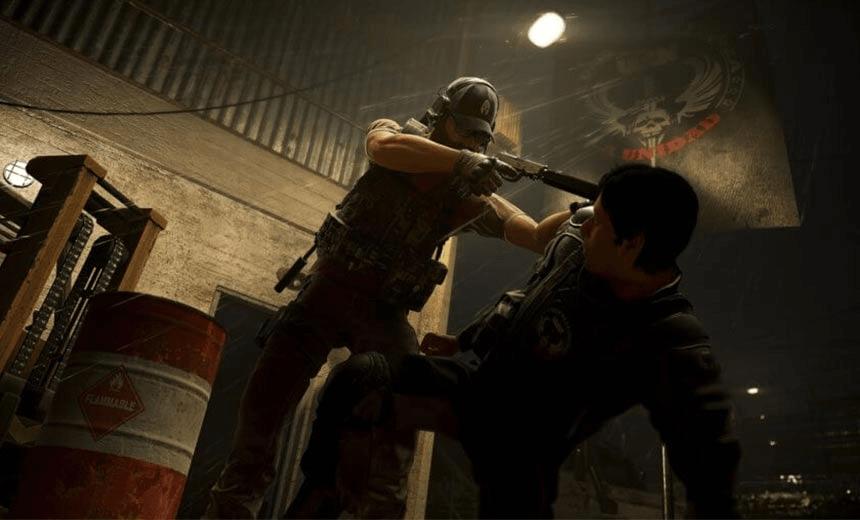 In the two weeks since its release, the latest open world tactical shooter from Ubisoft has won reasonably positive reviews. This won’t be one. Matthew Codd explains why Ghost Recon Wildlands is culturally insensitive, socially irresponsible and a chilling celebration of violent American imperialism. And the gameplay sucks too.

Like most of South America, Bolivia was colonised by Spain, so it has that Spanish influence, but it also has a rich native heritage. Indigenous peoples make up some 20% of the population, from the Aymara and Quechua people of the Andes to small, isolated groups a only few hundred strong. That heritage flows through to every facet of Bolivian culture, and is a major part of national identity (fun fact: prolific game voice actor Josh Keaton is Quechuan).

Drug cartels have long had a significant holding, and were behind the violent ‘Cocaine Coup’ of 1980 that installed dictator Luis García Meza. By the mid-90s, Bolivia was the third-largest cocaine producer in the world, with an estimated one in eight people earning a living from the drug trade. That number’s come down in the years since, but coca is still a fact of Bolivian life.

However, it’s an oversimplification to assume that all involved are gangsters. Cartels and kingpins are influential and dangerous, there’s no doubt about that, but the drug trade is a complicated issue. There’s a myriad of sociopolitical reasons for people to get involved; by and large, the people on the ground are innocent farmers trying to earn a living. Moreover, there’s a longstanding tradition of indigenous Bolivian people using coca leaves, further complicating efforts to shut down the trade.

What is very clear, though, is that the United States’ War on Drugs policy is an abject failure. At best, it simply shifts the problem from one country to the next; at worst, it exacerbates it. Meanwhile, Bolivia’s current Government, led by Evo Morales, has made a significant dent in cocaine manufacturing – and it did so by forcibly ejecting the DEA and legalizing a certain quota of coca production.

This is not Bolivia

I’m no expert on Bolivia. Everything above comes from a couple of hours’ of cursory research, but it seems that’s more than anyone at Ubisoft Paris did in the development of Ghost Recon Wildlands.

Instead of a land steeped in a rich, unique culture, Wildlands’ Bolivia is a stereotyped vision of a monolithic South America, as seen through the lens of bad Hollywood crime thrillers. There are two types of “Bolivian” people in Wildlands: generic Latino gangsters, complete with three-quarter cargo pants and an aversion to shirts; and generic Latino workers who fill the role of civilian. For some reason, everyone speaks English and does so with a bad Mexican accent. It’s like the developers couldn’t even conceive of Bolivia as distinct from Mexico (or from South America, The Country) despite building a great big open-world game set there.

Its handling of the whole drug trade scenario is even worse. The premise of Wildlands is that the Santa Blanca drug cartel has taken over Bolivia, turning it into a narco-terrorist state; with the Bolivian government and surprisingly well-equipped national police in its pocket, Santa Blanca is free to do as it pleases. Being the gangsters that they are, this means a lot of violence, murder, torture, rape. The game wants to make sure that you know that these are very bad, bad people, to justify casting you as a special ops agent tasked with dismantling Santa Blanca by gunning down everyone in sight.

There’s no effort to traverse the complicated nature of the drug trade, nor any attempt to explore the reality that people – even drug lords – are still people, with all the complexities inherent in that. There’s certainly no exploration of the idea that people can be involved in cocaine production without being heinous villains. In Ghost Recon Wildlands, if you have even the slightest involvement with drugs, you’re a capital-V Villain deserving of a bullet in the face.

And yet, there’s no attempt to explore the real harm that results from drug trafficking either. The game is overflowing with graphic depictions of torture and violence, but no effort to actually look at how the presence of cartels affects people. Wildlands manages to reduce the thousands of victims, both in-game and in real-life, to catalysts used to justify violent retribution from US agents. It turns this epidemic that ruins people’s lives into a game of cops and robbers. To call it insensitive is an understatement; it’s a dehumanising “fuck you” to everyone who’s affected.

Meanwhile, the game’s “heroes” are complete and utter sociopaths. In one early scene, amid idle chatter about the sorts of torture techniques used by the current targets, one character casually jokes that it’s nothing as “softball” as waterboarding. Another scene has characters laughing about how the arrested foes will get raped by Neo-Nazis in prison. These abhorrent “jokes” permeate Wildlands from start to finish, amid the usual cringeworthy celebrations of military machismo and gun porn. It runs through all this with a degree of earnestness that’s more than a little bit worrying. It feels like a propaganda piece designed to entice new recruits. I don’t think that’s the intent, but it’s an effusive celebration of militarism nonetheless.

This is the Bolivia that Ghost Recon Wildlands presents: a lawless wasteland, with nothing to redeem it and nothing to set it apart from the rest of Latin America. I’m not surprised that the Bolivian Government filed a formal complaint about the game and could take legal action. This is a repugnant, morally indefensible game, and it’s one that Ubisoft should be ashamed to have its name on.

A brief rebuttal to the “Keep politics out of our games!” crowd

Firstly, that’s a ridiculous statement, because any creative work is inherently political. Secondly, that argument holds even less water when the piece in question deliberately involves real places and political situations. Thirdly, even if you can somehow turn a blind eye to how obscene its politics are and take it purely as a piece of mindless entertainment, Ghost Recon Wildlands is still a mess.

It’s the epitome of Ubisoft: The Game: a huge open-world game that’s overflowing with the most banal filler content imaginable. There are more side-quests than you can shake a stick at, but they all involve either going to a place and stealing/hacking/photographing a piece of intel, or going to a place and killing everyone there. Even Assassin’s Creed’s feather collections are interesting by comparison.

Being a shooter, combat makes up the bulk of Wildlands. Gunplay is serviceable, but the enemies, AI, and level designs are so bad that any possibility for mindless shooty-bang fun is stripped away. Enemies have a bizarre ability to see and shoot through walls, yet they also have a tendency to just stand out in the open waiting to be shot, or to run head-first into a stream of bullets. What’s ostensibly a stealth / tactical shooter is undermined by the most simplistic level design I’ve ever seen – we’re talking single-level dwellings with two or three rooms, for the most part. There’s no excitement to be had in stealthily approaching such mundane layouts; I guess that’s why Ubisoft saw the need to force in mandatory stealth levels where being spotted is an instant game over.

It’s a co-op game, so all of this becomes a lot more fun when playing with friends. That said, friends can make watching paint dry into a fun experience, and Wildlands’ co-op fun is definitely of the “misery shared” variety. On the other hand, playing with strangers makes a bad game even worse, thanks to vague expectation of teamwork and cooperation that randoms just don’t seem capable of adhering to.

Ghost Recon Wildlands does nothing that hasn’t been done before, and been done far better. If you want creative freedom and open-world mayhem, play Far Cry 4 or Just Cause 3; if you want a smart, tactical stealth shooter, play Sniper Elite 4 or Metal Gear Solid V; if you want co-op fun, play any of the approximately 8345287354 co-op shooters released every second. I just can’t see any grounds to recommend this game, even purely from a “fun” perspective.

This post, like all our gaming posts, was brought to you with the help of our mates at Bigpipe Broadband