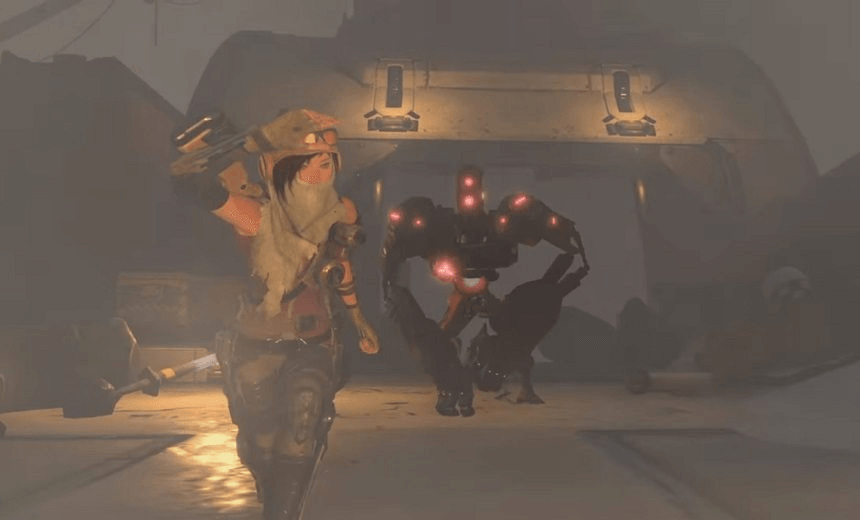 All style, no substance: Microsoft’s doomed foray into action-adventure games

Microsoft first announced their move into the action-adventure genre when they scored temporary rights to Rise of the Tomb Raider. Now with ReCore they have their own title – but is it any good?

A couple of years ago, Microsoft announced they had obtained exclusive rights to Rise of the Tomb Raider, at least for a period of time. It was a move that upset many, but made sense from Microsoft’s perspective, especially after the head of Xbox, Phil Spencer, candidly revealed that they were trying to fill an Uncharted-sized hole in the Xbox One lineup. What we didn’t know at the time was that ReCore was waiting in the wings – a game that could well have been the start of Microsoft’s very own action-adventure powerhouse.

Now that it’s out, we know that ReCore isn’t that game, but what’s frustrating is that it deserves to be. It has some of the best level design I’ve ever encountered, in terms of both functionality and world-building, but technical woes, balance issues, and underdeveloped ideas get in the way at every turn.

When I say best level design ever, I’m being only slightly hyperbolic. A 3D platformer at heart, ReCore is filled with jumping and exploration puzzles that are both intricate and expansive. Taking a growing arsenal of abilities – double jumps, gliding, and the like – and stringing them together to navigate the environment is so intrinsically satisfying that the lack of noteworthy tangible rewards for your effort is barely cause for concern.

Sure, the more carefully-constructed platforming puzzles always lead to some sort of prize, but they’re just there to give you something to aim for. None of these things would be worth tracking down on their own right, but the process of actually getting there is a rush. When the level design, the abilities of Joule and her robotic companions, and the skills of the player come together just so, ReCore becomes as much a piece of performance art as it is a game.

In fact, I’ll go one further and say that one of the game’s strengths is that there are plenty of facets of the game’s world that serve no functional purpose whatsoever. There’s a multitude of rock formations, bits of debris, and so on that aren’t obstacles to be cleared in any strict sense, but you can still climb them, and the simple act of trying to overcome the geometry and see where you can go fosters a wonderful sense of exploration. These “pointless” structures also give Far Eden a feeling of authenticity, because the ones that play a more significant role feel haphazard, even random. It creates a compelling illusion that these meticulously-designed puzzles are there by coincidence.

Add to this a remarkable sense of world-building and environmental storytelling. Half-built structures, collapsed scaffolding, crashed rockets, and ominous crystalline growths litter the world, painting a vivid image of a terraforming project gone horribly wrong. ReCore may have a central plot that’s not particularly exciting, colourful cast notwithstanding, but it has a wealth of untold stories for you to discover and piece together by exploring.

Were this the extent of the game, ReCore would be every bit the action-adventure masterpiece that Microsoft desperately needs. Sadly, that’s not the case.

Even after a patch that’s improved them somewhat, load times are horrendous – when you’re counting the wait in minutes rather than seconds, you know things are dire. This is made worse by the unnecessary frequency of loading thanks to poorly-balanced combat that often brings sudden, unexpected deaths. Enemies have a tendency of attacking you from off-screen, and shoddy hit detection makes dodging unreliable, even for those attacks that you do see coming. When it only takes one or two hits to put you down, and death comes with a couple of minutes worth of staring into the black abyss of a loading screen, this becomes utterly infuriating.

When it’s not being horribly unbalanced, fighting in ReCore is just dull. It’s a typical third-person shooter, but with a generic automatic rifle as your only gun. Ostensibly, the defining feature is a colour-matching system: your gun has three different colour-coded settings, and shooting an enemy with gunfire of the same colour does more damage. That’s about the extent of it – lock onto a foe, pick the matching colour on your gun, and squeeze the trigger till its dead. There’s no cost of any sort to changing colours and the ammo pool is shared, so there’s no tactical element to this mechanic at all; it’s just a gimmick trying to mask incredibly dull gunplay.

Then there’s the levelling system that’s so aimless its only purpose, as far as I can tell, is to pad out the game through arbitrary gatekeeping. You surely know the drill by now: kill enemies, earn experience points, level up, and get stronger, but in ReCore, there’s no benefit to it whatsoever. Numbers get bigger, but enemies are generally of a similar level so they take just as long to kill, and without a skill tree or any other such RPG systems, levelling up brings nothing else to the table. However, it does mean that the devs can slap a big lock on a door leading to your next objective – “You must be level 20 to pass!” – and force you to grind for an hour.

My biggest frustration with all these problems isn’t how tiresome they are in their own right, or even the way they interfere with the aspects of ReCore that are genuinely best-in-class; it’s the fact that they’re all things that could have been addressed if the game been better resourced. A bigger budget and more development time would have allowed for the playtesting and code optimisation to iron out these kinks.

If it hadn’t been rushed to the finish, ReCore could have not just plugged a genre gap in the Xbox line-up, but been one of the best examples of an action-adventure romp, more than capable of hanging with the Uncharted’s and the Tomb Raiders of the world. Instead, we got a mediocre game that’s as infuriating as it is exciting.