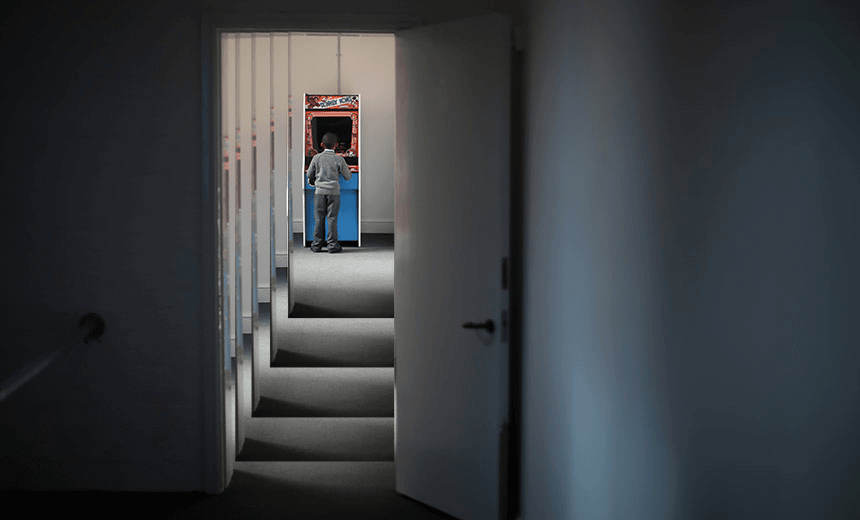 It’s gotten so developers can’t seem to help put chuck in the occasional mini-game to give red-eyed gamers a respite from the main action. A cabal of Spinoff writers have come together to provide a ranking of their favourite wee games nested within bigger games.

1) Gwent from The Witcher 3

Players compete in a best of three competition to rack up the highest score through placing various combat cards into one of three categories on the battlefield: close combat, ranged, and siege. Units can be weakened or entirely eliminated with cards that call in blizzards or rain or plagues, and buffed with cards that sound horns to rally the men. Special high powered heroes, however, are unaffected. The decks range across four different factions, each with their own unique units, hero cards, leaders and play style. Masters of each can be found across the Northern Kingdoms; beat them and gank their prized cards. Alternatively, basically every merchant in the game is ripe for a stomping if you feel the mood take you, or even if you just want to get down to Gwent’s kickass theme tunes.

I’ve racked up near 200 hours in The Witcher 3 by now, and I’d say at least half of them were spent playing Gwent. That’s not an indictment on my imagination, but a testament to how incredibly complex Gwent really is. And there’s only one way to find out how deep the rabbit hole goes… -Don Rowe

Putting aside the Hot Coffee controversy (because who really needs to go there?) the seventh entry into the GTA series is infamous for being filled to the gunnels with just about every diversion on God’s green earth. There’s shitty basketball, pool, the lowrider challenge, RC plane flying and so much more. But the game also had 4 different arcade style games you could play. They were all amusing, but Go Go Space Monkey beats out They Crawled From Uranus simply because the side scroller was reasonably difficult and featured a primate riding a wooden tub in the expanse of space fighting alien bananas. Conceptually this wee game was off the hook. -José Barbosa

3) Man the Meat from No More Heroes 2

It’s a side-job you need in order to fund your true passion – killing other professional killers. All you have to do is fry the meat long enough to the man’s liking (medium, rare, well-done). If done correctly, he gives you a thumbs up and walks away. If you fudge it, he throws a fork in your face. The mini-game’s not exactly fun, and that’s kind of the point. There’s something really tongue-in-cheek about having to go away from having a fun time in a mundane 3D world to do something mundane in a fun 8-bit retro world. Out of all the side-job mini-games in No More Heroes 2, Man the Meat nailed the joke the best. -Liam Maguren

Of all the mini-games in all the world, nothing has driven me more insane than the Home-Run Contest in the Super Smash Bros. series. A feature of the game since 2001’s Melee Gamecube incarnation, your job is to beat the shit out of an adorable punching bag for ten seconds then use a baseball bat or some other ‘power move’ to send it flying as far as possible. Using powerful and extremely un-fun calculations, nerds have managed to send the little bag near infinite distances using big baddy Ganondorf or twee bashers the Ice Climbers. My best ever is considerably less: just over 1000ft using Ness, the telekinetic cutie-pie. – Joseph Harper

Before they were tragically phased out around six years ago, every Pokémon game featured a gaming corner. With rows and rows of itty bitty slot machines on which to gamble your
troubles (and Pokédollars) away, they were the game within the game for when everything in the Pokémon world got a little too much. It was pretty much exactly like playing real slot
machines. Time stood still. They had fun graphics and cute sounds. You never ever won, but you also sometimes won.

Were some machines luckier than others? Was there a science to timing when you pressed ‘A’ to stop the slots spinning? If you talk to some guy, then play such-and- such a machine and then rapidly press the up and down buttons would you definitely, definitely win? The Pokémon slot machines were the perfect gateway for young minds into the maddeningly mysterious yet fabulously compulsive world of virtual gambling.

Yet another casualty of political correctness run amok, the loss of the Pokémon slot machines serves as a cautionary tale for us all. What more can we lose before we lose it all? -Katie Parker

Whenever those sneaky walking rocks or the gross yellow slugs in Commander Keen got too stressful, you could always hit F1 and enjoy a relaxing game of PaddleWar. It was accessible from the game’s main menu, which, predating the Pip-Boy in Fallout, was operated from a device worn on Commander Keen’s wrist.

Geometry Wars! It’s a well-known, top-down, dual-analog shooter, with visuals that are somewhere between a fractal hallucination and a fireworks display. It’s a great game in all of its various iterations. The most well-known is probably Geometry Wars Evolved, which launched way back in 2005 as one of the first downloadable titles on a console for Xbox Live Arcade. It did very well, mainly because it was the closest thing that the Xbox 360 had to a good, exclusive launch game. It’s had a number of successful sequels released on everything from PC to Nintendo DS. But what’s it doing in this list?

Geometry Wars began life as an easter egg in the original Xbox game Project Gotham Racing 2, developed by Bizarre Creations. My brothers and I found it in the free-roam mode in PGR2’s Garage, tucked away in a dusty arcade cabinet. If you went up to it and pressed A, you’d start playing. It was pretty simple – increasing numbers of of geometric enemies would try to suicide-kill the player character, an irregular concave nonagon. You moved with one analog stick and directed projectiles with the other. Killing enemies allowed you to cycle through different kinds of bullet upgrades, which came in handy when the screen filled with enemies.

It was a fantastic game. After a while we stopped playing the main mode of Project Gotham Racing 2 to concentrate on getting better at Geometry Wars. My brother Leon was a kind of savant at the game – he’d sit there in a trance, while he scored millions taking down wave after wave of enemies. None of us could get even close to his high scores, but that didn’t stop us trying. It was the best kind of mini-game; one that turns out to be better than the game it was part of. -Josh Drummond

This post has been crafted and brought to your eye orbs with help from our lovely sponsors Bigpipe, the only ISP that graduated first class from the Wolf school.