With a $1.3 million seed round now under its belt, New Zealand startup Yabble is looking to help everyday consumers get fairly rewarded for their data by shaking up the way information gets bought and sold.

Data is a powerful resource in today’s economy. Managed well, it can help businesses get ahead by giving consumers what they really want. Managed poorly, it can leave consumers feeling exploited and used; damaging any trust in the business they once had. We saw it a few years ago after the Cambridge Analytica scandal when trust in Facebook plummeted by more than 60%. And while that’s an extreme example, it highlighted just how much data about us existed out there in the world – often without our knowledge – for businesses to market and use.

Whether we like it or not, there’s no turning back from the data-led economy we now live in. But there are ways consumers can make the most of it. New Zealand market insights company Yabble, for instance, is empowering people to realise the value of their data. Launched in 2017 by longtime friends Rachel O’Shea and Kathryn Topp, Yabble connects brands to consumers who share ideas and provide feedback on experiences and products. In return, consumers are rewarded with points they can redeem for vouchers at retailers like Pak’nSave, Mitre 10 and Farmers.

Currently, Yabble has around 30,000 users signed up in New Zealand and up to 50 local and Australian brands using its services for market research and insights, mostly in the form of user surveys. Now, three years in, Yabble is looking to enter the next phase of its business with an innovative and disruptive plan to build the “world’s first consumer to business data marketplace”. O’Shea, who comes from an extensive marketing background working for multinationals like Diageo in London, says this next phase is driven by the idea that consumers are “co-creators” of their data. 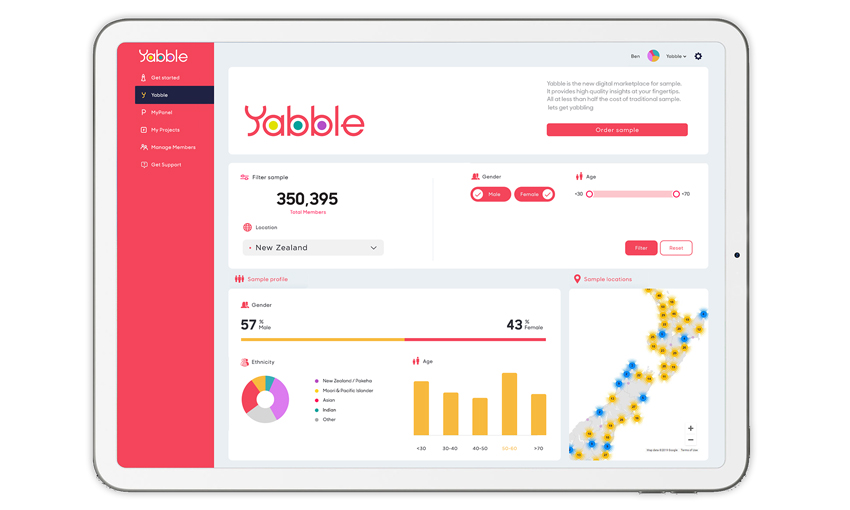 “In the world of insights today, if a business wanted to buy a piece of data to help inform their decision making, which might be payment data from a bank or loyalty card data from a supermarket, this will probably happen without consumers being actively aware of it,” says O’Shea.

“We want to bring consumers into that loop, helping them recognise the value of data and, if they choose to, give them the tools to get rewarded for it. Currently, data holders get the most value, often neglecting to recognise the consumer who swiped that loyalty card or made that payment.”

To try and address this imbalance, Yabble’s aim is to create a platform that would allow users to essentially “gig” their data, much in the same way we “gig our spare bedrooms with Airbnb” or “gig our driveways with Parkable”. Consumers can join Yabble, give permission for their data to be used for research – always without their personally identifiable information being shared – and then be rewarded for it when a company comes along and wants to purchase it. Crucially, the choice is for the consumer to make – they can say yes or no to sharing their data with an interested party at any time. 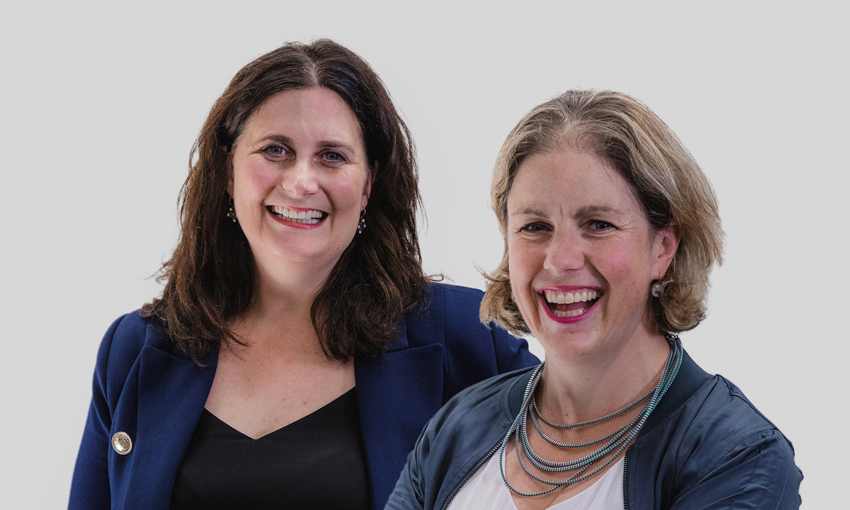 While O’Shea and Topp successfully bootstrapped Yabble for the last three years, the pair knew realising the next stage of the business would require some serious investment. To achieve this, they spent the last few months working on its first capital raise – a slow and much delayed process thanks to Covid-19 – which it recently closed with a $1.3 million seed round thanks, in part, to investment from venture capital fund Movac Fund 5. The fund, supported by cornerstone investor Kiwi Wealth which committed $54 million to Movac in September, has a specific focus on helping innovative homegrown tech companies and Yabble is the fund’s first investment.

That investment means Yabble will not only be able to make a huge push with its app, which is central to the company making it easier for consumers and businesses to buy and sell data, but it will also mean taking Yabble to North America. It’s the world’s biggest data and insights market and the most progressive in terms of privacy legislation, particularly in California whose privacy protection act has now surpassed the European Union’s GDPR as the world’s leading standard for data privacy. O’Shea says this means consumer understanding around data rights is already high, making it easier for Yabble to gain a footing in the market.

“Consumers deserve to be recognised for their data and legislation is there as their backstop, but actually, we need to all be consumer data champions,” she says.

“We need to create that win-win by working together with our consumers on data, recognising them for it, sharing and making it easy for them to learn from their own data.”

The Unity Books bestseller chart for the week ending April 16