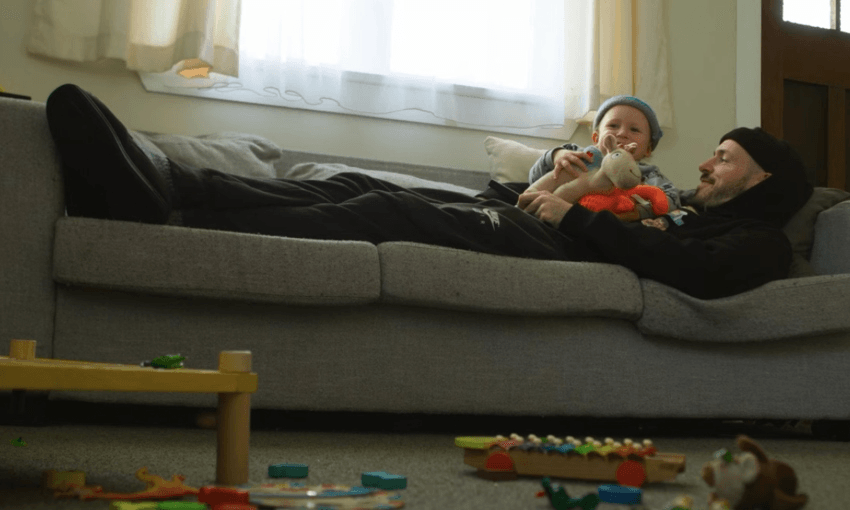 Rapper Tom Scott has dropped a brand new documentary about trying to make a living as an artist. So is it any good? Extremely unsuccessful former jazz musician Alex Braae had a watch.

Tom Scott has always seemed to have an intimate understanding that he won’t get any rap game riches. At a time when the stacking of money was a dominant theme for the genre internationally, the rapper behind Homebrew and Avantdale Bowling Club got to talk about other things.

It’s something of a bind for musicians in New Zealand. After all, why shouldn’t artists try and make big money while they’ve got the chance? As UK grime artist Dizzee Rascal once put it, “does keeping it real mean I have to stay underground, playing shit raves and chasing promoters for my money, when I can do a big pop show where they like me, look after me and pay me well?”

But what would be considered underground in the UK wouldn’t be far away from hitting a peak here. Because there’s almost none of it to go around, the question of money dominates Tom Scott’s new documentary Don’t Quit Your Day Job. Of course people want to get paid. But for almost everyone from the YGB (Young, Gifted and Broke) collective profiled in the documentary, art isn’t much of an earner. That’s especially the case when you consider how uncompromising the work of the wider YGB world has always been. Most have real jobs.

“The freezing works let me know that there’s a place for me,” said Lucky Lance, in Team Dynamite’s 2013 track ‘Shepherd’s Delight’. It’s a bleak view of the prospects of making a living from music, and it was delivered at a time when the band seemed on the verge of really blowing up. Team Dynamite, who share members with the wider YGB collective, make music that is brilliant, complex and evocative, and most of a decade later hasn’t made them rich.

The documentary, released directly onto YouTube today, is unlikely to change anyone’s financial situation either. There’s a frenetic opening, which feels like a representation of what memories Tom Scott has left of his heady, partying days. From there, it zooms out to talk to a range of artists in their own spaces, and allows them to share their thoughts directly without leaning on a narrator or voiceover. Contributions come from the likes of Bailey Wiley, Christoph el Truento, and Haz Beats. They’ve all tried to make art pay, with varying levels of success.

The best bits are the ones that deal with that way of living head on. When there is no realistic commercial success to be had, there is conversely no commercial failure to be concerned about. So long as the work that comes out is an honest reflection of what the artist needs to say, then it can be considered a success. Clearly, having a real job can be liberating, because it takes some of the stress out of putting food on the table.

But people don’t necessarily want to hear it. Homebrew could have been way bigger than they ended up, and probably had way more commercial success, had Tom Scott really tried to capitalise on it. Maybe if he’d released more radio-friendly singles about partying, every single year for a decade. But that too would have become dishonest after a while. As Scott put it, “it’s really hard for me to wear the Homebrew hat and be a drunk, or a fucking mess. Like, I’m trying to be a dad.”

If there is one slight weakness with the documentary, it is to occasionally lean in to the idea that there is some nobility, or artistic purpose in suffering – “learn to love baked beans,” as writer Dominic Hoey puts it. He’s absolutely right in one sense, in that to be fully, totally devoted to art those practising it have to sacrifice in other areas. But at the same time, not knowing how many casual shifts you’ll get next week, and with that how secure your next rent payment is, truly and objectively sucks. Suffering sucks. Perhaps there was an assumption made that those watching will already understand that full well.

The strongest point is the drawing out of the theme that art is only ever going to one facet of a rounded, complete person. Subjects talk about parenthood and being a there for others, and it’s entirely incidental to how they express themselves in other ways. Nobody should define themselves purely on one thing – be it their work or their social life or creative pursuits or hobbies or relationship.

Overall what has been created in Don’t Quit Your Day Job is a deeply thoughtful look at artistic life. When other hip hop artists are creating fantasy worlds and describing them as real, Tom Scott and his colleagues have correctly figured out that real life is much more interesting.

Watch it or nah?