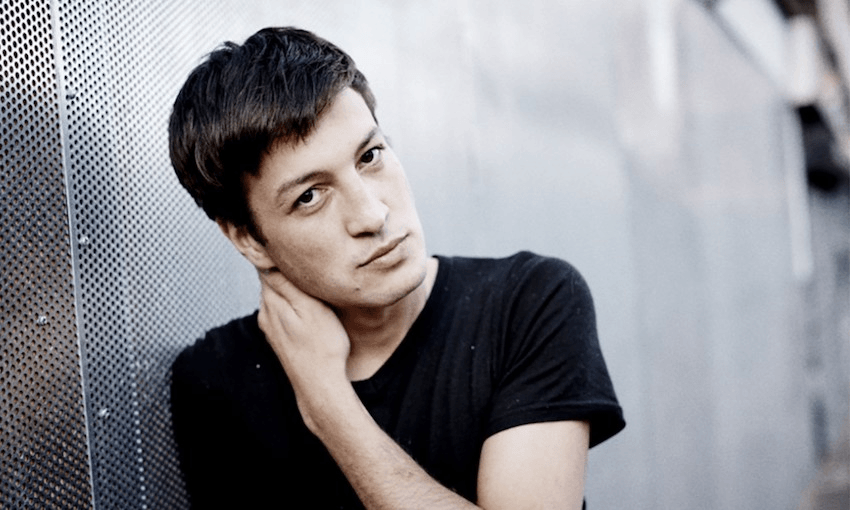 Tonight, Marlon Williams won the 2018 APRA Silver Scroll for his song ‘Nobody Gets What They Want Anymore’. He talked to Henry Oliver about why it’s the best song he’s ever written.

The Spinoff: I assume you’re the one who entered ‘Nobody Gets What They Want Anymore’ for a Silver Scroll. Why this song?

Marlon Williams: It’s the song I’m most proud of on the album. I think it’s the best song I’ve ever written. So it was going to be one I put forward. I think it’s a better song than all the other ones. It’s the one that has meant the most to me and helped me the most and is still the one I enjoy playing the most.

What is it about it?

The way it builds. It’s a lot of fun to play live. I dunno… I like the chorus melody. I’m not trying to blow my own horn, but I enjoy singing it. I enjoy the song. I can see it within a cultural context of being the best of a bunch that I have.

Do you remember writing it?

I remember the melody of the song being around. And the lyric of the chorus, that was there for quite a long time. And it was always Paul McCartney singing it in my head. He gave me the line I think.

You’ve got this line you think is special, what do you do with that?

You get nervous. A little bit excited. What else can you do that can keep up with it. And it’s quite a statement lyrically – nobody gets what they want anymore – so the whole thing lent itself to an epic unfolding. And there were a lot of epic things going on in my life so it all just lined up. I could hear that other voice in the song and all signs pointed to a big, grand gesture.

So, do you try and write the rest of the song vocally before you pick up the guitar?

I try and do as much as I can without even singing. I try and get as much of it locked away before I do anything. If I pick up the guitar, I’m proned to just playing the C chord, then I’m fucked. C, G, here we go again. So the more you can slip past the goalie, the better. Then you can let the melody do more interesting things and find the harmony with the chord underneath it. It’s got more freedom.

You’ve got the verse-chorus-verse, then you shift into this other bit. Not an outro or a bridge so much as another movement.

That had existed for a while, of itself. I even looked at other songs on the album that I could just squish it in between, and then I finished the main section and it finishes on that B chord and thought, this is the moment for that E-major-7. It’s a total classic 70s singer-songwriter trick – I actually picked it up from a guy named Bob Carpenter whose song ‘Silent Passage’ I covered on my first album. There’s another song on that album which is a big soul song then does this major-7 chord and it’s like, oh, we’re not quite done yet, there’s a tone shift. So it all just lined up. The song’s about singing this line – nobody gets what they want anymore – then there’s this absolute betrayal at the end, that’s like, nah, this sucks. It gave it a little bit more of a story arc.

We’ve talked about how you recorded the duet remotely, how did you get those harmonies so good singing weeks apart in different parts of the world?

Honestly, Aldous Harding is the most intuitive singer in the world. She can just pick anything up and follow the phrasing to a tee. It’s lucky that she can do that. And she’s always been able to do that. So I just had a lot of faith that she could that, although it would have been better to be able to do it together, of course.

Did you know exactly what you were going to get back from her?

Mostly, we talked about the song a fair bit and she’d heard me singing that chorus for quite a while – just that one line. As Paul. So she knew the vibe.

Do you ever listen to the song?

What’s it like for you to hear that song?

Well, I enjoy it! Sometimes I listen to it just to stay in touch with what it was that got me to write that song, because I feel like there’s something to it and I can see progress in it. So I find it interesting to listen to.

Is that different to the other songs on the album? Particularly having that other voice of it.

It is, but I only listen to my own songs as a means of self-improvement, so I look at it pretty mechanically.

Yeah, I’m not mopping about.

It does and it doesn’t. There’s enough of me creeping away from it that it feels healthy. But I also remember being exactly in the spot where I wrote it and where I recorded it. Sometimes it’s a little bit cringey to listen to but I imagine that’s something that’ll be there for the rest of my life with this album.