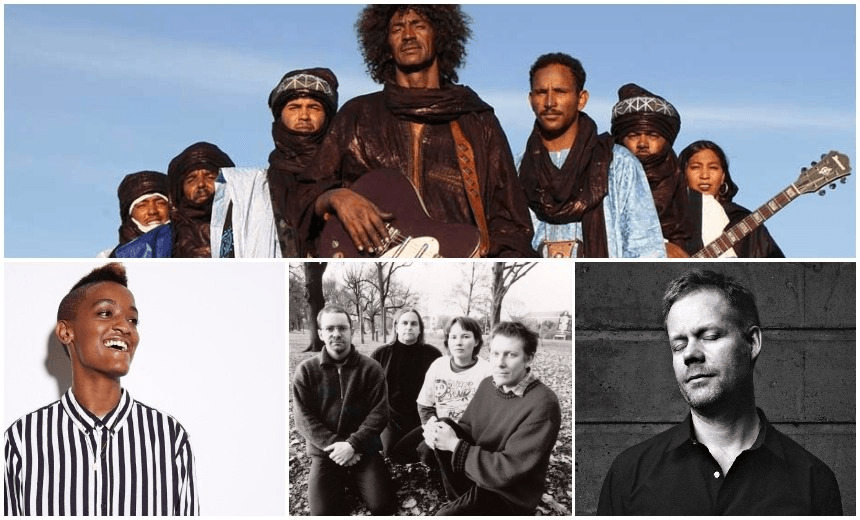 Last week, Syd – of Odd Future and The Internet fame – released her solo debut, a digestible 12 tracks called Fin. It’s R&B sex-mix fodder in the vein of Aaliyah, D’Angelo and, more recently, Solange – although Fin is sonically grittier and less overtly political than A Seat at the Table, it contains Solange’s sweet vocal riffs and unschmaltzy emotional honesty. The production was handled by the likes of Hit Boy (of Kendrick Lamar’s ‘Backseat Freestyle’ fame), hazebanga and Syd herself, and the moody, synth-heavy production on tracks like ‘Nothin to Somethin’ characterises the whole record, making it a mellow album to throw on during low-key parties or lengthy hook-up sessions. The album’s solitary feature is from Atlantan rising star 6LACK on ‘Over’; an album highlight dealing with the topic of fading love. It’s thematically consistent with much of the rest of Fin, which has women, Making It, being grateful for success, love (both alive and lost) and sex as its subject matter. Sydney Bennett has been simmering under the surface for years now as other Odd Future members like Tyler, The Creator and Frank Ocean have shot to superstardom. Fin could well be Syd’s crossover point into mainstream recognition, as well it should be. – Madeleine Holden

The Bats – The Deep Set

The Bats’ Robert Scott has been busy through the 2010s – starting with the excellent Bats album Free All Monsters in 2011, going solo on the equally strong The Green Room in 2014, touring with The Clean through a variety of reunion shows, before dropping The Deep Set, the Bats’ ninth album. It borders on cliche to describe Scott as being like a fine wine, getting better with age, but there is a reason why this description tends to reappear – he hones and improves his songwriting with each release. Whereas The Green Room was hushed in places and leaned more to the folk side of Scott’s sound, here, supported by the full band (the same original lineup which has been together since 1982), the listener is treated to a jangly record of earworm hooks, gentle harmonies, and lovely band interplay. Kaye Woodward’s clever guitar lines wind perfectly through the songs, while the rhythm section of Paul Kean and Malcolm Grant sound like they have indeed been in lockstep for the past 35 years. There are hints here and there of the chaos of 2017 (“So much for looking after each other / So much for planning for tomorrow” on the highlight ‘Antlers’), and a string section makes an unobtrusive appearance on ‘Steely Gaze’, but otherwise this sounds like every other Bats album, but even better. – Pete Douglas

I feel like Virginia Woolf has been following me around recently. This summer I read two books by Rebecca Solnit (which might be bragging if either of them were over 150 pages and they weren’t two of only three books I’ve managed to finish in the last year), which contained a single Virginia Woolf quote (“The future is dark, which is the best thing the future can be, I think”) no less than four times. So an hour-plus of Woolf-themed music from “post-classical” soundtrack composer Max Richter? Why not? Three Worlds was written as an accompaniment to a dance interpretation of three Woolf novels (Mrs Dalloway, Orlando, The Waves) by choreographer Wayne McGregor and contains three primary modes: film soundtrack-stuff stuff with lyrical violins painting pictures of windy beaches and tearful goodbyes; death-is-but-a-beautiful-void classical drone; and electro-acoustic sampling, phasing and manipulation mixed with orchestral remnants. And it’s the later where the album separates itself from the vast discography of listenable and satisfying soundtrack work. ‘Modular Astronomy’ from the Orlando section is a highlight. Plucked and bowed strings fed through filters and envelopes to form a pulsating intensity that sounds like listening to classical music with a played by a malfunctioning artificially intelligent yet empathetic entity. – Henry Oliver

The original Tuareg guitar heroes’ seventh major album was recorded in Joshua Tree National Park (and in an oasis in Morocco) after a militant Islamist group denounced popular music and saw them effectively exiled from their home country of Mali. Being a member of Tinariwen, which has been together in one form or another since 1979, seems pretty… intense… but you wouldn’t know it from listening to the sublime widescreen desert jams on Elwan (the translated lyrics might be a different story). Opening track ‘Tiwàyyen’ is one of a few on the album which offers guest spots to indie guitar vets Matt Sweeney and Kurt Vile, who fold seamlessly into the band, while the solemn, majestic ‘Ténéré Tàqqàl’ is a mid-album highlight. – Calum Henderson

To listeners who are neither British expatriates nor anglophiles, Manchester’s Elbow are easy to lump in with the deluge of mellow British guitar bands who appeared in the wake of the success of Travis and Coldplay (remember Turin Brakes and Starsailor anyone?). In their home country, however, Elbow are a respected institution – regularly delivering consistently thoughtful, accessible British art rock, often with a political bent. Being the dawn of Brexit and the Trumpocolypse, one would assume their seventh album, Little Fictions, would wrestle with the troubled state of the world, but singer Guy Garvey (a vocal doppelganger of Peter Gabriel – something so striking at times it can be slightly distracting) has found love – marrying between this and their last album, The Take Off and Landing of Everything. That gives this record an uplifting mood even on its quietest moments, and with drummer Richard Jupp departing prior to recording, the band experiment with some nice different sonic textures which lightens their music further. The result is another strong Elbow record, and something of soothing balm for when you pull yourself away from the global car wreck unfolding in your Twitter feed. – PD