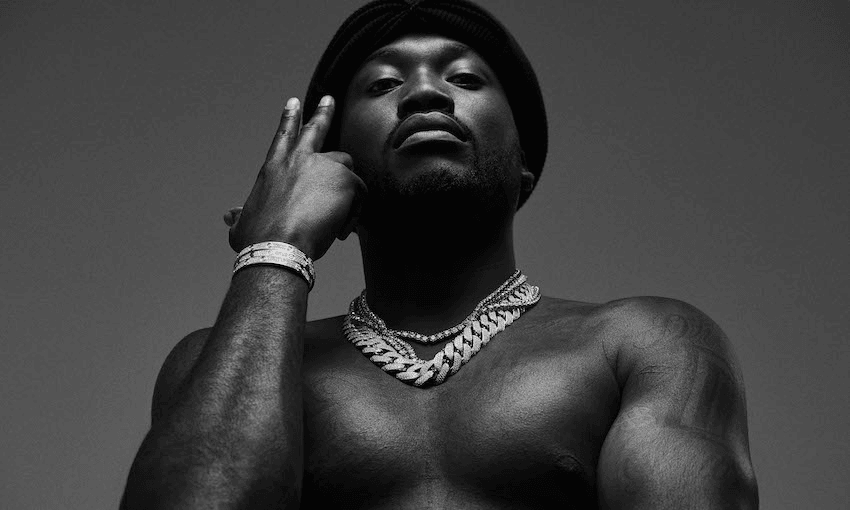 Meek Mill, out of jail, is a champion again

By Jogai Bhatt
Guest writer
Made possible by

Meek Mill, rapper and former Drake adversary, had one hell of a 2018, culminating in his long-awaited fourth album. Jogai Bhatt reviews Championships.

Championships comes off the back of what has been one of the most defining years of Meek Mill’s life.

In 2018, the Philadelphia rapper was released from jail after a highly-publicised probation violation and subsequent incarceration. The year cemented his role as a vocal advocate for criminal justice reform and brought reconciliation to a exhaustingly prolonged rivalry. It was a big year, to say the least, but these circumstances are exactly what makes the album so powerful. For a man bound by injustice for much of his adult life, Championships presents a culmination of triumphs.

The righteous 19-track project details Meek’s experiences with the judicial system, the notion of freedom, and the formal ascent to upper echelon rap, themes of which are only elevated by the likes of Jay Z, Rick Ross, Cardi B and Drake to name a few. Meek delves straight in with an intro sampling Phil Collins’ ‘In The Air Tonight’, matching a precedent set by the opening to ‘Dreams and Nightmares’, before fleshing out hardships both personal and intercultural in what might be the most poignant track on the album.

‘Trauma’ explores the events that shaped Meek’s life, invoking the 13th Amendment and making reference to the activist work of former NFL player Colin Kaepernick. Here Meek talks about extrajudicial violence and his relationship with Judge Genece Brinkley, rapping “And even worse, my judge Black don’t wanna see me do well / It’s either that or Black people for sale / Tryna impress them people in power when power abusin’ us / For 44 dollars a hour, you coward they using ya / Is it self-hate that made you send me upstate?” On ‘Trauma’, Meek is completely in his element, addressing his grievances with ease.

A few tracks down the line comes ‘What’s Free?’ – undoubtedly the most anticipated song on the record, with features from Rick Ross and Jay Z over an interpolation of The Notorious B.I.G’s ‘What’s Beef?’. Meek challenges the idea of freedom head on, notably in that the concept is so often robbed of Black people in America. While Rick Ross gets his message muddled up a bit, making a homophobic, Eminem-esque quip about 6ix9ine in prison, Jay doubles down with a meaty, 50-bar verse, opening with “In the land of the free, where the Blacks enslaved” and featuring “No red hat, don’t Michael and Prince me and ‘Ye”, a line which forced the now 49-year-old to revisit his long-abandoned Twitter account to clear up any misunderstandings.

Two other key tracks are ‘Oodles O’Noodles Babies’ and ‘Championships’. Thematically they go hand-in-hand, providing soulful, introspective glimpses into Meek’s story. But while the former looks back on a bleak past, the latter remains hopeful. ‘Championships’ is uplifting, celebratory, and entirely positive about the future – and as the title track, encompasses the album’s tone unflinchingly.

Meek has cultivated an image of someone who stands for what’s right and speaks out against miscarriage of justice, and he truly thrives when he’s speaking to these themes. While features from Drake, PnB Rock, Cardi B and the like form welcome breaks from the album’s generally heavy subject matter, Championships falls flat when Meek attempts to boast about threesomes and name-drop brands. But Meek is so much more than that. When you’ve suffered significant discrimination at the hands of both your government and biased law enforcement since age 18, flex and sex-centric bangers just don’t carry the same weight. Similarly, ghostwriting beef becomes insignificant when you’re writing op-eds about prison reform for the New York Times. It’s this rich and tumultuous history that’s ultimately inspired a new level of depth to Meek Mill’s music – making Championships one of his greatest triumphs yet.

This content was created in paid partnership with Topsify and Warner Music NZ. Learn more about our partnerships here.