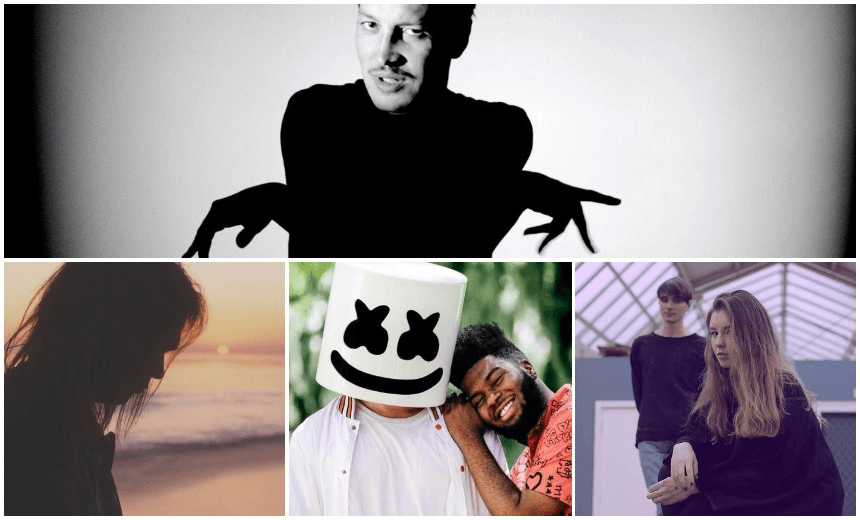 Best Songs Ever: Marlon Williams gets bored of being so damn serious all the time

The man with the golden voice gets some teeth

I guess Marlon Williams just got bored of being so damn serious all the time. Almost every word written about his self-titled debut came back around to the record’s sombre undertones, but as Williams remarks midway into his new single ‘Vampire Again’: “Not me baby; tonight I’m really living”. It’s a welcome change and a complete 180 from what we’ve come to expect from him. The song, as well as the oddball video that accompanies it, sees him lighten up a little and embrace the absurdity – in his own Marlon Williams-y way, of course. He’s referred to ‘Vampire Again’ as his own demented tale of New Age self-affirmation. Judging from the results, I’d say he’s all the better for it. / Hussein Moses

This song is wild. The opening bars hit and you’re convinced they’re sampling Guy Sebastion’s iconic ‘Set In Stone’, but then the first verse rolls in and it’s reflective ‘Just A Dream’-era Nelly, then, just as you get deep into that nostalgic headspace, a sparse pre-chorus rolls in and your body gets all tense, physically preparing itself for the much-exhausted pop drop. All that happens in the first 60 seconds. And it’s a lot.

It’s an interesting intersection of each artist’s respective playing fields. In a New Zealand context, Marshmello has found success among the slightly more bogan EDM scene. Khalid, on the other hand, has won the hearts of hopeless romantics across the nation with his swoony love songs masked beneath his slightly ‘alternative’ brand (alternative, despite charting pretty high on both our singles and album charts).

‘Silence’ has these world’s colliding in a way that produced a song fans on both sides will be frothing at the bit over. It’ll do the rounds on George, The Edge, and wouldn’t be out of place More FM, which I think means you’ve clocked mainstream music in a way Simon Cowell would approve of (dollar dollar bills y’all). It’s a pretty pleasant song, just don’t go smashing it on repeat all weekend, if only because ‘Silence’ won’t be going anywhere, anytime soon. / Kate Robertson

Physical – ‘You Can’t Have Me’

Physical – not the most Google-friendly band name, let me tell you – is a newish Wellington duo made up of Nik Brinkman (Junica, Over The Atlantic, Ghostwriter’s Collective) and Julia Catherine Parr (Black City Lights). ‘You Can’t Have Me’ is the second single from their forthcoming album, Ride It Out, which the band say they’ve been sitting on for about a year and contains some of the most personal songs they’ve ever written. This one meets somewhere in the middle between the pair’s former projects: it’s mellow and moody and treads the same sort of ground as alt-R&B acts like Banks. It’s a sound that can feel pretty overdone right now, but it’s a natural fit for both of them. If they can build on it, they should easily be able to hold their own. / HM

From the debut EP of ex-Pig Out dude Kit Lawrence, Body Beat Ritual’s ‘Instinct: Primitive’ sounds like all of those words slammed together: brutal industrial/body music with psychotic Dr Phil samples. Play loud in the dark. / HO

From the master’s vault

The first song to be released from Neil Young’s long lost album of the same name was recorded in 1976, between Zuma and American Stars ‘n Bars (the one with ‘Like A Hurricane’ on it), ‘Hitchhiker’ is a classic Neil Young drug ballad in the roughly strummed style of his mid-’70s acoustic work. His voice is high and thin with an instantly familiar waviness. This isn’t going to become anyone’s favourite Neil Young song, but if you’ve already got all those classic records, it’s a welcome addition. / HO