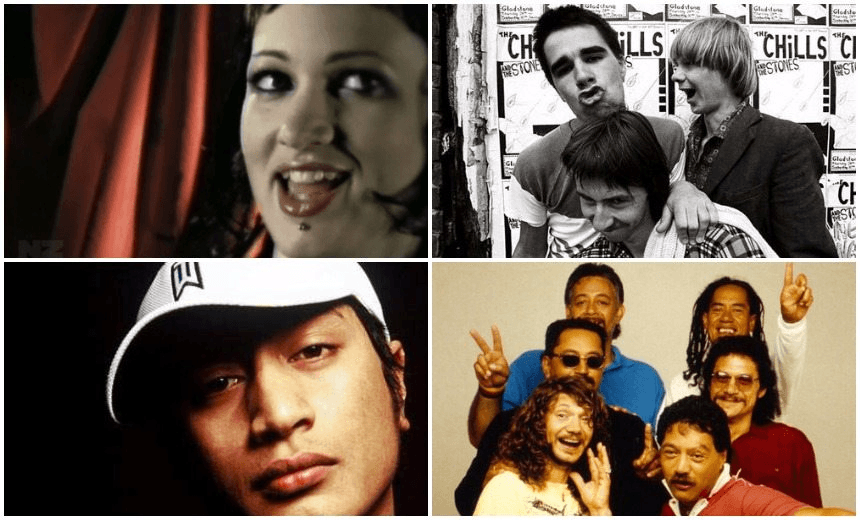 While walking through the Volume: Making Music in Aotearoa exhibition at the Auckland Museum, Henry Oliver thought to himself: which decade had the best music? Rather than telling you his answer, he’s asking for yours. Final Round: which decade is definitively The Best?

Top seed, the 2000s, continued it’s unimpeded run, taking out the 1970s, a pretty strong decade itself, with 61% of the vote. I expected this to be closer. But I also expected Hillary to win. The Falcons, too. And Serina. So what do I know? Statistics is over. Prediction is dead.

The other side of the draw was where the real action was. While the 1980s won against the 1990s reasonably convincingly with 57%, it was pretty close for a while, even running pretty close to 50/50 for an exciting few days before the silent majority woke up and make their voice heard.

So to the third and final round. The Grand Final!

“2000s wins me over with Goodshirt, Fur Patrol (“Lydia”), P-Money, Tiki Taane and Scribe also hold strong in this decade.”

“Nil by Mouth! I could be young and angry and have NZ Nu-Metal to be angry with.”

“You forgot to mention Fast Crew!”

“In the 2000s we had music from the likes of Shapeshifter, Concord Dawn, Katchafire, Fat Freddys, Flight of the Conchords and more.”

“NZ music came of age in the 2000s. Thanks to some better funding, and support from the government we started to hear NZ music on mainstream platforms more.”

“In the 2000s Kiwi music achieved a massive level of diversity. The Reggae scene, Hip-hop scene, electronic scene, there was tonnes of stuff out there to convince people who didn’t think NZ music could actually be good.”

“The decade of BBQ dub and North Shore garage rock.” (Meant as a positive)

“Voting for 2000s because I am pretty sure Weta’s Geographica was released in early 2000s and that is the best NZ album EVER!!”

“There will literally never be such an iconic Kiwi banger as Stop the Music by P Money & Scribe, let’s be real.”

“The decade taste forgot some say but our music aesthetic changed forever, Muldoonism finally ran its inevitable course taking his ridiculous sales tax with him – “Don’t give me culture, I’m not hearing you Rob” – anthemic indeed.”

“The Bats, Verlaines, and….The Holiday Makers. Can it get any better?”

“The 90s is strong with Supergroove, Exponents, Bic Runga, late Dobbyn (“Outlook for Thursday!”) and robust Crowded House songs, but I still have to tip my hat at Crocodile’s “Tears”, Split Enz and Dobbyn’s classic hits.”

“This decade had everything from The Skeptics and Coconut Rough to Upper Hutt Posse and Peking Man.”

“Almost impossible to pick. The ’80s stuff is so consistent, but the ’90s had a massive breadth. I’m going to give this one to the ’80s because the ’90s has still got a few years to go before it exits the “dated” zone of the recent past. The ’80s saw some truly iconic music that cannot be denied.”

So… what do you think?