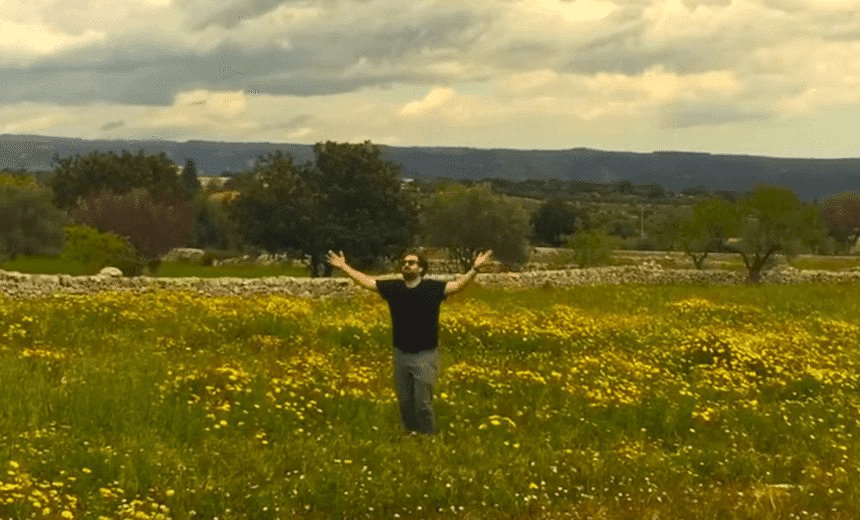 The directors of videos for Lorde, Shihad, Ladi 6, Lawrence Arabia and more choose their favourite music vids of 2016.

Joel Kefali is the director of music videos for Lorde, Katy Perry and Leisure.

When I look back at the music videos of 2016, I found it difficult to make an objective top 5, 3, or 1 that stood out….so here’s my list of music videos that I thought nudged the format somewhere new, captured my interest, has feels, or had me coming back for multiple viewings. If you have the time and attention, don’t scrub through them and watch (fullscreen).

In no particular order:

Soda Jerk vs The Avalanches – ‘The Was’ (Soda Jerk)

The last time we saw a music video from The Avalanches was at the start of the millennium, for ‘Frontier Psychiatrists’, a genius video by Tom Kuntz that is still as fresh today as it was then. The Avalanches albums have been more about the album than the singles for me and this video does The Avalanches experience justice. A 13 minute collage of collages, music and visual. Films are treated like old records and sampled and layered as Soda Jerk make them their own.

Otherworldly movement that is driven by the music is the theme here. There was that Spike Jonze Kenzo film that came out this year that reminded everyone why Spike Jonze was (and still is) one of the best music video directors around and a textbook example of how captivating a dance driven performance can be. These two videos are entirely different to one another and the Kenzo film but both are also inspired executions of choreographed performances with beautiful cinematography and tip towards the surreal.

Oneohtrix Point Never’s Daniel Lopatin spent his last album, R Plus 7, taking the music video format and using it to commission artworks by the likes of Cory Archangel, John Michael Boling and Jon Rafman. His most recent album, Garden of Delete, saw a similar approach, the result an arresting and unsettling film by Rick Alverson, featuring Val Kilmer.

Carrying on the theme of music-video-as-artwork there was that ‘Famous’ vid by Kanye West, but the other ‘Famous’ video by Eric Wareheim is great too.

Florence and the Machine – ‘The Odyssey’ (Vincent Haycock)

Beyonce has Lemonade (by Khalil Joseph), Florence has The Odyssey by Vincent Haycock. Its also beautiful, captivating piece of work.

Faye McNeil is the director of music videos for Ladi 6, Shapeshifter and Tali.

I sometimes get the feeling that Aotearoa doesn’t quite realise what a big deal this woman is. The reason I like this video (of the many she has put out this year) is I feel it shows a bit of everything of her and the brand she is creating. The choreography is reminiscent of that which made her (and her crew) famous, the talent in the video, seems to me, to represent a diverse range of ethnicities, genders and body types. AND it takes some serious swag to pull off that much beige. I feel she is a Kiwi artist who is truly working in the context of an international market. She is bold, leading by example and it is paying off.

It marks the beginning of a very strong change for Beyonce as an artist, every frame has something say, a statement that is either political or social. Everything in the video making process is used to get the message across, the art direction, styling, extra talent, frame choices. It’s a great piece of pop culture. It was directed by one of Beyonce’s long-time music video collaborators, director Melina Matsoukas, who is a professional goddess for me. She has made some my favourite pop video of the last five years. If you compare this video to the first one they did together, it’s great to see not only the evolution of Beyonce as a musician and performer, but also Melina as a visual artist.

THIS IS FUCKING EPIC! End of story.

Like watching a combo of Netflix’s Stranger Things, ‘Faking Jazz Togther’ by Connan Mockasin and the New Zealand TV show Strangers. The pacing of the video with music, the technical execution, the metaphor of the imagery, are all really beautiful. It feels balanced and that is a great achievement, when both aspects support each other, rather than compete.

Robert Wallace is the director of music videos for Ladi 6, Randa and Michael Nau.

Wow! Tom Bunker and Pete Sharp skilfully create a surreal and playful animated piece. What’s great is that it doesn’t solely focus on the narrative, and uses the odd sounds to cut away and explore elements in the richly imagined world. Also, the finale’s visual crescendo is crazy fun.

The scale of this video is so incredible, one that you only truly appreciate when watching the behind-the-scenes footage. Captivating imagery, beautifully shot and a fascinating location.

Strong performance video which uses a few comical elements but presents them in a context that fits the sophisticated sound of the track. Great moves, colour palette and trousers.

Simon Ward is the director of music videos for Lawrence Arabia, Coco Solid and The Phoenix Foundation.

Another installment in an excellent run of videos from director Alexander Gandar for Chelsea Jade.  All of Alexander’s videos seem to really nail Chelsea’s style in an extremely well executed, super simple and striking way. I really like the added humour in this one too.

Taste Nasa – ‘Do What You Feel’ (Sam Kristofski)

Sam Kristofski’s nostalgic music vids always look so amazing and on point.  This one has a great subtlety to it that I really like.