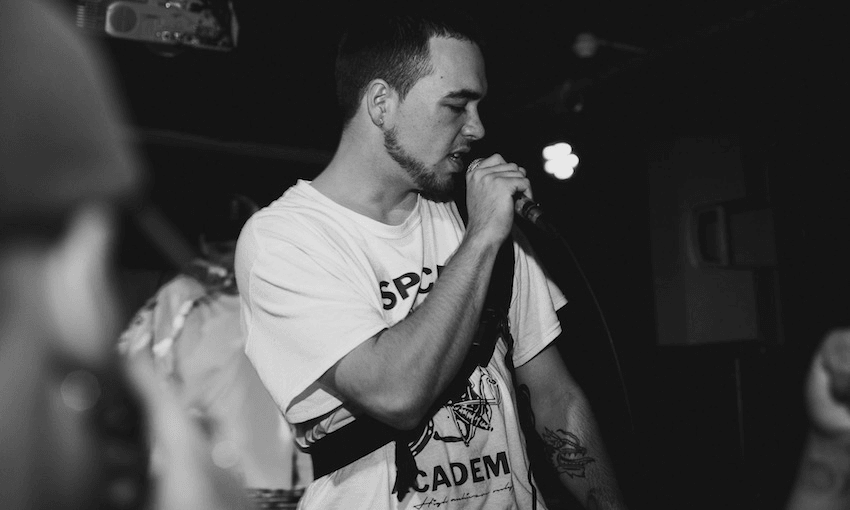 Lukas and LMC bring the ‘Rain’

Lukas has reached a quarter-million streams with his track ‘Comfort Clouds’, while LMC has produced beats for US acts, most notably one of the tracks off Rich The Kid’s new album, which just went gold in the US. Now they’ve come together to create the perfect downbeat tune for the season, matched by an equally striking music video. Gareth Shute talks to the pair about making music for a global audience.

LMC and Lukas have been friends since they both lived in Nelson as teenagers, so it was natural that they’d also get together on a track.

LMC first made an impact by building a following of over 20,000 followers on Soundcloud, leading to work with multiple producers from the US – the highest profile being his most recent collaborations being Danny Wolf (Hoodrich). Their most notable track so far is ‘Listen Up’ with New York rapper Rich The Kid, which ended up on Rich’s debut album, The World Is Yours, which peaked at #2 on Billboard’s album chart and was certified gold on Wednesday this week.

Later this year, LMC and Wolf have tracks lined up with rising stars like Yung Bans (an 18-year-old with tens of millions of streams), Hoodrich Pablo Juan, and Lil Duke, with more to be announced soon.

LMC also continues to keep one foot in the New Zealand music scene. This year has seen him provide beats for new tracks by Raka (‘Hit’) and Ivy Red (‘ABSENT’) which both hit over 100,000 streams. He sees this as an important aspect of his career: “I respect the producers who come up with the rappers. It’s not all about getting major placements – it can pay the bills, but my true passion lies with working hand-in-hand with an artist.”

Since he last spoke to The Spinoff back in October, Lukas has supported ASAP Ferg and had a slot at Rhythm and Vines. He says that the New Zealand trap scene has progressed markedly just in the last six months, even if the wider music industry continues to pay more attention to acts with an old-school hip-hop sound.

“One thing I’ve noticed is the scene itself is growing and artists are starting to support each other more than ever,” he says. “To be honest, it doesn’t actually bother me anymore. I feel it’s important artists start thinking with a global mindset because the talent in New Zealand is global. The internet is our home, use it well. All we need to do is keep doing what we’re doing. Staying consistent and confident in our art. The scene is definitely looking up though and the culture is healthy among us.

“I truly believe we are the artists breaking out of that local stronghold shit and pushing the sound forward.”

When Lukas first heard the beat LMC had for him, he knew he wanted to draw on some of the dark energy he’d pent up and decided to freestyle his verses, capturing the feeling in the moment: “As an artist our dreams are so large that our expectations and aspirations can be a burden, especially when we want nothing less than to reach them. The main idea of the song is to just stay grinding.”

The result is a moody, ominous track that is matched perfectly to visuals by director 10Daniel16 (and it’s also out on Spotify today). No doubt, this won’t be the last we’ll hear from either LMC or Lukas in the year ahead.