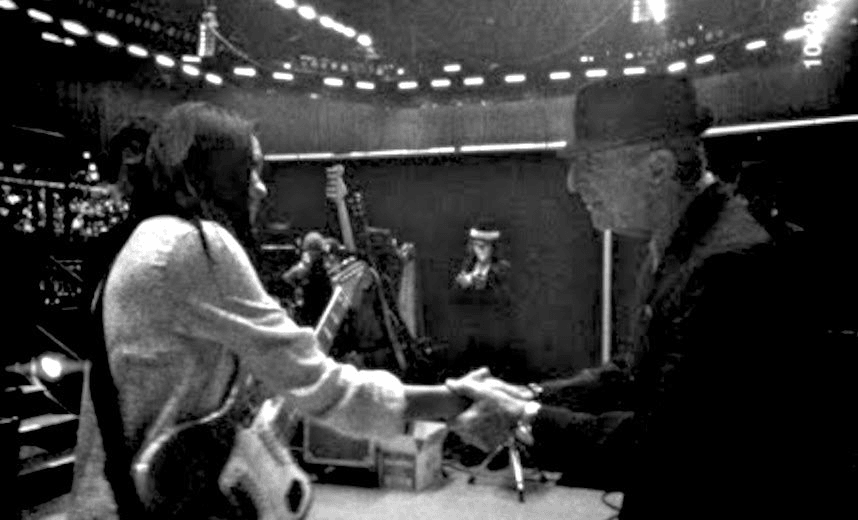 ‘Why say tree when you can say sycamore?’ Bic Runga on stalking, memorising and meeting Leonard Cohen

Leonard Cohen has died. Bic Runga recalls memorising his songwriting advice, driving to his monastery and supporting him on tour in 2010.

There aren’t too many artists I would call myself fanatical about, but Leonard Cohen is one of them. When I first started to write songs, I memorised huge chunks of an interview he gave in a book called Songwriters on Songwriting by Paul Zollo. This was as close to advice from a master as I could hope to find. So much of this interview stayed with me – how he’d spend years revising songs like ‘Hallelujah’, how he’d write every day so his “day wouldn’t go down in debt” and how, as a singer, if he “choked” on the words, he knew the song wasn’t finished. As a novice songwriter, I often thought of him saying, “Be specific. Why say ‘tree’ when you can say ‘sycamore’?”

Later, when I moved to America, my growing interest Buddhism prompted something of a pilgrimage to Mt Baldy, where I knew he had become a Buddhist monk. This amounted to driving hours out of LA, parking up outside the Buddhist Centre, then turning around and going back home again. I’m really not one for stalking, but I made an exception for Leonard Cohen.

In 2010, Kody [Nielson] and I spent six days on the road as his support act for his New Zealand tour. At the first show at Vector Arena, Leonard came out to meet us before we went on and watched side of stage. Anyone who’s ever played support for a big act knows that this seldom happens, but this seemed less to do with us and more about his basic respect for people around him, how this would simply be the right thing to do as a host.

Weeks earlier we had booked flights to get to the other shows around the country, but we never ended up using them, because after the first night we were invited to travel with him on his chartered plane. This was, of course, uncommon and very special. I got to have a handful of conversations with Leonard, and all I can say is that he was every bit as present, gracious and cool as you might imagine.

I cried a couple of times hearing the news of his death. It was a special honour to have met him. I think it’s fair to say that he elevated the art of popular songwriting as high as it could go; his lyric writing sets the bar. I couldn’t possibly say what my favourite Leonard Cohen song is, there are too many, but to go out on ‘You Want It Darker’ is quite the master stroke.