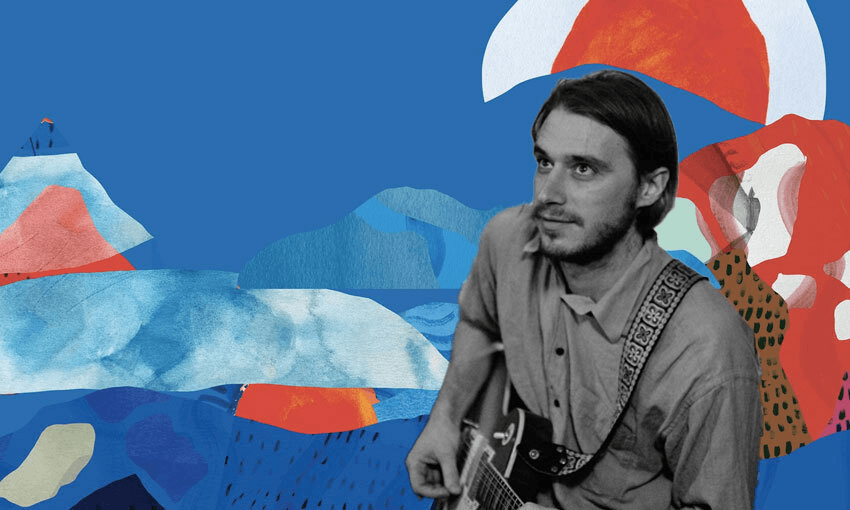 Nick Johnston of Cut Off Your Hands

Cutting it out: Cut Off Your Hands on calling it quits

Nick Johnston of Cut Off Your Hands

After almost 15 years together, Cut Off Your Hands are officially disbanding. Frontman Nick Johnston spoke to The Spinoff about where he’s been and where he’s going.

Three years into their decade-and-a-half-long career, Cut Off Your Hands needed a break. The Auckland band were high-energy, sweaty, and perpetual; frontman and singer Nick Johnston reckons they probably played 200 shows a year in those early days. “We were so intensely aspirational, and wanted to do this forever, but just burnt out,” he says.

The band’s drummer, Brent Harris, dipped out of that tour early due to hearing loss. After it ended, Johnston took two years away from the tunes to rebuild his mental health. “I couldn’t even listen to music without having some kind of panic attack. I just didn’t know what was going on.”

Hollow, their follow-up to 2008’s You & I, was finally released in 2011. It took three years to get off the ground, and by the time they started touring the album Johnston had begun to study architecture – a field he now works in full time. His much younger classmates gave him a ribbing when they saw the posters, not realising they were at school with an international rock star.

COYH played to crowds at Sammy’s in Dunedin, San Fran in Wellington, SXSW in Texas, at festivals like Big Day Out and City Limits; they recorded at Edwyn Collins’ studio and opened for Foals; they broke bones and went back to school and thought about starting families.

All this happened on the back of only two albums. Now there are three. Their new album, Higher Lows and Lower Highs (stylised as HLLH) is out today. Its eponymous single came out three years ago.

“We started [HLLH] in 2014,” says Johnston. “Since then Brent has had two kids, I’ve moved to Melbourne and back, Phil [Hadfield] has gotten married, Mikey [Ramirez] had two kids.”

The album’s first single, ‘Hate Somebody’, was released in 2016. “A year later we were like, oh, should we do the next one?”

The staggered release of HLLH’s singles has given it a sense of timelessness. There are songs new to us, like the recently released and very lovely ‘Blue Smoke Draft’, and then songs that feel like classics, like ‘Hate Somebody’ and ‘On the Sea‘. The album and its singles are still something you can flail to in a mosh, but lean more into new wave than hard rock. “It’s a bit slower,” said Johnston. “It’s easier to play as a 35-year-old.”

While You & I was inspired by The Smiths and The Beach Boys, HLLH is a tribute to Talking Heads and Television. “It’s an ode to so much of the stuff we love, and we don’t really care if it wears its influence on its sleeve,” says Johnston.

The music video for ‘Live for Each Other’ was released this morning, and its bass riff and backing vocals stay true to David Byrne and Tina Weymouth’s vision; Johnston says the song’s structure was built around a ‘Slippery People’ sample.

He’s not tired of the music this time. That’s not why the band’s calling it quits; they just want the chance to find out who they are away from it. “I want to do my own stuff,” says Johnston. His solo project – currently named Nicky By Nature – is inspired more by Frank Ocean than Phil Spector. “Its not like having the band stopped me from [going solo], but I have a finite amount of energy now that my work’s pretty serious. It’s the same with everyone else.”

“I’ve used this analogy so much, but it’s like if you had your ex with you every time you met someone new, or a childhood friend. You couldn’t be a new person.”

While Johnston’s passion for the craft isn’t fading, a project like COYH – which has existed for almost half his life – can consume your identity. “For me it needs to be a nice, clean line.”

“I can’t get out of the way I write for COYH unless I do it differently.”

There are only two chances left to see the band: one at San Fran, and one again at Whammy. “It gets really hectic,” says Johnston of the Whammy crowds. “We have different crowds in Auckland than we have anywhere else.” At their show last Friday, nothing had changed. “I always feel like Aucklanders know us, and pull little things to try and detract from us, or they’re bogans who are real buzzy. And there’s our friends.”

“I had dudes screaming love songs I wrote when I was 20 back at me. There was crowd surfing.” He seems surprised by how hard people frothed COYH at the show, as though the “new” tracks aren’t something we’ve already been blasting for years.

The first time I saw COYH was in Dunedin, far from the friends and lovers and strangers that scream bloody joy at their packed-out Auckland shows. No one knew their names, just that ‘You Should Do Better’ slapped. It still slaps.

This content, like Cut Off Your Hands’ album HLLH, was produced with the support of NZ on Air.