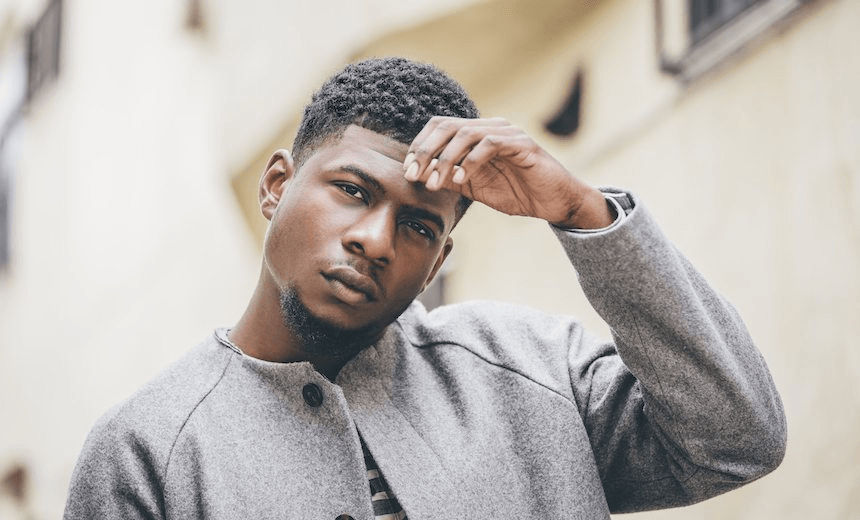 Henry Oliver talks to Mick Jenkins, playing at this month’s Laneway Festival, about his new album and his capacity for love and optimism in the face of a Trump presidency.

On his debut album, The Healing Component, Mick Jenkins investigates the meaning of love – romantic and otherwise – and places his optimism in its social and political healing power. The album is both dark and positive, with Jenkins’ densely intricate rhymes winding around, and sometimes floating above, abstract beats care of producers Kaytranada, Rascal, THEMpeople, BadBadNotGood, IAMNOBODI and others. “Spread love, try to combat the sadness,” he raps on the title track. That’s what the album does and what Mick will try to do in person when he plays Laneway Festival later this month.

The Spinoff: The album tries to get at the concept of love from different angles and for different purposes. What does love mean to you?

(Laughing) Well, you wrote an album about it…

It’s intense. It’s what the whole album was trying to explain. It should be unconditional, it should be unwavering, it should be a willingness to serve other people. I don’t think I’ve wholeheartedly reached that point yet myself, but that’s what I think love should be, for whoever and not just romantically.

And do you think of it as a healing force politically as well as personally?

Yeah, I think it can be. I think it’s hard. It’s a difficult task, which will make people think that it’s not effective, and that’s just not true. But I think it works personally a lot more effectively than personally. Love conquers all. Truly – I believe that.

Perhaps the biggest change since the album came out last year is the election of a new president who is vastly different to the current one. Has that changed your thinking at all or are you still optimistic?

No, I haven’t changed my thinking. It’s just about understanding where you live, understanding the reality of America. It hasn’t really changed my opinion on that at all. Our economy and the way it all works has been quite unfair under several presidents and the fact that a bunch of people voted for a guy who’s done the things that he’s done and is saying the things that he’s saying validates what America is and that it has been this way for a while. So it’s not a new thing to me. I’m not surprised and it definitely doesn’t change my perspective.

Well these are things that are going on in my life and I’m just addressing how I think I should deal with them. It’s not an optimism, it’s just what’s been effective for me. This is a harder way to respond in the face of negativity, it’s a lot more difficult to respond in a loving way to some of the things we’re facing and a lot of the things I was talking about on the album, as it mirrors my life and my understanding, I’ve battled through those situations and these are the lessons that I’ve learned and I’m speaking to it. So understand that it’s perceived as optimism, but it’s more just me giving an account of what I’ve experienced and what I’ve learned.

What does water mean to you? It’s a metaphor you’ve used a lot previously on previous releases The Waters and Waves, and then water seems to run through this album as well…

Water is synonymous with truth. So I might say ‘drink more water’ but I’m kind of saying ‘seek more truth’. Around the time I created The Waters I was looking for something that could unilaterally represent something like the truth of the matter, which is something that is always called into question, especially as it concerns love and the government of the world. And I just thought water fit perfectly in the way it can be manipulated metaphorically.

You’ve made EPs, mixtapes and standalone singles, but The Healing Component is your first album. What has the format of the album allowed you to do creatively that those other formats didn’t?

I just took it a lot more seriously. It requires you to be a lot more involved because of the level that I was trying to take it. Your debut album is a one-time thing and so I went about it with a lot more planning and a lot more particularity than I ever did before. I was there with the producers when they were making beats whereas I would usually just come when a beat was done. I was in the studio when I would have previously just been sent beats. I was involved heavily in the mixing process whereas before I would just wait for the track to be sent back to me, so it required me to be a lot more hands-on.

And has it presented you with different opportunities career-wise, that people perceive you differently as an artist?

I guess so, as I continue to release good music, I can only assume that’s what’s opening up opportunities for me, so yeah, I can notice it.

And has that forced you to think more about how you’d translate your music to a live environment?

Yeah, I’ve already been performing it and that’s an essential part of how I create the music, thinking about the live show and I’m super excited to show you guys that, especially since my music that has never been performed there. It’ll be an amazing show.