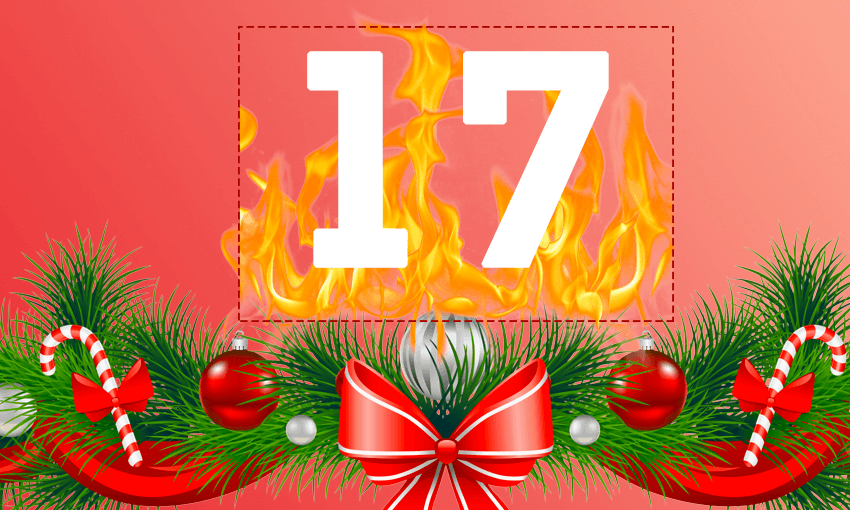 Every day in the lead-up to Christmas, open the door to reveal a Spinoff writer’s short, sizzling commentary on a weighty subject. Our arbitrary and strictly enforced word limit: 365. Today: Henry Oliver on why there should be a one year break in new albums, TV shows, movies, and books.

How many books do you have on your to-read list? How many movies on your to-watch list? How many albums have you seen on Album of the Year lists that you hadn’t even heard of let alone listened to? How many TV shows have you had someone rant to you about and you’ve replied, ‘Yeah, I’ll put that on my watch-list’?

Our cultural best intentions are overflowing. There are a million things we’ve all meant to read, meant to watch, meant to listen to. There is a well of content out there with no discernable floor.

Friends, I’m here to tell you I have discovered the solution! For one year – two-thousand-and-nineteen – there shall be no movies, no new books, no new TV shows, no new albums, no new singles. (That includes reissues and reprints.)

A break in new content will not only give us all a chance to catch up, but it’ll give those who write books, make albums and make movies a few more months to make whatever it is they’re working on better. Because things could be better. How many times have you heard an album, watched a TV show or gone to the movies and thought, “there’s no way that could be improved!” Almost never.

So many pretty good albums are three singles, four good cuts and five other songs. Six more months and that shit could have been #allkillernofiller.

There are so many ‘prestige TV’ shows hitting your favourite streaming service every week and most of them are like 60-75% good. The premise is amazing, but the execution so often runs out of steam by episode five. They’re conceived for the pitch room and struggle on the screen.

And movies – if we had a year off, maybe we’d get some that aren’t either a) sequels/prequels, b) based on a book, or c) based on a true story. JUST TELL US A NEW GODDAMN STORY!

Look, if you think this year was wild, here’s a sneak peek of 2019: National leadership drama, post-honeymoon Labour, the Mueller investigation, Brexit, the global culture wars, the oncoming environmental apocalypse. Do we really need a new anything on the new release shelf?