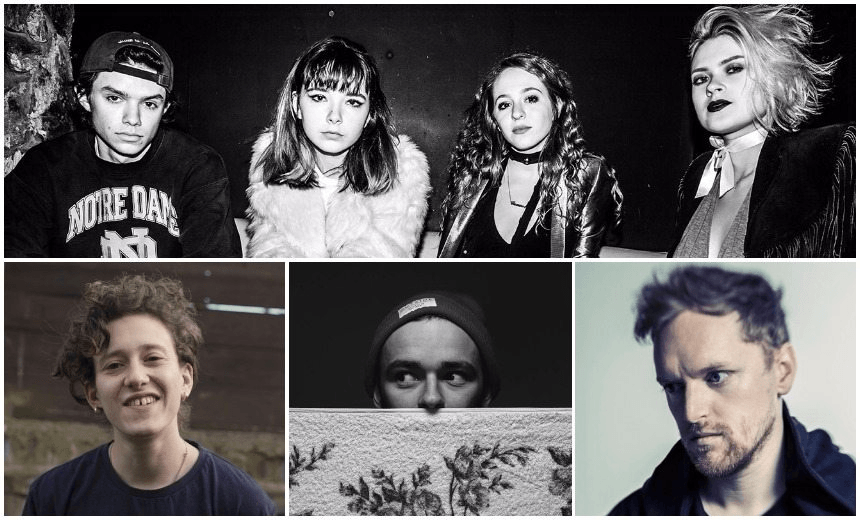 With its keening, disturbing strings, Mica Levi’s soundtrack for Jonathan Glazer’s Under the Skin (2013) stapled the alienation of its main character to our ears. Jackie has less of the feel of the twisted borderline between classical and electronica that Levi explores in Remain Calm, her recent startling collaboration with cellist Oliver Coates. The orchestral sound for Jackie is as lush as the scarlet poster for Pablo Larrain’s film, with Natalie Portman looking like she’s just stepped out of the offices of Sterling Cooper Draper Pryce in Mad Men. Levi’s brooding string orchestrations evoke trauma and grief. The decay of piano notes into drones and the wavering quality to some of the string passages suggest the psychological haze of sedatives, while woodwinds offer momentary wistful relief. I’m dying to see the film now. It’s about Jackie Kennedy in late November 1963, but I’ve had this album on repeat all week because it nails the mood in the wake of the November 2016 election. – Nabeel Zuberi

Warkworth rapper, producer and visual artist Bobandii proves the “No. 8 Wire” myth exists for a reason. Aside from a couple of (absolutely choice) features, this debut mixtape is totally his work, from the writing, rapping, instrumentation to the production and album art. Bobandii raps and sings his way through a variety of different styles, and although some of his voices are more successful than others, you have to recognise the sheer level of vision that went into this thing. On ‘Queen Bee’ we get a Bon Iver-esque RnB/folk track with tonnes of delicate harmonies, and on ‘La Nada’ it’s a throwback to mid-‘90s gritty rap, and Bobandii rolls out some bloody heavy bars. The lyrics are well thought-out and deal with all sorts of themes, all with a local touch that is so valuable in 2017’s musical landscape saturated with overseas perspectives. My favourite track is easily ‘Summer Faces’, not just because it finally gives Warkworth the rap anthem it deserves, but because it has the perfect combination of a hypnotic guitar loop, relatable lyrics, and a chorus you’ll have in your head all week. If you’re looking for a genuine bedroom-produced (not that it sounds like it) Kiwi gem, this is the tape you want. – Mitchell Houlbrooke

The Regrettes – Feel Your Feelings Fool!

In the grand tradition of wunderkind guitar bands (Supergrass, Ash, The Arctic Monkeys) it’s tempting to concentrate on the youth of LA-based pop-punk band The Regrettes. The four members range in age between 16 and 19, but the group’s debut Feel Your Feelings Fool! is a fine debut record whatever the various members’ vintage. Lead singer Lydia Night is a breath of fresh air, injecting attitude and passion into her tales of teen life even where the topics seem on the surface a little mundane. But the best thing about the record is its sense of urgency. It feels thrown together quickly, and it’s almost possible to hear arrangements taking true shape on the takes that make the final cut. This sense of excitement and immediacy means that when the band pull together the sounds of ’90s female bands, ’60s vocal groups, and Night’s sharp eye for detail, they end up with something fresh and fun, which is no mean feat for a debut guitar record in 2017.  – Pete Douglas

Tremors was one of my favourite albums of 2014 – it brought together familiar RnB motifs and a nuanced European production sound heavy on the synths. Pretty much James Blake, except not boring as fuck. Rennen is the follow-up and it seems to have fallen victim to that curse where the sophomore album dials up the production values, and boots out the imperfections and idiosyncrasies of the debut, but forgets to actually put any decent songs in there (I’m looking at you, Coexist by The xx). This is still a smooth listen and will vibe well with heaps of listeners. It’s very 2017. But you really need to use that volume knob to hear the dynamics in these songs, buried under so much production sheen. Listen to this thing as background music and you won’t remember a note. One moment on this record needs to be mentioned though – that progtastic synth drop on closing track “Harbour”. Kraftwerk would approve. – MH