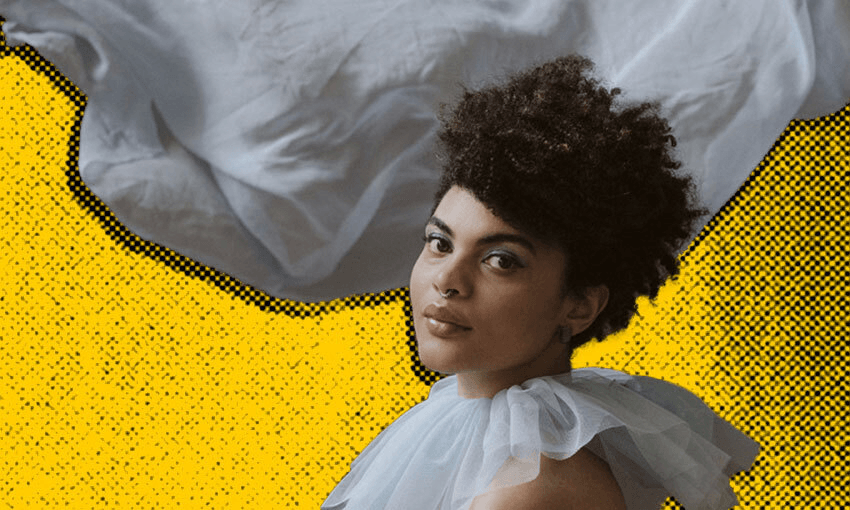 The archetypal explorer: Estère on transforming into a pelican

“That’s the story of pelicans, they’ll stab themselves in the heart to feed their young.”

Despite the somewhat dark subject matter, Estère Dalton’s eyes sparkle with fascination. We’ve met to discuss Archetypes, her third solo LP and a record apparently inspired by the theories posed by groundbreaking philosopher Carl Jung. Jungian archetypes, for the uninitiated, are an esoteric group of themes derived from the collective human unconscious. It’s a leviathan concept peppered throughout the album, with the tale of a self-sacrificing seabird just one such example.

“There’s a song called ‘Pelican’ on the album which is about a mother who has two sons, and those two sons take a paddle boat out on a river and get swept out to sea and drown. She transforms herself into a pelican, because a pelican is an ancient archetype for mother sacrifice.”

As she tells me this, the Wellington-based musician and producer is swathed in an oversized lime green kimono over a flamingo-print skater dress, and she bears the ghost of a skateboarding mishap on her knee. Estère is a uniquely captivating artist who first garnered an audience with tracks made from her bedroom on an apparently sentient MPC1000 sampler she’s nicknamed Lola.

While the high-production aesthetic of Archetypes represents a step forward from that work, the eclecticism of her influences remains. “I listened to a lot of Algerian and Malian folk music,” she says of the writing of this album. “I also listened to quite a lot of contemporary pop: a lot of Rosalía, Sharon van Etten, Fleet Foxes.”

Chasing the thrill of creative experimentation, Estère brought in producer Stew Jackson – known for his work with British electronic legends Massive Attack – to stoke the fires in the studio. “I think I can be sometimes quite earnest when it comes to working on stuff and it was cool to see how he approached it to try and loosen things up,” she says. “He’s got a real cool sonic aesthetic that melded with mine, and I learned a lot about collaboration from working with him.”

This interdependent energy is something quite alien to Estère. It’s uncharted territory, but she’s game.

“I wanted to try focusing more on the songs without the constriction of an MPC, because [writing on the sampler] is very loop based, and it’s very beats-y. I just wanted to try something new,” she says. “The whole process was absolutely, completely different to how I normally do it. And that’s probably the biggest change in the music.”

The change is welcome, and she is ready for her fans to embrace it. The sonic aesthetic won’t be the only new thing about this record – Archetypes will be released on Estère’s own label, Blue Riot Records. A long-time friend and now labelmate, Zoe Moon, will also be releasing a single under BRR in February. The label will be utilised as a platform for artists who fall outside of the restrictive anatomy of genre, Estère says.

“It’s not about pandering to any kind of metrics, or previously built boxes. And if it is, that’s because it’s naturally occurring.”

Written while Estère was also completing a masters in anthropology, Archetypes functions in some ways as an homage to inner reflection and spiritual objectivity. “I think ultimately, I was just trying to achieve getting to know my perspective on the world a little clearer,” she says. “I suppose I was just trying to understand my place in the world a little more with this.”

She wrote about archetypes spanning across stages of human growth and development. “I wrote quite a lot about the archetypes of childhood, and of transformation from that child state to becoming an adult, and all the things that can be uncomfortable,” she says. “Fear of trying and fear of failure. Fear of death – there’s songs about death on the album. There’s also songs about sexuality, so that instinct and navigating that.”

After all of that reflection, it’s maybe unsurprising that for Estère the idea of conforming to a single archetype feels a little too much like putting herself in a box. Pressed, she admits she does have certain tendencies. “There’s definitely a lot of discovery in my music,” she says. “I discover things through my music, and I use it as a medium to discover, so maybe that is an archetype in itself,” she smiles knowingly. Her Jungian archetype is The Explorer, she agrees.

“Everyone’s philosophical and searching for meaning. And I think that’s what Archetypes is for me. I hope when people listen to it, they come out of it having felt that in themselves.”

This content, like Estere’s new album Archetypes is out now, and was produced with the support of NZ on Air.