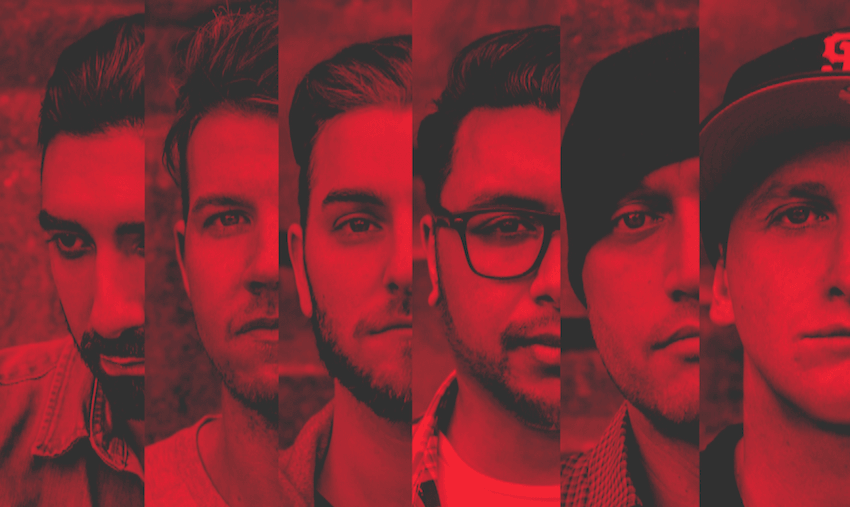 City of Souls, bringing the guitar back into fashion. Not like it ever left.

City of Souls, bringing the guitar back into fashion. Not like it ever left.

The six members of City of Souls previously played in some of NZ’s heaviest and most beloved guitar bands – Blindspott, Blacklistt, and 8 Foot Sativa, to name a few. Guitarist Trajan Schwencke tells Gareth Shute why they’re just as focused on melody as they are on riffs and why in this case, three guitars is the perfect amount.

Back in 2017, a story in The Washington Post included figures showing that new electric guitar sales were down; legendary guitar brand Gibson was filing for bankruptcy as a result. Soon The Guardian was proclaiming “the end of the guitar” and we at The Spinoff weren’t immune either, even if closer analysis by Rolling Stone showed how wrong-headed these conclusions were (new guitar sales might waver, but it’s easier than ever to buy a secondhand one).

Over this time, Auckland hard rock band City of Souls went about their business, releasing four singles and clocking up over a million Spotify streams in the process. They played big festivals like Homegrown and Storm the Gates and their tracks gained huge support from The Rock, which remains one of the most popular radio stations in the country (last year I challenged the station’s local airplay, but they currently have a promotion based entirely on NZ acts). Heavy guitar music remains equally popular across the ditch and City of Souls have capitalised by signing with Melbourne label Wild Thing Records.

No surprise then that City of Souls guitarist Trajan Schwencke isn’t fazed by changing currents in the music industry. He grew up in an era when the sound of the moment went from “nu metal” to “emo” to “screamo,” but it’s now been over a decade since he played in his first group, Cold by Winter, and the experience has given him a sense of perspective.

“You watch the trends come and go, and then come back again in 10 years or so [so] we try to make sure that our work will always stand the test of time. The main thing I take away from any genre I listen to is the melody – it’s gotta make me feel something.”

Schwencke formed City of Souls with his old university flatmate Steve Boag, the guitarist for Blacklistt (he also played beside Schwencke in metal band In Dread Response.) The group was given further weight by the addition of a third guitarist, Marcus Powell, who as well as playing with Boag in Blacklistt, had been a founding member of chart-topping act Blindspott.

While some might think three guitars is overkill, it’s crucial to the atmospheric sound of City of Souls. Their songs’ hard riffing moments are balanced out by the layering of different guitar sounds and ambient effects. Schwencke says that it gives them options that other bands simply don’t have.

“Having three guitarists isn’t the mess most people think it would be. Everyone has their own take on what a song needs, which always gels perfectly when we get together. We have our own different musical backgrounds but since we’re all on the same mission it always works – better than if we were doing it all individually.”

The three guitar assault is matched by the huge voice of singer Richie Simpson (New Way Home) and the taut rhythm section: bassist Daniel Insley (Solstate) and drummer Corey Friedlander (In Dread Response / 8 Foot Sativa). The band’s new single ‘Wolf’ is a perfect representation of the group’s sound – a powerful vocal over a heavy rhythm that jabs in and out without upsetting the flow of the song, while atmospheric guitar lines ring out over the top.

Schwencke says the song shows how the band has been working to keep strong melodies at the forefront. “When Corey gets his hands on a song it takes on a life of its own since he is a ‘rhythmic lord’ and brings some pretty cool stuff to the table. From there we go through our own creative process to make sure that everything adds to the song and doesn’t detract from it.”

Despite the band’s self-proclaimed focus on “songwriting over technicality”, their musicianship is strong enough that they were picked up for the Progfest festival tour across Australia last year. Since then, City of Soul’s progress has picked up a notch with another tour of Australia earlier this year and a show at the Powerstation supporting Sevendust. They’re planning shows in Europe later this year, hinged around a slot they’ve booked at the ProgPowerEurope festival.

Meanwhile, they’ll be putting the finishing touches on their debut album, recorded with producer Forrester Savell (COG, Karnivool, Dead Letter Circus). Schwencke says he’s enjoyed having a new, knowledgeable voice in the room. “We spent so long working on the songs that we felt they really deserved a look over by someone we respect and whose work is on the money. It was a long recording process spread out over lots of different studios and two different countries, and I wouldn’t recommend doing it that way, but I would recommend making sure that you are happy.”

City of Souls hope to release the as-yet-unnamed album later this year. More proof, if it was needed, that the reign of the guitar within the NZ music scene is far from over.