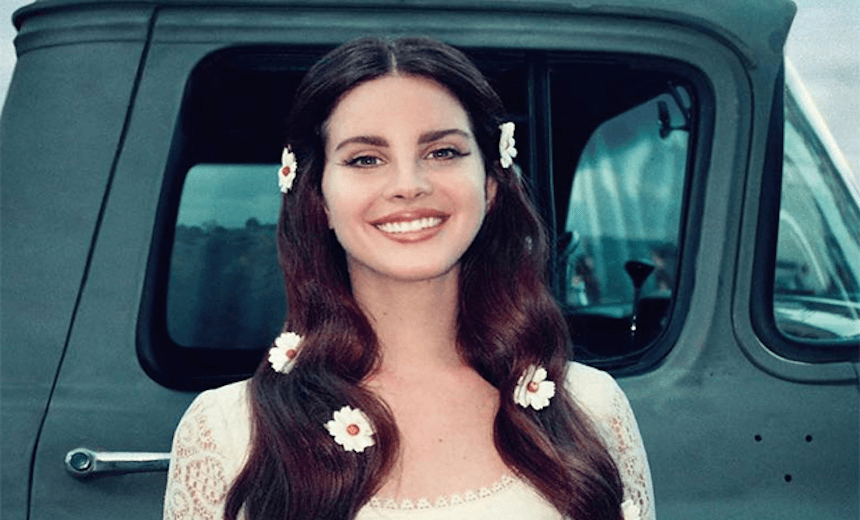 Lust for Life opens with the most Lana Del Rey of Lana Del Rey songs, ‘Love’. The chorus goes, “It’s enough to be young and in love,” which I’m honestly surprised isn’t already a Lana Del Rey lyric. It’s widescreen pop at its most lush, produced within an inch of its life, and it’s divine.

The things that made Lana Del Rey special when she came out are refined and sharpened to knifepoint here: that famously studio-assisted husky slur that seems to recall countless vocalists but still sounds like nobody making music today, the productions that seem designed to be played as soundtracks to films where people drive down desert roads towards vanishing point, and the almost perfect split between cooing-sitting-on-a-piano singer and the girl who runs with the biker gang.

I was a big fan of Ultraviolent, which tended a bit more darker and edgier than her softer and stringsier 2010 debut and even more so than 2015’s Honeymoon, and Lust for Life, for the most part, splits the difference between the two. The overall mood is a bit more depressive, a lot of the songs are overtly (and a little hamfistedly) focused on the state of the world today, but there’s also a lightness to it, a feeling of ‘life sucks but it’s actually okay guys because it’s always sucked’.

If the hallmarks of Lana del Rey are your thing, and they are often my thing, then this album will be your thing. If they’re not, then this will trigger all the things you don’t like about her. There’s her voice, as husky and slurring as ever, and there’s her lyrics which are still focused on the problems of the young, rich, white and beautiful. There’s even a song called ‘Beautiful People Beautiful Problems’, which at the very least suggests that del Rey has a sense of humour about herself. (The song also has, for some reason, a feature vocal from Stevie Nicks, a clear ancestor to Del Rey’s brand of laidback pop.)

But sometimes a lot of Lana Del Rey can be too much Lana Del Rey, and Lust for Life pushes the boundaries at sixteen songs, with the last four all cleanly going past the five-minute mark. Even the song titles push the boundaries of ‘a lot of Lana del Rey’, and you can usually pick the good songs out from the bad songs based on the length and unwieldiness of the titles. For example, ‘God Bless America – and All the Beautiful Women in It’, ‘When the World Was at War We Kept Dancing’, ‘Coachella – Woodstock in My Mind’ are exactly the songs you think they are. They’re meandering, a bit lovely, and if you put the album on during a sleepy afternoon you wouldn’t skip them, but if you were listening to this on the bus you absolutely would.

The best bits of the album are oddly frontloaded: the aforementioned lush-as-hell ‘Love’, the lovely duet with The Weeknd ‘Lust for Life’ with a killer chorus hook, but the absolute highlight has to be ‘In My Feelings’, which has the cringeworthy lyric “Who’s tougher than this bitch, who’s freer than me?” but is the one moment on the album that balances the harder edges (and I use that phrase as loosely as I possibly can when referring to Lana Del Rey) with the chill persona that makes her special.

The rest is filler, but as filler goes it’s quite pretty. It marks a progression in Lana del Rey’s career; she’s never been an album artist, she’s been an artist of moments and little touches. Her best moments are in the little step-down in the chorus during ‘Video Games’, her wailing high notes during ‘Ride’, the little fireworks during ‘National Anthem’, the opening riff on ‘Brooklyn Baby’. Lust for Life has enough of those to keep me sated, in the abrupt end of ‘Cherry’, the jarring harmonies on ‘Summer Bummer’, and the gorgeous high notes on ‘Love’.

It’s music that was written for a lazy day on the beach, a long road-trip across the desert, or, more appropriately for winter in New Zealand, standing underneath an awning with a smoke waiting for this burst of rain for pass, and Lust for Life clears the fairly low bar set by this kind of music, but not necessarily the high bar set by Lana herself.