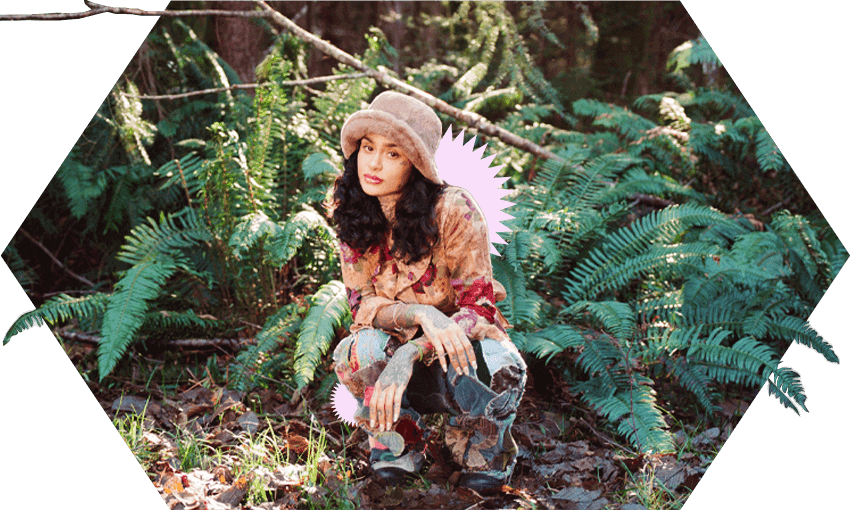 Kehlani says they have a new outlook in life, which has informed their latest release. (Photo: Supplied. Additional design: Tina Tiller).

Kehlani says they have a new outlook in life, which has informed their latest release. (Photo: Supplied. Additional design: Tina Tiller).

The R&B star is back with their third full-length project, blue water road. They chat to Naomii Seah about spiritual growth, love, and their feelings about Aotearoa.

“I’m finally at a place where I really know myself.”

Kehlani looks into the camera and breaks into a smile. We’re on Zoom, and I have 10 minutes to speak with the celebrated singer before they’re presumably shuffled onto the next whirlwind interview. Despite the rushed timing and what I’m sure are my palpable nerves, Kehlani carries a sense of calm and peace about them. They prop themselves up on one elbow, tuck their loose waves behind one ear and continue:

“I went on this big spiritual journey, and I came back and I was like, wow, I need to make a new album. Because this music doesn’t sound like the last project.”

Kehlani attributes this change in sound to a “180 difference” in their life and outlook. In a recent birthday post, the 27-year-old ‘Nights Like This’ singer described themselves as being “finally who [I] always dreamed of”. And although they laugh that making the new album has been an “insane process”, the Oakland, California native says many of the songs on the record reflect “where I’m at in life”. It’s a change they’re proud of.

For those who’ve been following Kehlani’s career for a while, this personal metamorphosis will be evident in blue water road. So far, three singles from the album have been released, including ‘up at night’ featuring Justin Bieber. All three songs speak on the theme of learning to accept and receive love. Kehlani has been open about some of their difficult partnerships in the past. “I think the last album was very clear that I was very much in a darker, lower place. I was battling a lot of things publicly and privately”. But on the new album, “everything’s really light and joyful and happy. And that’s true to where I’m at, compared to where I was before.”

The album is accompanied by a three-part mini-documentary series, the first of which, “episode 1: love for self”, was released earlier this week (“episode 2: love for others”, is out today). Kehlani describes the series as “a peek into where I’ve been and what my headspace so far has been.” They tell fans to expect a look at the emotional process behind the album and each song. “That’s all I can tell you, because you have to watch it!”

In the first episode, Kehlani explains their process behind their single ‘little story’, describing the song as a “confessional”. The cinematography of the video is intimate and dramatic, contrasting sweeping panoramic shots of the Californian landscape with shots of cosy interviews held in Kehlani’s tour van. It’s a glimpse at what life might be like for the young singer and mother at this point in their life, surrounded by friends and laughter.

The abundance of brighter, more upbeat love songs on blue water road marks a departure from the sultry, dark vibe of Kehlani’s last few projects. At the same time, it’s not a complete return to their catchy pop-influenced debut SweetSexySavage. Instead, blue water road lands somewhere in the middle, creating a distinctive and cohesive sound that’s grounded in Kehlani’s signature silky smooth vocals and soulful performance.

“I feel insane, I feel really happy,” says Kehlani of their album release, still propped up on their elbow. “I’m just waiting to see what everybody is thinking and feeling.”

“I’m really excited for people to hear ‘tangerine’,” they say. “I’m excited for [people] to hear all of it, but I don’t want ‘tangerine’ to get overlooked.” They needn’t worry about that – it’s a standout of the album, with a stirring beat overlaying a rolling melody that’s as catchy as the lyrics are sweet.

“I think it’s really important to feel small,” Kehlani says in the blue water road mini-documentary series. When I ask them what makes them feel small their first answer is “nature”, reflecting the album and documentary’s focus on the natural world. Other things that make Kehlani feel small include helping their community and their child, Adeya. “Anything that [makes me realise] there are billions of other people in this world with their own lives, ultimately makes me feel small. And I think that’s one of the best reality checks you can have in this life.”

When I ask if Kehlani has any plans to come back to New Zealand following their last visit in 2020, their eyes light up: “New Zealand is one of the most beautiful places I’ve ever had the privilege to visit in my whole life.” Looking back on their last tour, they recall an anecdote about getting the same haircut that Paikea wears in Whale Rider before coming on stage, and having the crowd cheer when they mentioned the movie.

I have to say goodbye before securing a firm answer from Kehlani about future New Zealand plans. But just as the Zoom ends, they wave and chirp: “see you in New Zealand!” It’s not quite a confirmation of a tour, but it’s a promising sign.