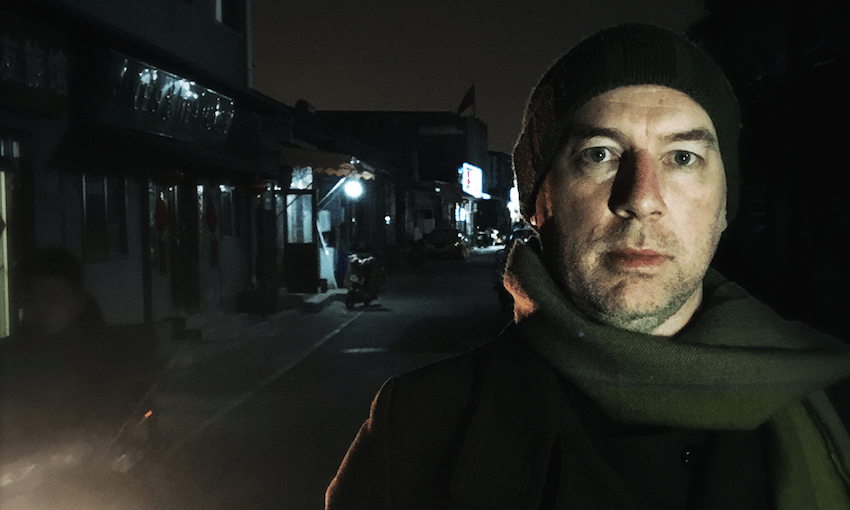 Twenty minutes, seventeen songs – Miniatures 1 is an EP you can listen to over a large coffee. Taylor MacGregor talks to musician SJD about the process behind making his audacious new album.

As someone prone to losing focus and getting deep in an endless Youtube hole, the proposition of listening to an album of 17 songs no longer than a minute and half long plays right into my quintessential millennial-with-a-short-attention-span wheelhouse. That the album came from one of New Zealand’s stalwarts of pop, SJD, made it even more tempting.

I was introduced to SJD’s music through his songs ‘Beautiful Haze’ and ‘I Wrote This Song For You’, both of which appeared on ads (back in the days when we used to watch TV) and have since become part of the pantheon of Kiwi pop.

It seems fitting then that this new album Miniatures 1, inspired by The Residents’ Commercial Album, is a set of bite-sized musical ideas that each cut just short of a second verse, hooking you into the next song before you have time to change the channel.

Each song is accompanied by its own music video – Miniatures 1 is a multimedia project from a man who has a lot of material to work with.

I had a chat with Sean James Donnelly aka SJD about the new challenges of making entree sized music.

It’s been four years since your last album St John Divine. How long have you been working on Miniatures?

Since the middle of last year. The bulk of [the songs] got done in a reasonably short window of time, and they’ve been sitting around fermenting, oxidizing, like me too. And the time has come to release them because we’d done a couple of videos as well.

And obviously the big concept with this album is that no song is longer than a minute and a half.

Well, there wasn’t any rule. I’m probably going to for Miniatures Two, and I’ll probably have a least one ‘Miniature’ on that that’s almost two minutes long. Theoretically it’s possible that you could have a ‘Miniature’ that was five minutes long, but you’d have to find a way to justify it conceptually. I haven’t got it right yet. But in general, no. Sixty and ninety seconds seems to be the general window, gearing much more towards sixty seconds than ninety.

Is that a rejection of the kind of pop structure, or is it a–

No, no it’s just an exploration, I think, of pop structure. I’ve learnt a lot about pop structure from trying to make short songs – get in and get out quickly. But sometimes when you’re just [on a roll] and you can’t [get out quickly], what can you do? Where would your ingenuity lead you? And there’s good stuff to be had there too.

So those parameters of ‘keep it short’: do you think it made it easier to write a song or harder?

Initially it was harder because I didn’t really know what a short song I would write would sound like. But it was definitely easier after a while because [with standard songwriting] you get that flash of inspiration [but it] very rarely takes you through to three and a half minutes. Usually it takes you to the first verse, maybe a chorus, and then you’ve got to somehow tease that out and make an entire song out of it.

Because listening to it, I do quite often find myself wanting more.

But did you listen to then all in one lump?

I kind of dipped in and out but I’ve just had a big listen through. I was going to ask about that: how do you want people to listen to it?

I think that people can listen to the songs how they want. The very fact that I’m writing one minute songs is obviously about being something to tune in and tune out within sixty seconds, and for them to be able to fulfill that purpose.

But the best way to listen to them is all in one chunk. Listen to all 17 songs in a row. Because instead of that bit of the song where you want more, it just goes into another song. And in a weird kind of way, that next song quells some of your desire for the song that came before. I think so, anyway. It could just be because I’m wholly used to the idea now.

I think ‘Lava Lamp’, your opening track, feels like a very personal welcome into the bedroom-pop feel of the album.

Oh lovely, yeah. That’s what I wanted really. It’s like opening a door. I guess opening a door into the room. But a room doesn’t stay that room for very long – it morphs into another. I think it’s definitely the different styles and the way flow into each other, it’s got a trippy quality. And the other thing about ‘Lava Lamp’ being all on one note too is that it has a throat clearing quality, as well.

And then there’s ‘Paracetamol’. I definitely felt like it was building into a big dance anthem and then it cut short just where the big drop was going to come.

I don’t think I really quite know how to do the drop so it’s probably good that it didn’t.

Did you work alone on this project? Is this all you?

It just is a hundred percent me.

How is this going to work if you want to do it as a show? Are you going to play alone?

I’m still working on it! Watch this space. I think it’s got potential but I’ve got to work out exactly how to do it.

This piece, as well as SJD’s EP Miniatures 1, was made with support from NZ on Air.