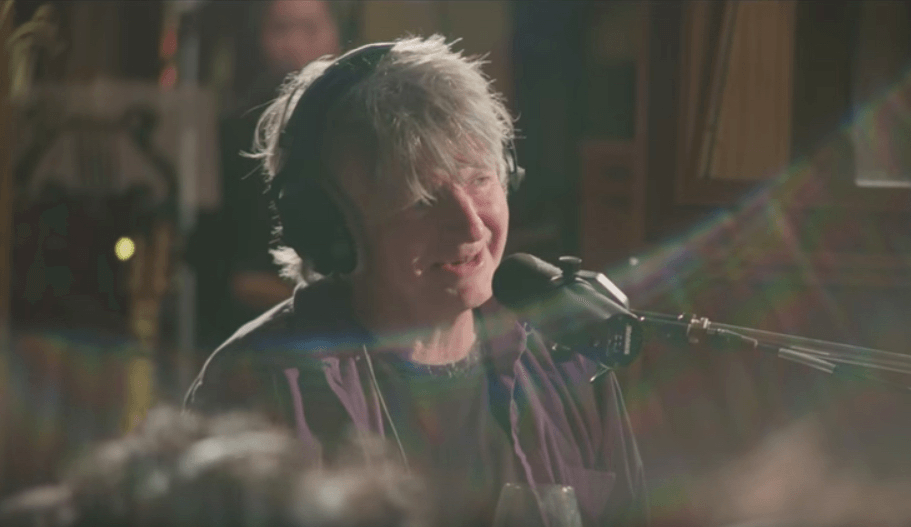 Henry Oliver watched ten hours of Neil Finn live-streaming in case you didn’t have time to. These were his highlights.

Every Friday evening for the past four weeks, Neil Finn has live-streamed a recording session from his own Roundhead Studios, joined by, in his words, “a loose knit collection of impassioned and slightly random people, sitting around on chairs”. (You can read about Neil’s rag-tag band of angelic indie voices and his whole live-streaming ethos here. Suffice to say, he’s been doing it for ages and sees it as a great unexplored opportunity for musicians.)

The first three Fridays were a combination of Neil-being-Neil – Skyping with friends and fans, jamming on old hits and obscure faves – and an increasingly serious rehearsal of a new album, Out of Silence, which was recorded last Friday to be released this Friday.

The whole project, which Finn has helpfully dubbed the Infinity Sessions, resulted in over ten hours of recorded music and banter. Unless you’re the most dedicated of Finn fans (a “Finniac”?) you’re unlikely to now sit down and watch the whole thing. So, to prepare you for his forthcoming album, here are some of the highlights, with their approximate timestamps.

20:00ish: A Skype call from a narrowboat in London from an ever-so lovely mother and son who ask Neil which of his songs, which he has referred to as his “children”, he’d give away. He basically says that some he’d give away for “genetic work” to be made better. It’s less about his answer than the super cute vibe of the uber-fan mum and the slightly deer-in-the-headlights son.

30:00ish: Neil tells a story about how when he visits his dad in Cambridge, they go to the same bar, which is usually empty, and Neil plays him some songs on the piano after a game of snooker, including his father’s request of the same two songs, including ‘Better Be Home Soon’. Here, Neil plays it on the Rhodes and it’s just very nice with all those singers singing and the backstory of his dad in the Cambridge Club hanging in the back of your mind.

36:00ish: If you’re watching something live, you kind of want to see a disaster, and his Skype jam with Crowded House’s Nick Seymour playing their ‘As Sure As I Am’ is an enjoyable out of time mess.

54:00ish: A Skype-requested version of ‘Gang Gang Goolie’, which, I think, is best known as a Girl Scouts song.

04:00ish: The first bit is Neil and his bro Tim Finn on guitars and singing and it’s all very intimate and nice.

29:00ish: Neil and Tim (now with string section) play along to some family footage projected on a curtain which is drawn back as they start playing ‘Four Seasons in One Day’. Shit it’s good. Everyone on the YouTube comments talks about their spines tingling.

54:00ish: Liam Finn Skypes in with Connan Mockasin from LA for, in Neil’s words, “a reach around for some global union”. They play Liam’s ‘Fire in Your Belly’ and Connan’s ‘Forever Dolphin Love’. It sounds lo-fi and weird and good and they’ve obviously worked a few things out since last week’s Skype songs.

43:00ish: I guess this is rock week. Neil’s got his guitars out, there’s drums and bass guitars and all that. And, of course, all those singers. Here they play ‘Weather With You’ and it’s joyous and jammy, and James Milne is playing this great bouncy bassline. And, then… SWIDT appear to rap and do SWIDT things and it’s super odd and fun and they’ve got an energy that’s unmistakeable, bringing the in-house crowd to their feet and getting the phones out of the pockets to get the ‘grams.

48:00ish: Straight after ‘Weather With You’, they go into SWIDT’s ‘Player of the Day’ which, fun fact, was recorded at Roundhead.

1:05:00ish: Another cute parent-child Skype call, this time from a mother-daughter in Portland, Oregon. Neil talks about being inspired to become a musican by Tim learning ‘Lara’s Theme’ from Doctor Zhivago, which he then plays off the top of his head (without words). Man, I wish I could do that kind of thing.

1:22:00ish: A red-faced Jimmy Barnes Skypes in and man, Jimmy Barnes is funny and his voice sounds way different than you’d think. Anyway, utilising at least three computers, they play Split Enz’s ‘Shark Attack’ with Jimmy clapping the beat out until the band breaks in. It’s cool seeing Jimmy shout the chorus into his computer, even when you can’t hear him. He’s lovin’ it!

11:00ish: The cacophony of tuning and chatting and all the things it takes to get ready to record an album. This is it. This is happening.

27:00ish: ‘Second Nature’, the album’s first single (from the first week’s session). What can I say? It’s a jam and there’s a palpable rush of the first song of a recording session that, whatever else happens, will result in an album.

02:06:00ish: Intermission. A real life peek into what it’s like in a studio. This is capital-D Documentary Filmmaking and I love it.

4:16:00ish: ‘I Know Different’, an early pick of an album highlight, and shit it’s just super impressive that they did it – they recorded an album in like four hours and a bit. And not some noisey punk album but an orchestral pop album with big choruses and complex instrumentation.

4:20:00ish: When it’s over, Neil pauses at his piano, fists clenched, for a brief moment and it’s a beautiful thing. He inhales, leans back, eyes closed. It’s done.

The Infinity Sessions were presented, in part, by Spark and Spotify. Listen to all the music you love, including Neil Fill’s forthcoming album Out of Silence, on Spotify Premium, it’s free on all Spark’s Pay Monthly Mobile plans. Sign up and start listening today.