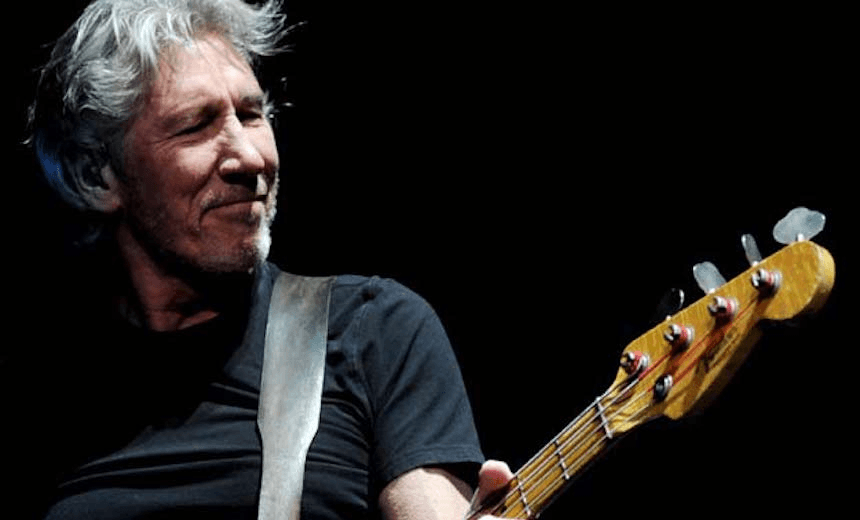 After the Floyd: A beginner’s guide to Roger Waters’ misunderstood solo career

With the announcement today that Roger Waters is heading back to New Zealand for a tour next January, Pete Douglas takes a look at his intermittent and sometimes misunderstood solo career.

It’s hard to imagine now, but when Roger Waters left Pink Floyd in 1985, he initially struggled to match the success of his remaining estranged bandmates. His first solo record attracted unkind reviews, the accompanying tour saw him personally lose £400,000 due to poor ticket sales, and when his 1987 follow up Radio K.A.O.S was released, it was comfortably eclipsed commercially by his former band’s adjacent effort, A Momentary Lapse of Reason, which arrived just a few months after.

During the ensuing world tour for Reason, the David Gilmour-led version of Pink Floyd was met with enthusiastic audiences, desperate to see some version of the band after years off the road, and mostly unconcerned that the man behind the concept and execution of The Wall was no longer in the mix. Waters meanwhile played much smaller venues and became more preoccupied with trying to stop Gilmour and co from using the Pink Floyd name and his work.

Things are different now of course – The Wall Live tour ran from 2010-2013 to positive reviews and huge demand (it was the third highest grossing concert tour of all time), and saw Waters pull off the massive stage show he’d always envisaged to accompany the live presentation of his magnum opus. More importantly, Waters actually genuinely seemed comfortable as a frontman and looked to be having fun playing his songs, which was virtually unheard of previously.

Despite all this latter-day adoration, Water’s studio work post-Floyd is a slightly mistreated mystery to many casual listeners, and so here is a quick guide to his four solo records:

Many Pink Floyd nerds will tell you that 1983’s The Final Cut is the first Waters solo record (and they may have a point – it was after all billed as “By Roger Waters, Performed by Pink Floyd”) but the following year’s The Pros and Cons of Hitchhiking was his official solo debut. In a brutal review at the time of release Rolling Stone gave it 1 star, which in hindsight was unfair. Like The Final Cut the record is challenging for sure – basically a concept album following a dream outlining a man’s (Waters) struggle with the concepts of monogamy and family commitment. But unlike The Final Cut it works as a piece of music, and holds up much better than its reputation might suggest.

A concept album about a wheelchair-bound boy who tries to stop the onset of nuclear war by using his amateur radio set, Radio K.A.O.S. is probably the weakest Waters solo LP, but it’s hard not to admire his ambition, and it’s still better than the Floyd-by-numbers of Gilmour-shepherded latter day records A Momentary Lapse of Reason and The Division Bell. The pure pop of single ‘Radio Waves’ is a particular highlight.

In 1980 Waters swore he would never play Berlin again until the Wall came down, and so when it did he pulled together a star studded performance of The Wall, pulling off the amazing trick of turning an inward looking rock opera about being an emotionally crippled rockstar, into a grand political statement.

Armed with the success of this project (which also materialised as a successful live record) Waters proceeded to work on a new solo record dealing with a new generation of war and its manifestations. Unlike its predecessors, Amused to Death was warmly received, showing Waters could take his obsessions and still present them effectively into his middle age.

25 years is an enormous amount of time in popular music, but it didn’t feel like Waters had been away that long when he released Is This the Life We Really Want? earlier this year. Perhaps it was because of how active he has been with his touring, his side projects (including writing an opera), and his general opinion on everything from Brexit to if Radiohead should tour Israel.

Given the state of world in 2017 it’s probably not a surprise that Waters mood is mostly one of complete disgust here, but what makes the record work is that he and producer Nigel Godrich create a piece of music that sounds good, and echoes the best moments of Pink Floyd without slavish imitation of any particular record.

Roger Waters plays Spark Arena in Auckland on 24 January 2018 and Dunedin’s Forsyth Barr Stadium on 30 January 2018. Spark has an exclusive pre-sale for Spark customers, available from 1from 11am, Monday 4 September to 11am, Wednesday 6 September.