The political pilgrimage north is under way ahead of the commemoration of the signing of te tiriti. RNZ’s Jo Moir surveys the calm before the storm.

Thousands of people from around the country will begin the annual pilgrimage to Waitangi on Sunday, and the sleepy snippet of the Bay of Islands will transform once again.

Arriving in Waitangi three days ahead of the biggest week on the Māori political calendar is a first.

There are no roadblocks, no protest placards, and the town of Paihia neighbouring Waitangi is quiet but for the tourists lapping up the sun in the winterless north. 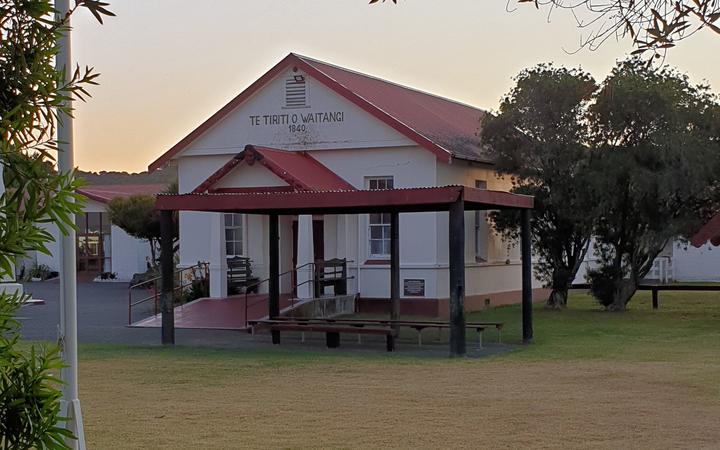 Once the home of all the political talks, Te Tii Marae lost the main event to the more neutral upper marae at the Treaty grounds a few years ago, but in a few days time it will be a hive of activity for other political panels and debates. Photo: RNZ / Jo Moir

There is no sign of a marquee, nor the scores of tents that will soon pitch on the lawn next to Te Tii Marae.

The harbour is also quiet, aside from the local fishermen and the dozen or so boats moored here all year round.

Those who call Waitangi and Paihia home are going about their business; walking dogs, eating freshly-caught kaimoana with whānau on their decks, heading off to work and sneaking in a dip in the ocean in the last of the evening sun.

It truly feels like the calm before the storm. 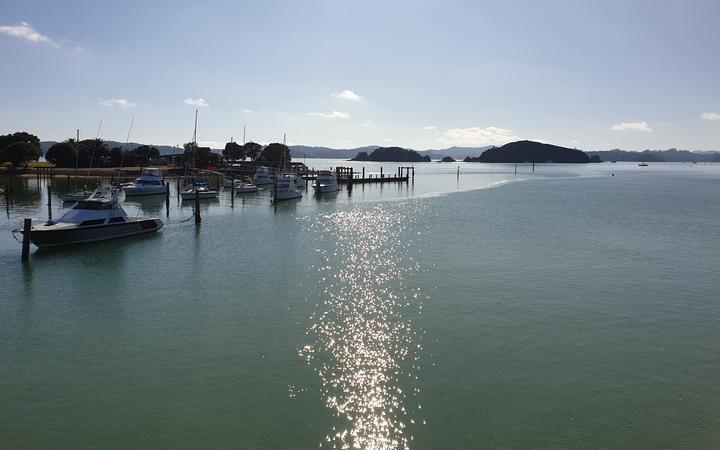 Te Tii Bay is quiet now but soon dozens of waka will arrive, along with the Navy ship and cruise liners. Photo: RNZ / Jo Moir

Whether those who have made this slice of the north their home like it or not that is all set to change with the arrival of iwi from across the country, dignitaries, diplomats and politicians.

The prime minister’s security service will swoop in and check all perimeters ahead of Jacinda Ardern’s arrival with her fiancé Clarke Gayford and toddler Neve in tow.

The tourists currently occupying the Copthorne Hotel in Waitangi will promptly check-out as the annual recurring bookings from MPs and iwi leaders take over.

The week ahead is Ardern’s third visit as prime minister – with an election in September she will be acutely aware there’s no guarantee she will hold the same role in a year’s time.

See also: ‘I want to be able to tell my child I have earned the right to stand here’: Ardern’s big speech at Waitangi in 2018

The days leading up to the main event on Thursday will be dominated by a range of government announcements – almost all of them will have a Māori focus – a reminder that Labour holds all seven of the Māori seats and an expectation they’ll be returned to them on September 19.

There are also the endless photo opportunities – Ardern meeting with the Māori warderns, serving up breakfast to the masses, meeting kids who have travelled to take part in the waka display at Te Tii Bay.

There’s the politics, too.

On Tuesday, Ardern and the other party leaders will be welcomed onto the marae at the upper Treaty grounds where they’ll be challenged as to what they’ve delivered, or in National’s case, what they would have delivered differently.

On Wednesday, the government will be confronted by iwi leaders at the annual forum.

While Ardern can point to substantial investment in health and education, she’ll be less front-footed about housing and Oranga Tamariki.

In among all of this there’s the inevitable hikoi and protests – some bigger than others. 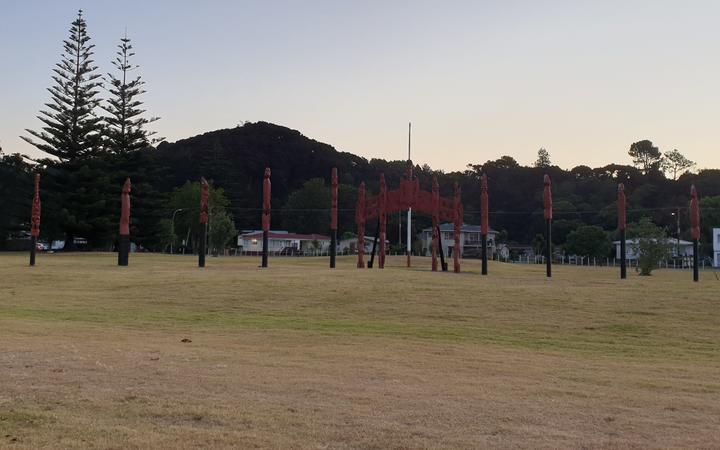 Tents will start going up on the Te Tii lawn in coming days as people from iwi far and wide descend on Waitangi to take part in the week’s events. Photo: RNZ / Jo Moir

In years gone by Ngāpuhi kaumātua Kingi Taurua was at the forefront of protests and calls for politicians to walk the talk.

In contrast was another Tai Tokerau stalwart – former New Zealand First MP Pita Paraone – who was the master of keeping the peace.

It was his push to restore the mana of Waitangi that in 2018 resulted in moving all of the political talks from the controversial Te Tii Marae to the more neutral upper marae at the Treaty grounds.

Taurua passed away a few months later in 2018 and Paraone in 2019. Their absence is felt strongly by many.

The difficult conversations have been had, points have been made, advice has been offered and while the underlying concerns haven’t been fixed there’s a willingness on February 6 to put that aside.

And in that moment as New Zealanders from all walks of life listen to prayers and waiata and watch the sun rise on a new day, Waitangi once again returns to the peaceful place that it is.