Gossip Week: The Spinoff’s gossip coverage so far this week has been dominated by people. It’s time to stop being so self-centred and see what’s abuzz in our native forests.

We are facing three major natural disasters: the climate crisis, the biodiversity crisis, and the fact the world may not revolve around humans. I am devastated to report that, after extensive research, we’ve discovered nature talks shit – and it’s not even about us.

Take a look at the sea. Bottlenose dolphins can nurse a grudge for 20 years. Humpback whales, who are generally big sweethearts, just freaking hate orcas, in much the way as some humans hate chimps – they’re stomping out the child-gutting boogeymen. While the occasional whale might mock our disgusting voices, most of nature’s goss stays within species.

And on dry land here in New Zealand, there’s just as much chatter within our native forests.

Ines Moran and Yen Yi Loo are both PhD researchers studying tītipounamu (Riflemen), and the way they “talk” with each other. “Tītipounamu do not really gossip like humans, but they do have a unique vocal signature,” they say. These tiny little birds have rich social lives – and while they’re not spreading rumours, they are very, very chatty.

Moran and Loo have a loose idea of what they might be saying to each other. “They can ‘say’ many things like ‘watch out a New Zealand falcon is here!’ or ‘go away tītipounamu-eating ruru monster,’ or ‘hi kids, it’s me, Mum, I’ve brought you some crushed small wetas for a snack,’ or ‘here honey, a little grub for you as a gift’.”

Like any social animal, the tītipounamu lives a life filled with scandal and tragedy. Sometimes a predator might eat a bird’s partner or a chick. “When such things happen, they try to call very loud with their decrescendo-like calls so other tītipounamu can come help out, for example to mob at a ruru or to scare away humans or rats that are close by to their nests.” 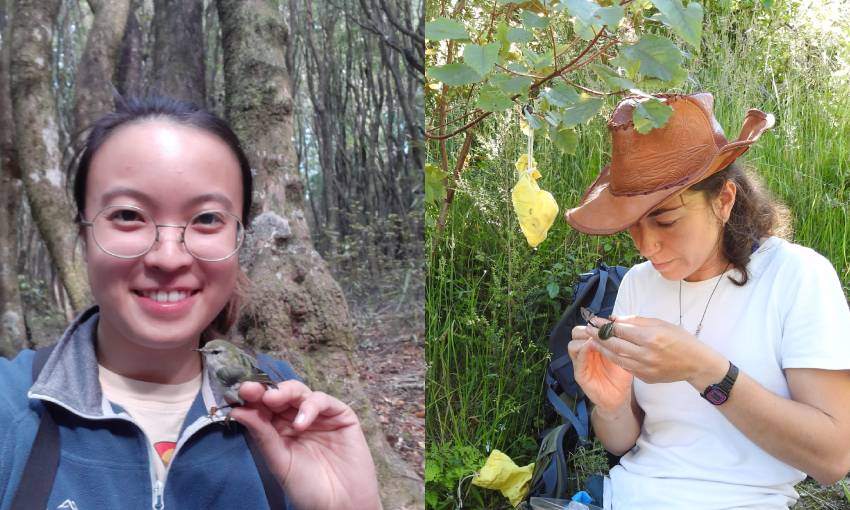 The tītipounamu are also hassled by other birds on the scene. “We have seen robins, tuis, bellbirds, tomtits, and grey warblers chasing or attacking the tītipounamu,” they said. “We believe that these birds don’t directly predate them so we think they are just ‘bullying’ them. “

They cuss out other members of their species, too. “Some tītipounamu definitely quarrel and some chase away unwelcome individuals from their home space. They probably remember the tītipounamu they had a bad quarrel with.” Moran and Loo acknowledge that a rowdy bunch of birds could possibly be yelling at us. “They could be saying things like ‘get away, rude human!’”

Turns out New Zealand’s forests are filled with yarns, usually from a cranky tui. Dr Kristal Cain, a lecturer at the University of Auckland, explained there’s plenty of gossip in the bird world.

“There are some outrageous scandals,” she said. “Most species look and act like they are a happily committed couple, but in almost all these species there is some fooling around behind the partner’s back.” Hot goss! Australian fairywren dads will apparently cut back on childcare if they suspect their mate of having a side piece.

“Cooperatively breeding birds have incredible memories and will certainly hold a grudge against another bird – or even a human that disturbed their nest!” 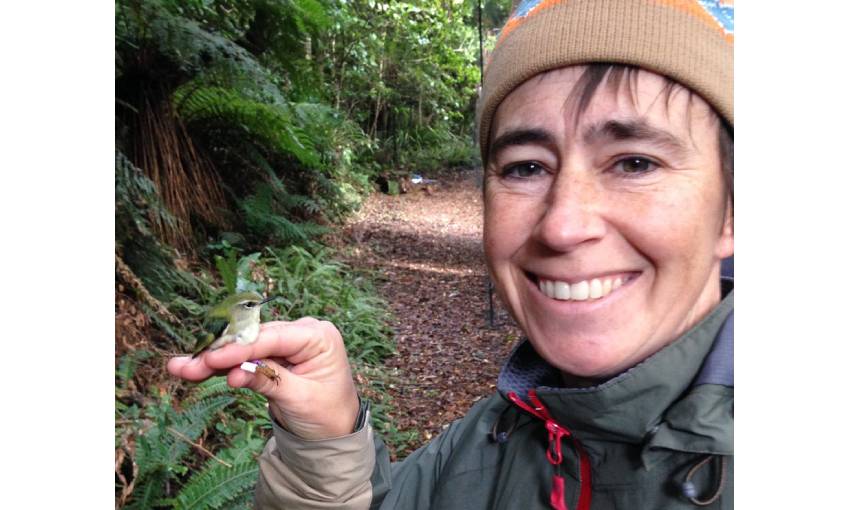 Cain said the beautiful songs we hear echoing throughout our native bush might sound like music to our ears, but they’re basically the bird equivalent of blasting hard rock music early in the morning. They’re saying, “this is my territory. These are my tunes. Don’t even think about coming over here.” And sometimes, someone does pop by and tell them to turn it down.

“Other birds will listen in on this, and if there is a fight they will eavesdrop and listen in to what happened and who won.” Tui fight, tonight, be there or be square – pass it on!

What about plants? AUT ecologist Professor Sebastian Leuzinger speaks for the trees, and he said very little. “Plants are reasonably simple creatures,” he said. “They lack all the abilities that we’ve got, but they do communicate via chemicals.” Thankfully, the trees cannot hear him. 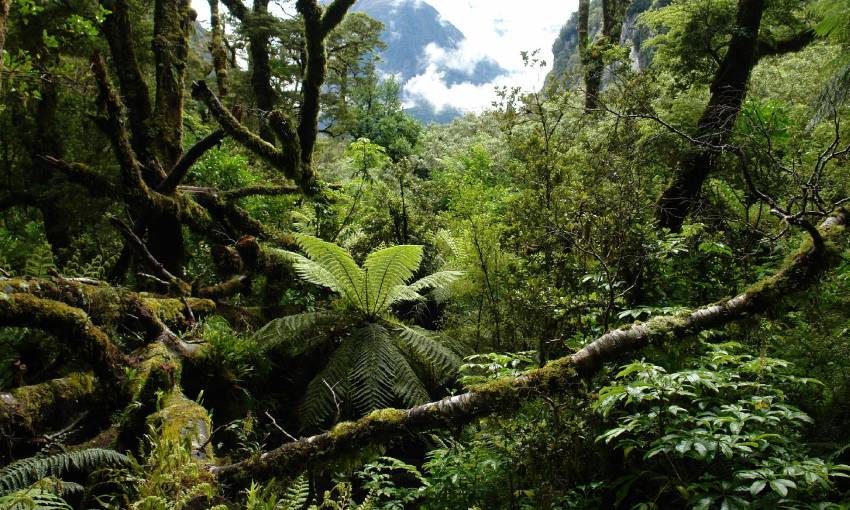 What do your leaf eyes see? (Photo: Satoru Kikuchi, CC BY 2.0 via Wikimedia Commons)

According to Prof Leuzinger, the main form of inter-plant communication is a sort of chemical power posing called allelopathy, used to keep plants out of each other’s personal space. “They don’t want other plants to be there, so they send signals to make it harder for other plants to establish,” he said. “This happens a lot. A plant needs to defend its root base somehow. It needs to say, ‘I’m here, this space is taken’.”

Sometimes they say too much. Leuzinger explained by putting himself in the shoes (roots) of a tree. “If I get attacked by insects and I send chemical signals, then surrounding plants of the same species or other species can sense that as well and might have a response to that,” he said. This response would enable the other plants to put out insecticide-esque chemicals, possibly saving their lives. So far there is no chemical response that can ward off a logging machine.

Do they warn each other on purpose? “No,” he said. “Nature is not very romantic in that sense.” Nature: slammed. You heard it here first!