Summer reissue: From the highs (Ralph Hotere’s turtleneck), to the lows (Bain), the jersey is as much a part of this place as the jandal or the Swanndri, but it resists such easy nostalgia, writes John Summers.

Whenever it comes time to lure tourists back to our shores again, we really must work on our slogan. Forget hobbits or 100% pure, it should be something honest, simple, practical. It should be “bring a jersey”.

Not only does this embody those qualities but it is also about jerseys, an item of clothing that is inescapable in most regions of this country. I don’t believe it’s by chance that New Zealand is home to the world’s largest jersey, which was displayed for a time at a knitwear store in Geraldine (I have no explanation for why the same store also had on show an exact replica of the Bayeux Tapestry made from knitting machine parts). After all, our climate punishes complacency. For at least six months of the year, only a fool leaves the house without a warm layer. Our economy, that other great, uncontrollable force, is to blame, too, with its reliance for so long on sheep.

Even the word jersey itself has a meaning particular to this place. Elsewhere they talk of sweaters, of jumpers. Jersey in other countries tends to be used exclusively for the top you wear to play basketball or ice hockey, not something you pull on when it’s getting nippy out. I think we could go one further too, and argue that jersey isn’t an exact translation for sweater or jumper, but tends to mean some plain and rumpled thing, best stored balled up and stuffed into a bag or flung onto the backseat of the car. It should fit at the elbows and at the chest maybe but only there – it is essential that parts sag, the neck gaps, the belly is stretched. Maybe there is a hole, the result of a cigarette or of walking carelessly past chicken wire. Maybe it’s not like this at all, but in some way it is, too: a garment that gets worn.

There is a small industry in histories of things in this country. Over the years, we have produced a history of New Zealand cafes, of sheep, of skateboarding. I have to say that I was a little sneering of these books a while back. It blew my mind that someone wrote a history of New Zealand kitchens. I imagined a chapter: “The Formica Years”. But I have since come around, and now realise these topics provide the lens or the angle, an insight only, and the real story is us, who we are played out through hot drinks or countertops.

And so I have come to hope and expect a history of New Zealand jerseys will be produced some time soon, a book that would chart progress from the heavy, dull-coloured things of the colonial era through to the garish batwing creations of the 80s and the thin, merino sheaths that became part of the business casual uniform in more recent years. Already this history exists if you train your eyes. Most attempts at documenting our lives wind up documenting our jerseys too. The works of those two masters of photography, Ans Westra and Marti Friedlander, include many wool-clad New Zealanders. If there is then a history of jerseys (the usual milestones represented: Hillary and Tenzing relaxing, post Everest, Tenzing impossibly dapper in a silk cravat, Hillary submerged in wool), there is also an art history of jerseys. One of the most frequently used photographs of Colin McCahon is of a sombre man, staring with dark eyes into the camera while wearing a jersey composed of perfect squares of black and white: a contrast of light and dark, day and night, life and death, nothingness and creation. They say his painting is good too. On this theme, see also the images of a young Ralph Hotere emanating a sort of Miles Davis cool: slim, feline almost, in a fine black turtleneck. His work, his jersey concerned with the colour black, a subsuming black, subsuming, in this case, the neck. 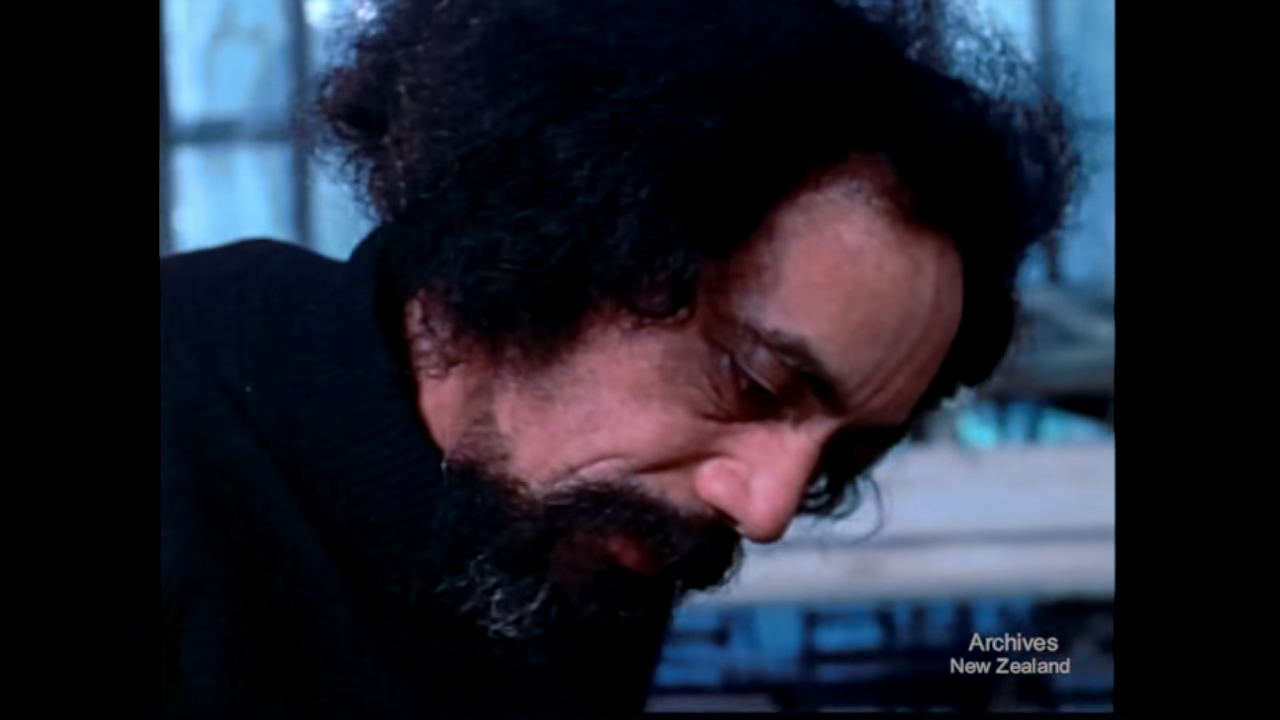 These are high points. The jersey belongs with our low moments too. Inevitably I must turn to Bain. That story has had its hold on us for 30 years now with its mystery and its sudden and gruesome unveiling of a particular vein of New Zealand life: the family turned disastrously inward, bookishness and god-bothering giving way to resentment and violence. An aberration in the way we like to see ourselves, symbolised then by the aberrant jersey, David’s strangely patterned jerseys (his own design, it was revealed during the retrial) becoming a kind of shorthand for the whole sad saga.

And yet, as much as it is a part of this place, the jersey is never found in the usual catalogue of Kiwiana. A good thing too. It is more important than that, cannot be reduced to a simple, cheery symbol – there is no single type of jersey as instantly recognisable as the buzzy bee or the checkered print of a Swanndri (I insist the latter is a separate entity, related, yes, but different still). It resists such easy nostalgia. We’re wearing them too often, and not, as is the case with jandals, during the happy days of summer.