A year ago today, the volcano on Whakaari/White Island erupted, leading to the death of 22 people and the injury of 25 more, many of whom suffered severe burns. Dr David Galler, a member of the team of intensive care and burns specialists at Auckland’s Middlemore Hospital, writes about that day and its aftermath.

As members of the medical profession we help others, but we are also helped. And occasionally, events occur that demand so much of us that we are changed forever.

I was reminded of that reading of the prime minister’s return trip to Whakatāne to follow up on her initial visit there on December 10, 2019, the day after the catastrophic eruption on Whakaari/White Island. Reports from that time speak of the empathy in her conversations with many who were involved in the rescue and initial resuscitation of those injured, and their subsequent triage and transport to different hospitals around New Zealand.

December 9, 2019 will long be remembered by the clinical teams from around the country that received and cared for those patients, an enormous mental and physical challenge complicated by the fact it was the first day of the new registrar rotation. A view of the Whakaari eruption from a boat just off the island (Photo: Michael Schade)

Burn injuries are unique: they are painful and disfiguring, and evoke emotions that are extremely confronting for those that suffer them, witness them and treat them. That psychological and physical horror is matched by the disruption they cause to their victims’ physiology; these patients are like no other and their care crosses the boundaries between many specialty areas. In situations like this the role of the intensivist is to resuscitate and stabilise the patient and coordinate and broker care across those specialty areas as needed. That’s what I did on that day.

As patients began to arrive at Middlemore we were still in a relative vacuum of information about who they were and how many were coming. Each patient was met by a team of people mobilised from our intensive care service, emergency and anaesthetic departments, and from the staff of the National Burn Unit. Each member of these teams did what they needed to by way of resuscitation, securing the airway in those who weren’t already intubated, inserting central lines, giving additional volume, starting inotropes, and making an initial assessment of their injuries.

As the evening and then the night flashed by, we were in our own state of shock but able to manage by relying on what we had rehearsed and practised together many times before. Our patients already resident in the ICU were managed by a dedicated group of senior nurses and one of our senior registrars, who that morning had started his rotation to Medicine but came back to help. His part was to assess and manage unstable non-burn patients admitted through the emergency department and from the wards. Other people appeared as intended, designated roles were filled, evidence-based guidelines were followed, all of these things happening in multiple locations for the entire night.

Each of the injured was accompanied by dedicated nursing and medical staff from the resuscitation rooms in the ED to the CT scanner, and from there to multiple operating theatres and finally to the ICU for ongoing organ support. On the way each of them had their injuries described and documented, and treatment begun with plans made for the next 24-48 hours. Still unidentified, each had been allocated a temporary “name” and assigned a unique national health identifier. I will never forget the first and most seriously injured person to arrive that day, a youngster who became known as “Unknown Blue”. He had thermal and chemical injuries the kind of which I had never seen before. They were so severe and extensive that despite his youth, good resuscitation, escharotomies and an early scrub down of his wounds in theatre followed by 24 hours of continuous dialysis, he never improved. He became our first fatality.

The next morning, a friend of mine, a retired radiologist from Middlemore, turned up as we were starting our rounds. He was looking for an American friend of his daughter, who was on her honeymoon in New Zealand and on Whakaari that fateful day. Luckily, we found Lauren with the first phone call we made; she was just up the road in the ICU at Auckland Hospital. Later we found her husband, also badly burned, he had been flown to Christchurch. That’s how it was, families separated in life and for some, in death too. 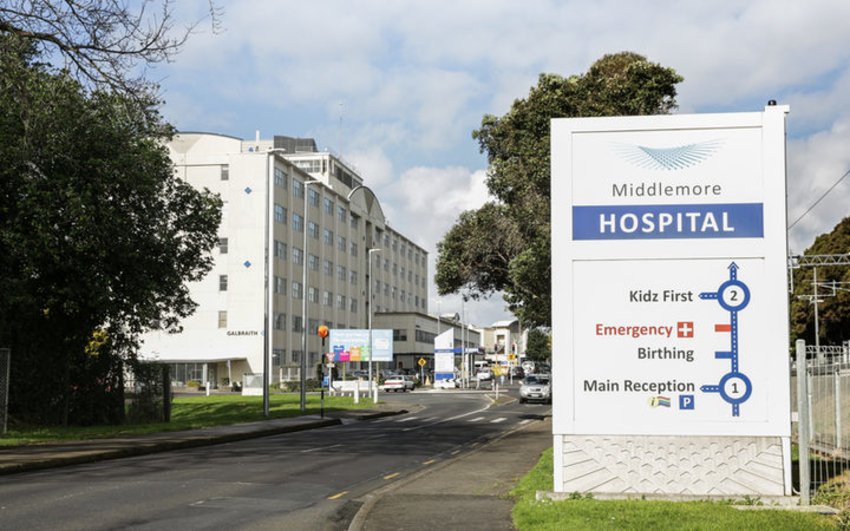 The burn world is small. We will go out of our way to help each other if needed, so as all this was playing out, offers of help came from colleagues in Boston, San Francisco, the UK, Brisbane, Sydney, Melbourne and from other centres where we have close contacts.

As the days passed some of the most serious patients were transferred from the regional burn units to us while we triaged some of our regular intensive care work to Auckland and Waitematā; our rosters changed to ensure we all had periods of rest, but the work continued. Ongoing organ support in the ICU, trips to the operating theatres every few days to ensure the burn wounds were clean and temporarily closed with cadaver skin and then the long slow process of skin grafting. It’s roughly two days in the acute part of the hospital for each percent burn; with most sustaining burns of greater than 50% of their total body surface area, all of these people required in-hospital treatment for months. Weeks later, two more of our patients died, a husband and wife, leaving three small children behind. It was an intense time.

Most of our patients were tourists from far off lands: India, Holland, the UK, the United States, some from New Zealand too. One morning I went to visit Lauren, the American friend of my radiology colleague’s daughter. She had been transferred to us and after several weeks was discharged from the ICU across the corridor to the National Burn Centre. There she was, looking good, sitting up in bed swathed in bandages, her parents in the corner reading, while occupational therapists were working on each of her hands. By then we had got to know each other reasonably well but before entering I stood at the door to take it all in. Seeing me, Lauren and her parents beckoned me in and began to talk about what I had just been observing: the meticulous nature of the care that Lauren was receiving, delivered by these two lovely engaging people who are part of our team. They saw that too and were extremely grateful for it, saying that they couldn’t imagine that they and their daughter would have been so well cared for in the health system in their own country.

Although all of these people have now been discharged, we hear from them or of them from time to time. For some their survival seems miraculous, the result of a convergence of so many things that have carried them through, lifted them up and kept them up. Some say the experience has made them better versions of themselves and more aware of the vital nature of life and the importance of their family and friends. Wherever they are, we know that their lives will have been changed forever. 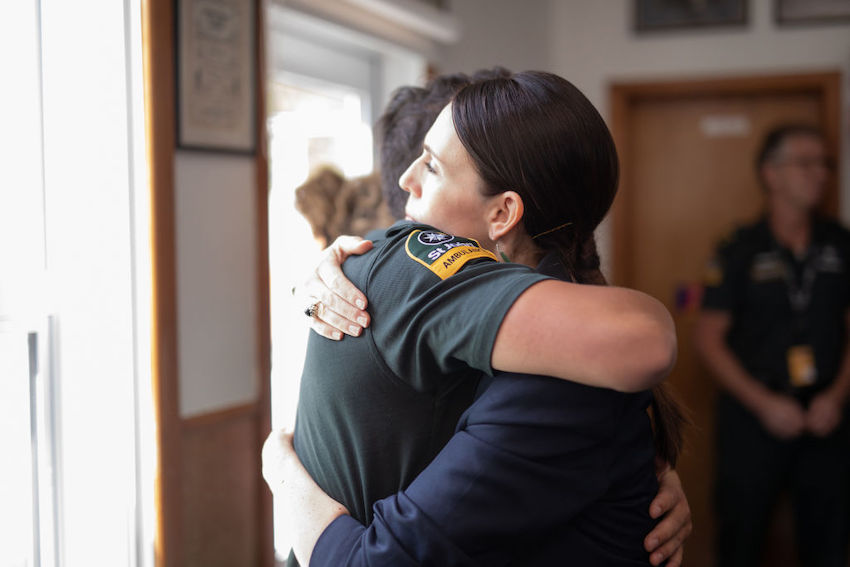 Prime Minister Jacinda Ardern hugs a Whakatāne first responder who helped those injured in the Whakaari/White Island volcano eruption the day before on December 10, 2019. (Photo: DOM THOMAS/POOL/AFP via Getty Images)

I am proud of the work we all did and in awe of those first responders and the team at Whakatāne Hospital. It is a great credit to them and many more that most of these badly injured people did so well. I will never forget that first day nor will those who were there at the outset. That was evident nine months later when Jacinda Ardern returned to check in on those who so bravely responded to that evolving tragedy, and the town that has been so deeply affected by it. The raw emotion is still there; you can feel it bubbling close to the surface. “It will take time to process the trauma of what you have been through,” said Ardern. She is right about that.

There is no turning the clock back on the events of that day but out of this trauma and suffering must come a better understanding of how we might avoid a similar tragedy in the future. I hope that is the prime intention of the action taken by WorkSafe and the ongoing investigations by the coroner. While their charges will cause anxiety for many, it is important to know whether or not agencies and individuals have been derelict in their duties, or whether they should have been better coordinated in their decision making. These issues will inevitably form part of what is to follow in what will be a stern test of our new health and safety legislation. Time will tell whether this approach will have a positive impact on work place health and safety in New Zealand. I certainly hope it does.