When it was revealed the government was providing $2.75m in funding to help a Mongrel Mob chapter get its people off meth, National was quick to pounce. Laura Walters weighs up the evidence, and asks: will we ever be able to have a mature conversation about gangs?

“Smashing the gangs” has long been a vote winner. So when Hawke’s Bay Today published a story about the government providing funding to a consultancy to deliver a methamphetamine rehabilitation programme to members of the local Mongrel Mob chapter, the National party’s response was in no way surprising.

Police spokesperson Simeon Brown labelled it a “sick joke”, while leader Judith Collins called on the government to back a bill that National says would “stop government funding from being granted to organised crime units”.

Of course, the society we live in is nuanced, and so are hard-to-reach communities like gangs. Land confiscation, urbanisation, a lack of social welfare support, entrenched poverty, abuse at the hands of family and the state, racism, drug use and addiction, mental illness and suicide: this complex web of factors all play into the creation, growth and criminalisation of gangs.

These factors have also been discussed at length during the past few years. When Labour came into government in 2017, it launched a justice reform programme which included discussions with marginalised and criminalised communities on drivers of crime and solutions. This was followed by harrowing public testimonies as part of the Royal Commission of Inquiry into Abuse in Care. The country heard from both experts and gang members about how the state care system was central to early gang formation. But those who spoke to The Spinoff said they did not expect these national conversations to impact how the country talks about gangs. The same discussion had been playing out for decades, and would likely continue to do so.

“Yet it tends to be those with the least understanding who have the loudest voices… There’s this inverse correlation between understanding and fear.”

The nuance in the gang scene had never been well appreciated, and recent debates highlighted that particularly well, he said. For example, the catch-all “gangs” was used to describe outlaw motorcycle gangs like Hells Angels, predominantly Māori gangs like Black Power and the Mongrel Mob, and LA-style street gangs like the Bloods and the Crips.

“That’s not to say they’re not a concern and not a problem – they obviously are. How we understand that is sometimes really out of kilter; really out of whack.”

With some of the context and nuances in mind, we’ll attempt to sort some fact from fiction in the latest debate regarding the Kahukura Wānanga programme.

Claim: The government is funding gangs

The latest discussion about gangs has been sparked by a gang-led meth rehab programme. The Kahukura programme will receive $2.75 million of funding over three years, with the first tranche coming next week.

The funding will actually be released to Hard to Reach, a consultancy run by former senior public servant and Mongrel Mob member Harry Tam and public health expert Angie Wilkinson. A Ministry of Health spokesperson said the funding was being made available to Hard to Reach, to work alongside a collective of Mongrel Mob chapters. It had not been given directly to the chapters.

The spokesperson said Hard to Reach applied for the funding last year, following a successful pilot with the Mongrel Mob Notorious chapter, which ran the programme at the Whātuiāpiti marae in central Hawke’s Bay.

The programme would present an opportunity to fill a gap in service provision through an innovative model that worked alongside gang-affiliated organisations, the ministry said.

The programme was a live-in, mārae-based programme which aimed to support participants to work through past trauma and drug use. Kahukura was expected to run for three cycles of 10 weeks per year over three years. It would serve up to 10 participants and their families (approximately 40 people) per cycle.

“We are concerned about the use of meth in our communities and the links to organised crime. A programme like Kahukura enables the government to work alongside gangs and support them to reduce drug-related harm,” the ministry spokesperson said. 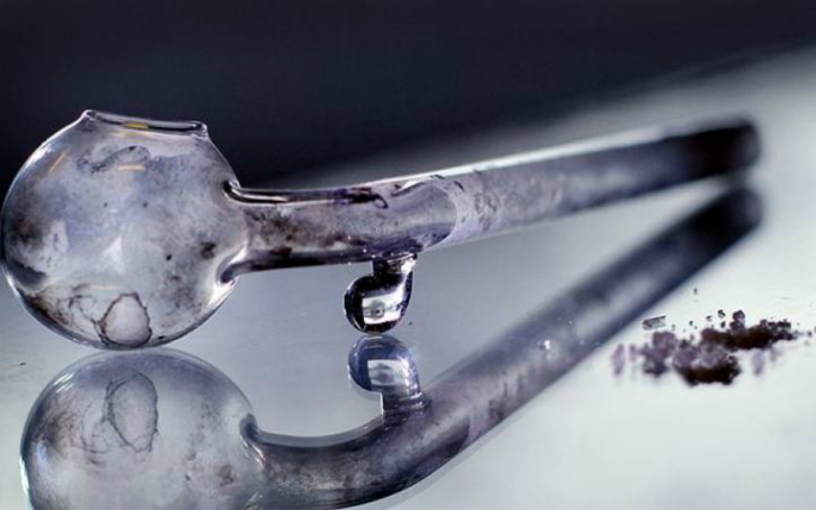 Police had supported the application for government funding, and said they recognised the need to work with different groups in communities to develop lasting solutions that would reduce harm. This programme offered services to hard-to-reach groups, and aimed to meet the challenges evident in Hawke’s Bay, a police spokesperson said.

The funding application was also supported by Corrections, MSD and the local community, including local police.

While police wouldn’t have day-to-day involvement in running Kahukura, local officers would present to each intake on family harm through the victims’ perspective, with a key emphasis on healthy whānau relationships.

Police would also help manage offenders participating in the programme, including people directed to Kahukura by the courts as part of their sentence or those who required court-directed bail checks.

The programme was funded through the Proceeds of Crime Fund, which was expanded in 2019 to take more of a wellbeing approach. The fund uses the assets confiscated under the Proceeds of Crimes Act to fund initiatives that “address organised crime harm and drug-related harm, test innovative solutions to complex issues relating to crime-related harm” and “enable agencies to build an evidence-based case of what works in addressing crime-related harm”.

To obtain funding an initiative must be approved by a panel consisting of senior representatives from the Ministry of Justice, Ara Poutama Aotearoa (Department of Corrections), Te Puni Kōkiri, Ministry of Health, Ministry of Education, New Zealand Police, The Treasury, Oranga Tamariki and the chief science adviser. The panel then makes recommendations to the prime minister, minister of finance and minister of justice, who determine which proposals should be approved and funded.

In response, National has drafted a bill it says would prevent future government funding from being granted to organised crime units. It says the Gang Funding Prohibition Bill would ensure any person responsible for the expenditure of public money must take reasonable steps to ensure that the public money under their control was not used directly or indirectly to make payment to gangs. 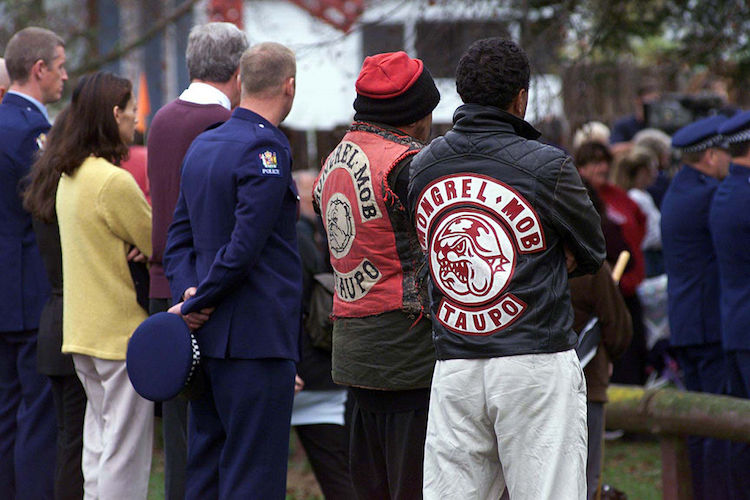 Police officers stand next to Mongrel Mob members outside the Mangakino school where the funeral of murdered South Waikato officer Murray Stretch was held in June 2017. (Photo: Ross Setford/Getty Images)

Claim: This is a bad use of government money

The National Party and mental health advocate Mike King have come out in opposition to government funding being used to fund the Kahukura programme. They say there were more deserving causes that were desperate for money, such as Victim Support or mental health charities.

But Jacinda Ardern, as one of the ministers who signed off on the funding, says she stands by the use of public funds. The pilot programme that ran last year resulted in a “high compliance with court orders” and “showed signs of success”, she said on Monday.

Given the amount of backlash, one would think this is the first time public funds had been used to support this type of programme. However, this programme had been modelled on a previous programme funded under John Key’s National government, and delivered alongside the Mongrel Mob.

In 2010, the Salvation Army worked with the Mongrel Mob to deliver the Hauora programme, funded through the prime minister’s Tackling Methamphetamine Action Plan. An independent evaluation showed it significantly reduced drug use among the community. For example, one-month post programme, no participant reported daily use of any drug, compared to 48% of participants using meth daily and three quarters of participants using cannabis daily. Meanwhile, six months after the programme 92% of participants had continued sustained abstinence from meth use. There were also indications of reduced criminal behaviour, and the participants reported improved family relationships, cultural connections and overall wellbeing.

But not all programmes have such success. In 2016, Key also signed off on a $920,000 contract for rehab programme Wakatika Ora, run by the Consultancy Advocacy and Research Trust, whose chairman was lifetime Black Power member Denis O’Reilly. The programme was pitched as being run by the Salvation Army, in collaboration with gang members. But the Ministry of Health cut funding in 2019 over a lack of progress.

And in 2012, Whānau Ora money provided to a trust to help deliver programmes to the Mongrel Mob in Dunedin were misappropriated by members to buy cannabis, with intent to sell it.

The University of Canterbury’s Gilbert said the intent behind the new programme and others like it was good, but the execution was paramount.

But Gilbert pointed to previous failed attempts as an argument for “really tight and strict oversight”.

In the case of Kahukura, the Ministry of Health, as lead agency, will be responsible for expenditure and reporting on progress for the next four years.

The negative gang narrative is largely expected whenever this type of story pops up. Some gangs are highly criminalised, and have become synonymous with drug use, drug supply, gun violence and family violence. The complex factors leading to criminality offer reasons for this behaviour, but do not mean those involved in notorious activity should be excused, or held accountable.

But gangs are not monolithic entities – there are differences between gangs, between chapters, and between the members and associates. Some gangs have changed tack in recent years in an effort to take a more prosocial approach and help their communities.

But in some instances these efforts have been undermined when senior members of chapters looking to do away with the “bad gang” narrative have been brought up on charges like meth distribution, or possessing an illegal weapon.

The issue of gangs in New Zealand is undoubtedly nuanced, and while some do bring harm to communities, there are also efforts to improve wellbeing and move away from notorious activities. It seems counterproductive to attack those offering innovative solutions, like Kahukura.