As Savage’s DJ, Toko Manuel plays to thousands every summer, but mentoring South Auckland’s next generation of hip-hop artists is what brings him the most satisfaction.

Jay-Z’s famous line “I’m not a businessman, I’m a business, man” is an apt description of South Auckland hip-hop producer Toko Manuel. Over a 15-year career, the Māngere East resident has held most roles in the music industry, including DJing and producing for multi-award-winning rapper Savage, touring the country with his own group, running a hip-hop radio station, and managing a record label.

He says it took a chance meeting with Scribe in 2003 to provide him with the inspiration to go from being a DJ at his mates’ parties to realising he could make a job out of it. “Scribe was one of my mate’s cousins, and so he brought him over to my house and he told me to get myself a studio, learn how to make beats. I started making music and from there we formed a group called Recommended Dosage.”

The group was able to secure funding for a music video as well as tour the country with other hip-hop artists, but Manuel quickly realised he would need to do more than just make music. From there he set up lines of merchandise, started a radio station and launched a record label. 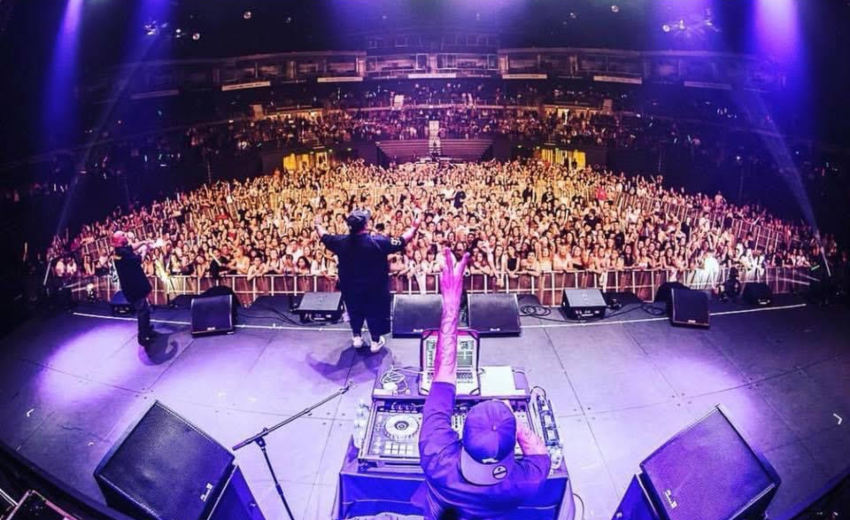 Toko Manuel performs with Savage at a number of music festivals and summer concerts every year (Photo: Supplied)

But he says it’s been his collaboration with Auckland Council’s property development arm, Eke Panuku, that has been the “real game-changer” in terms of fostering the next crop of hip-hop talent. “A guy from Panuku emailed me and said ‘I love what you do and I see your purpose’,” Manuel says. “But I was thinking ‘who is this guy?’”

The guy was Ole Maiava, a senior placemaker with Eke Panuku, and he was looking for someone to organise events and play live music at recently developed South Auckland sites. “Toko was referred [to us] through South Auckland hip-hop performer Savage,” Maiava says. “RepFM had obvious potential and a real heart for the South Auckland community so we got them involved in #OurManukau activations.”

Maiava says Manuel is now one of the council-controlled organisation’s “go-to” contractors because he’s also ensuring local youth are being trained in how to “set up for events [and] learn council event permitting processes”, all while getting paid. Eke Panuku has given Manuel access to two solar-powered containers in the heart of Manukau’s CBD to run his Passion to Profession mentoring programme, facilities which will also be available to other local users in the future.

Manuel says one of the biggest things he’s learnt from working with Maiava is “knowing what I’m worth”, and it’s something he’s passing on to others. “I’m sustainable now,” he says. “These contracts have made it possible for me to run my own events and free workshops with kids and I’m able to give other guys a job, and so everything has built up from there.” A group of south Auckland youth setting up for an event that Toko Manuel’s Rep FM is delivering for Eke Panuku in Manukau. (Photo: Supplied)

Manuel takes on a group of 10 young people each year teaching them how to hone their craft and “turn this music thing into a job”. He says the key is creating good music and then leveraging off that to create other income streams such as selling merchandise, running events or through royalties. “My aim is to work with these kids until they own their own business, so they understand taxes, GST, expenses and they all understand what the 31st of March means too.”

One of the most promising artists he works with is his own son, Justin, aka J Hustle, who’s recently signed with Savage’s Australia label TMRW Music, as well as producing a line of clothing, sunglasses and watches.

As a high school dropout who grew up watching friends and family go into crime, Manuel says seeing his son “break the cycle” and get into music is a dream come true. “My son has never seen the side of the streets that I saw growing up,” the proud father of four says. “I wasn’t in gangs but many of my family were and I grew up in a background where there were no opportunities and I got caught up in all the wrong stuff. So finding music was really a chance to change my life.” Toko Manuel, centre-right, and his son Justin, far right, with Savage after a concert (Photo: Supplied)

He admits that while his various music ventures haven’t been hugely profitable, the combination of his different endeavours has ensured he can keep running his mentoring programmes for free in order to unlock the potential of the youth in his area.

“Our kids around here look up to the drug dealers and gangsters,” he says. “I’ve seen 13 and 14-year-olds on Harley Davidsons, and so we have to promote a different option for our kids. If I can give some young kid a template for how to make it in music and stop them selling drugs or doing burglaries, then I’m all for that.”

And he believes the key to success for these kids is staying true to their hood, just as he has.

“I’m forming diamonds out of the rough and I’m one of the only people doing this, because this is where I’m from, because it takes someone from the community to make it work. And the ones who make it will be those who know how to survive and have that street background.”