Auckland Council has signed off on a new strategy to make it easier to recycle or get rid of inorganic waste, but according to South Auckland community leaders, it doesn’t go far enough.

Tucked a few streets back from former prime minister William Massey’s beautiful old homestead in Māngere East is an urban Garden of Eden.

A veritable vegetarian feast sprouts from an array of brightly painted tyres and lovingly restored wooden pallets nestled at the back of the ME Family Service Centre’s offices. The site also boasts a secondhand and bric-a-brac store, with a plethora of building supplies and furniture goods.

It’s all part of a community recycling centre run by the organisation’s Talking Rubbish team, with one of the widest range of recycled items in South Auckland. It offers visitors the chance to buy or trade for homeware, clothes, toys, car seats and even timber and plumbing materials. Talking Rubbish team leader Justine Skilling says the project began with a contract with Auckland Airport in 2017 to rehome left luggage and lost property. Since then the organisation, which also runs an early childhood centre and a social work service, has expanded a lot. The original resource recovery room is still there but now the team is able to help out with deliveries to locals thanks to a shiny new van donated by the Māngere-Ōtāhuhu Local Board. The flourishing gardens at the back of the site provide a place for the childcare centre and local primary to compost their organic waste, as well as teach kids how to grow their own food. And if families can’t afford to buy some of the amazing designer clothes that have been discarded by rich tourists (particularly common pre-Covid), they can volunteer some time helping out in exchange for items they want.

The organisation weighs every donation it receives so it can measure how much is being reused and recycled. A whopping 14,000kg  of “waste” has been kept out of landfill just in the past year, Skilling says. Asked for the team’s favourite trades, she mentions providing tents and sleeping bags to the protectors at Ihumātao, resourcing local students with camping gear to enable them to attend their school camps, and resourcing Te Puea Marae with sheets and bedding as they set up emergency accommodation for homeless families.

However, the recycling centre is unlikely to be part of Auckland Council’s recently adopted Resource Recovery Network Strategy 2021, which will see council set up an additional nine community recycling centres and two resource recovery parks across the city.

Councillors approved the strategy at the February Environment and Climate Change Committee meeting, where they were told that a new South Auckland community recycling centre will be located between Ōtara and Howick, and a resource recovery park is likely to be somewhere in the Manurewa area. ME Family Service Centre’s chief executive Peter Sykes says it’s frustrating that the council doesn’t have plans to develop a site in Māngere given the suburb’s size and expected population growth.

“The council seems to think one recovery centre would be enough for a population almost the size of the Taranaki, Whanganui and Manawatū regions. The logic doesn’t work. From my perspective, if the council was serious about being zero waste and about local place-based solutions, then why aren’t they suggesting that some of the space from Watercare be made available for a Māngere centre?”

The strategy includes an additional $10.8 million for operational costs over 10 years and $29.8 million of capital expenditure. The resource recovery parks will be larger and focus on high volumes of commercial waste and are expected to be self-funding, while the community recycling centres will focus on household and small business waste and will require council subsidies to operate.

Auckland councillor for the Manurewa-Papakura ward Daniel Newman says that while he supports the strategy, he doesn’t feel it goes far enough in providing South Aucklanders an effective and low-cost way of reducing their waste.

He says that while the new facilities will be part of the solution to the city’s waste challenges, they can’t be the full answer.

“The council’s real issue here is that it’s been quite good at putting the squeeze on the level of service available to the community, but it’s been very slow in the rollout of alternatives.” 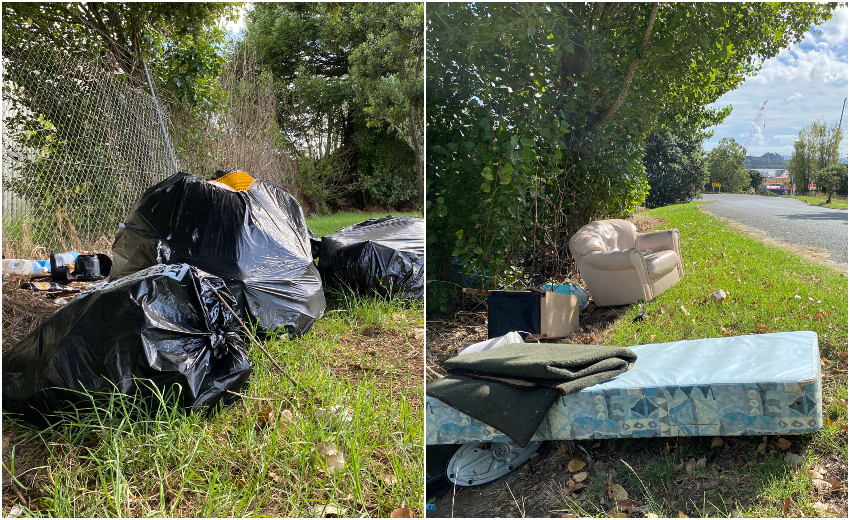 Newman says his greatest concern is the amount of illegal dumping happening in South Auckland. For the problem to be solved, more investment into the region’s waste infrastructure is needed, he says.

“The nirvana for some in council is we reduce rubbish collections down to fortnightly and we reduce the size of the bins. I think a recycling centre is part of the answer – but the primary thing we need is a resource recovery park where you can not only take your recyclables but also your organic and inorganic rubbish.

”And the critical thing, from a South Auckland perspective, is to keep the fees as low as possible.”

In 2020, around 15,000 tonnes of waste was illegally dumped in Auckland, and Newman says that “by a wide margin”, the majority of that was in South Auckland.

“People have been naive for years thinking that we can stick a pamphlet in someone’s letterbox saying reduce waste and it will happen. The reality is you and I might be able to afford to do that, but Auckland is not a monolith.

“There’s a lot of waste in South Auckland that’s being fly-tipped and a lot of it is languishing on properties or ending up in community-funded skip bins. So you have to provide a way for people to manage their waste in a cost-effective, manageable way.”

“And it’s not just jobs for the sake of jobs, but it’s about how do we create well-meaning jobs that are here to last.”

According to Sood, there’s a possibility that the strategy could expand to include more recycling centres in South Auckland. She says her team is committed to working closely with the council’s community empowerment and community and social innovation units to ensure they get it right.

She says she hopes the network strategy can be “a mechanism for jobs and a green economy to be created for Pacific and Māori organisations” in the south and west of Auckland.

But Sykes isn’t convinced council staff will be able to deliver a solution that is a fit with his community’s needs.

“The model council uses is what I call ‘paratroopers’, where they dump a whole army or squad of staff who do something using their networks and their own capacity, so there’s no local capacity building or use of local networks. Council staff tend to work in-house and its contractors – who are usually CBD-based – don’t know place-based solutions or have local relationships.”

The resource recovery network strategy could be a positive step, he says, “but what we need is Māngere solutions, for Māngere people, by Māngere people”.