A lockdown of another sort played out on a street in Māngere East earlier this month as police tried to apprehend two men following a firearm callout. And an innocent bystander was caught up in the tumult.

Timothée Matariki gets up for another day of taxi driving. Before heading home, he stops at a post office, does some banking and buys a 710ml bottle of V.

The 37-year-old pulls up onto the grass verge outside his place in Māngere East and notices over a dozen police officers milling around his street. His mum, who he’s shared the Henwood Road home with for the last 32 years, is on the front lawn trying to work out what all the commotion is about. Thinking he should get his dog inside, with no inkling of what is about to unfold, he heads through his house to the backdoor.

“I step outside, look up and there’s several cops with guns at my back gate, telling me to put my hands up,” he says, remembering the incident. “They say: ‘we know who you’re with, we know who’s in your house’.” Armed with only his bottle of V, he tells the police they must have gone to the wrong place.

“I’m thinking what the eff is going on? I was then told to open the back gate and as I came over, they pushed me to the ground, spread my arms and legs apart and started patting me down, while a couple of officers pointed their guns at me.” 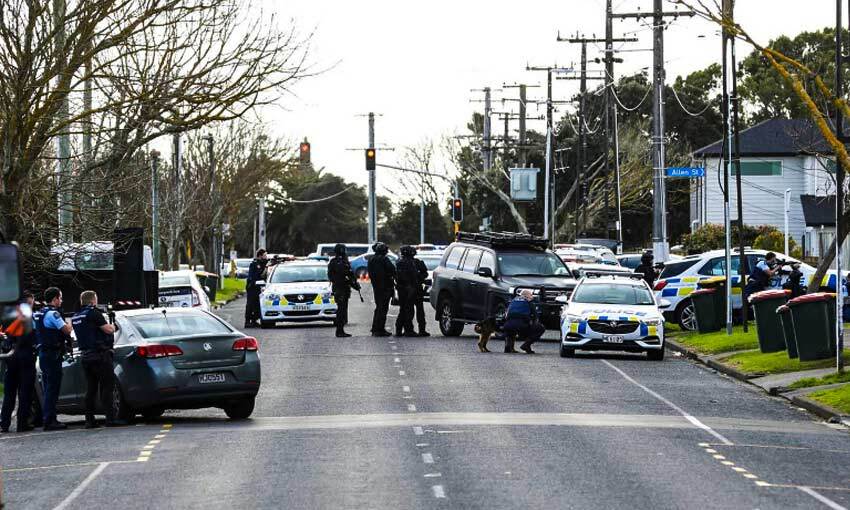 Despite having GPS logs showing where he had been driving all day as well as an in-car dash cam backing up his movements, Matariki is taken up the street for questioning. As he’s being led away his sister tries to call him. “They then snatched my phone off me and next minute two cops come over and say, ‘we need to arrest this guy, we think he’s involved and that’s why he’s trying to use his phone’.”

Matariki is questioned about his connection to the other offender, who is cuffed in his neighbour’s backyard. “It just got very very intense. They said ‘don’t talk bullshit, we know you’re with another person’.

“And I said, ‘I don’t know him for a bar of soap. I’ve never seen him in my life and there’s only two of us who live at this house’.”

Matariki gets vocal, demanding the officers do their job properly because “you’ve got the wrong guy”.

He says he was left in handcuffs for over an hour, while his neighbours started taking photos and sharing the incident on social media.

Matariki says an officer eventually released him, after saying “he knew I wasn’t involved but these hot heads [the Armed Offenders Squad] think they know what’s best”. Upon reflection, Matariki wonders whether police would have taken the same heavy-handed approach if he lived in another suburb. “I think they prejudged the situation but I don’t know how that happened. It felt quite extreme, and given firearms were involved – it could have been much worse.”

The experience has left him feeling highly anxious if such an incident could happen again and while he’s heard “pretty much nothing” from Victim Support, he’s received help from a local community organisation, Māngere Connect.

Mangere Connect’s coordinator Toni Helleur says the recent gun-related incidents have made everyone in the area very nervous and she hopes more can be done to support those unintentionally impacted by these situations. “The police did what they had to do but they admitted to us that they don’t really have a process for what happens to support people caught up in an incident like this.” Police told Helleur they’re looking to review this process.

In a written statement, Waitematā police’s detective inspector Kevin McNaughton said they have since apologised to Matariki, but the incident was “extremely fast moving … where there was a serious risk to our community and police staff”.

“While clearing an address of interest and looking for the offenders and firearm, a male entered the address. He was briefly detained, and then it was quickly established that he was not involved in the situation and he was released. At no point was he arrested.”

A gun was eventually recovered and the two offenders who sparked the incident now face a raft of charges and the matter is before the courts.

Matariki is back driving taxis, drinking V, and despite a few sleepless night thinking about what could have been, he feels somewhat relieved he was at the scene for his mother.

“I was lucky I came home when I did as I took the heat for my mum. But at the end of the day it’s something that could have happened to anybody.”